I think my mistake arises from the absolute value. I hope someone can figure it out. Thanks!

You have shown that $\hat \beta = \frac{1}{n}\sum_{i=1}^n |X_i|$ is the MLE of $\beta$ in a Laplace (double-exponential) distribution with median $0$ and scale parameter $\beta$ according to the given PDF. (See Wikipedia on 'Laplace distribution'.)

I hope this demonstration helps you identify the role of the estimator $\hat \beta$ and its relationship to the population variance.

Below is are plots of original Laplace data x, sample medians h, sample $\hat \beta$s b, and sample variances v. 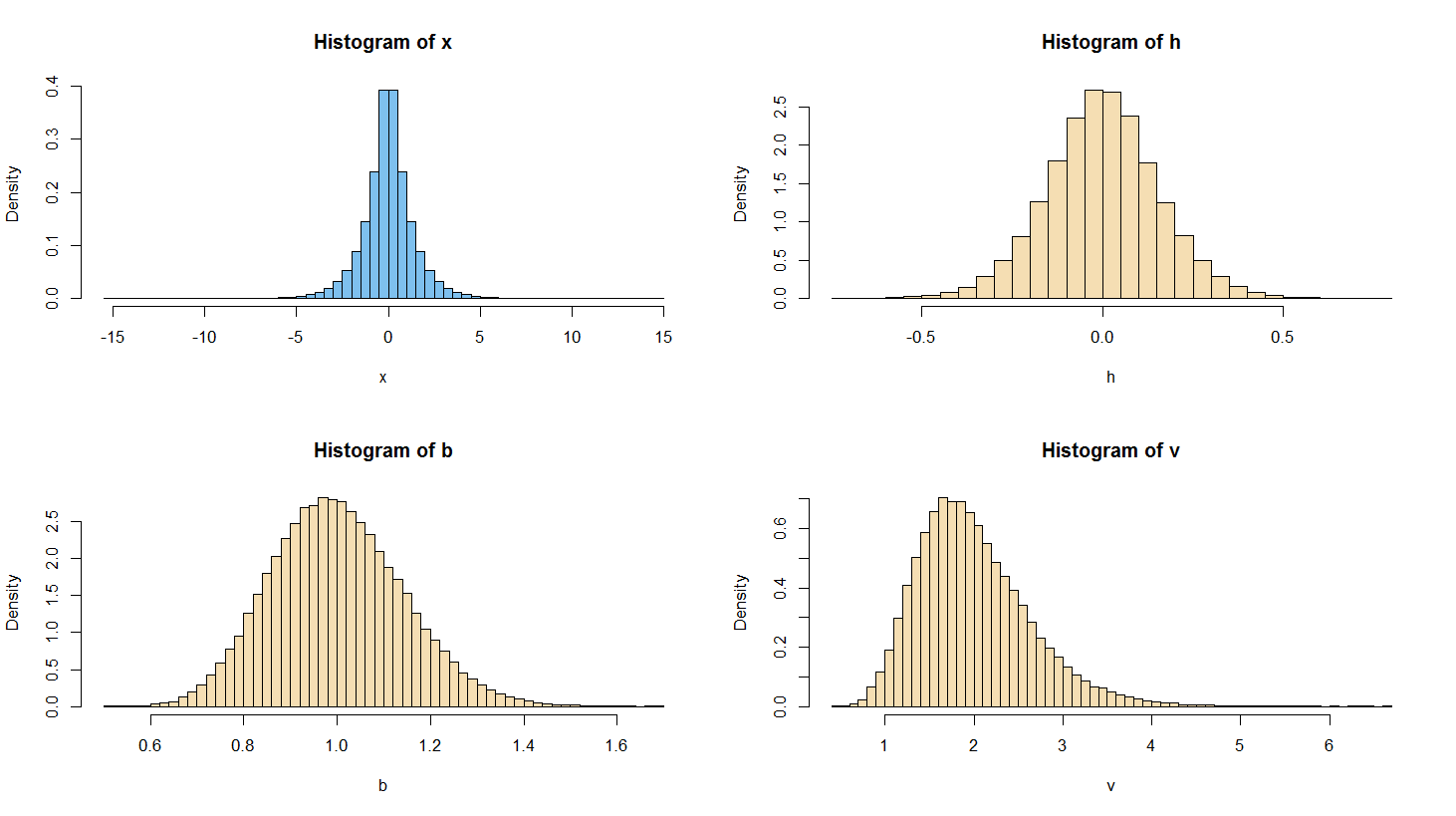 Not the answer you're looking for? Browse other questions tagged statistics statistical-inference estimation parameter-estimation or ask your own question.