When solving a problem, I got stuck in solving this equation. Is there any Mathematician who could solve it?

Since there is only one derivative (with respect to only one variable $t$), the equation is a simple ODE. The general solution is shown below. 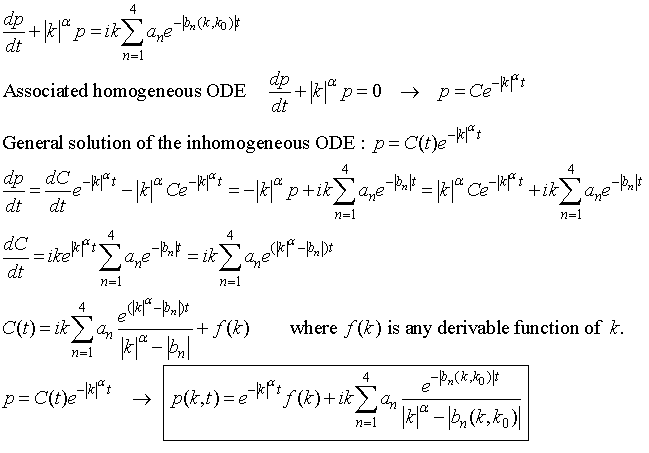 Nevertheless, in the differential equations, it is of use to name "variables" those that are involved as derivatives and name "parameters" those that are not involved as derivatives. In the present case there is only one variable $t$ and several parameters $k,k_0,\alpha,a_n$. Also, it is of use to use the symbol $\partial$ if they are several variables (in sens of differential equation) and the symbol $d$ if there is only one variable (which is the case in the present problem). Of course, this is valid even if some parameters are considered as variables in further calculus (such as $k$ in the present case).