Could anyone please explain me why you must assume to be win at i+1 and lose at i-1 in order to get to the highlighted lines? Thanks a lot. 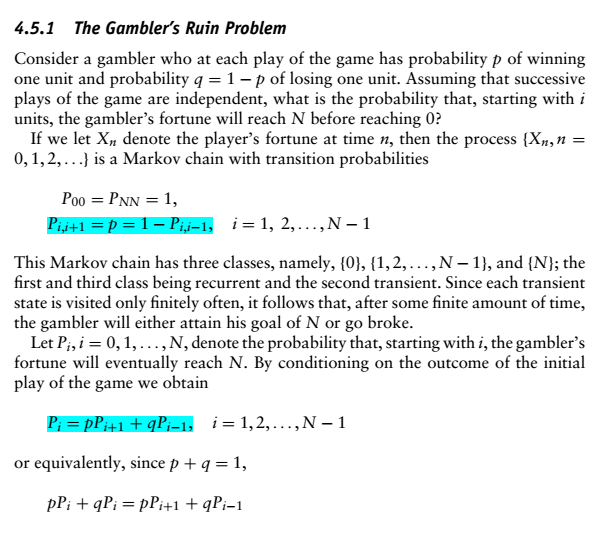 Not the answer you're looking for? Browse other questions tagged markov-chains or ask your own question.