While solving some math problem about graphs, I came up with an interesting question. Maybe it looks a bit hard to understand, but when you visualize how it works, it is pretty simple.

Consider an undirected graph with the following properties:

All of these rules have its inverse. This means that if we have some graph $G_1$, we can transform it to any graph $G_2$ for which, if we apply some rule, it bacomes $G_1$.

This is the definition of my graph. The first question I came up with is "Do such a functions $f_1,f_2,f_3,f_4$ exist?" This was not a hard problem. I've already proved these functions exist. The question I couldn't answer is "Is there a graph which satisfies these specifications, but we cannot solve it using the provided rules?" I spent a lot of time trying to find such a graph or prove it doesn't exist, but I couldn't.

For instance, lets solve this graph. 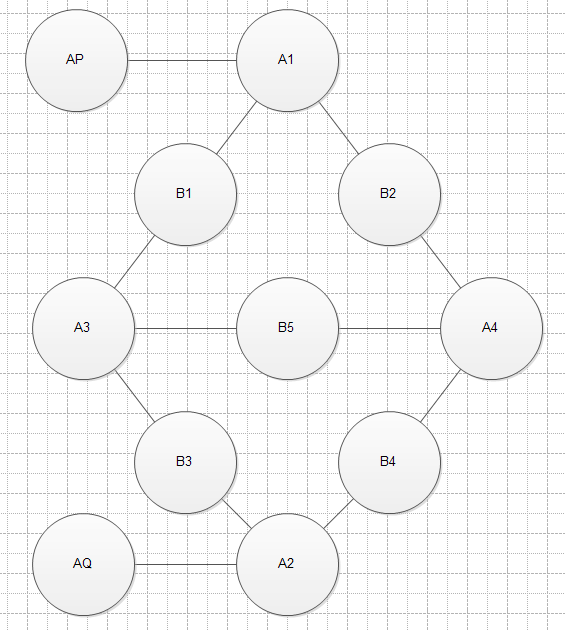 I solved a lot of graphs, but I couldn't find any unsolvable graph. Just because of curiosity, I am wondering if we can construct an unsolvable graph, or can we prove it doesn't exist? I don't think the answer may be helpful to anyone, so don't get this question too serious. Only if you have a time to spend, you can help me to prove it.

Because it may be confusing what are $A_P$ and $A_Q$, $B_P$ and $B_Q$, what is the difference between base and non-base nodes, what can be removed and what cannot, I will explain it carefully. These are the questions someone may ask (while I still think these explanations are not necessary because the above definitions should be enough):

Since this seems to be the question that won't die, I will post with an analysis of the issues with how the problem is posed. Until the whole thing is completely rewritten, I think this is the best answer that this question can hope for.

The question could maybe be clarified a lot by removing all references to the $f_{i}$ functions and the valuation function, since they aren't at all relevant to the reduction operation. Maybe then the roles of the different types of vertices in this process could be explained more clearly.

To summarize, we have a class of undirected graphs. Each node of the graph has a type (which may be $A$ or $B$) and a value (which is a number). There are two distinct special values $a_p$ and $a_q$; there is exactly one node of type $A$ with weight $a_p$ and one with weight $a_q,$ designated (respectively) $A_P$ and $A_Q.$ There are two numbers $b_p$ and $b_q$ that are special values for nodes of type $B,$ but there is no restriction on how many nodes of type $B$ have either of these values.

Rules 1, 2, and 3 allow the removal of self-connections and the removal of any node (other than the special nodes $A_P$ and $A_Q$) if that node has one connection or no connections. The other rules are represented by the following figures, in which the shapes of nodes are used as an added visual cue to which nodes are removed and which are added, according to the following legend: 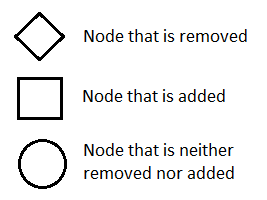 It is given in the question that every transformation described by the above rules can be reversed, that is, there is an "inverse rule" for each of the rules 1 through 11.

Also note that in the inverse rule of Rule 8 or Rule 9, neither $b_1$ nor $b_2$ is a function of $b_3$ unless $f_1$ or $f_2$ (respectively) is an injective function. Such functions of type $\mathbb R\times\mathbb R\to\mathbb R$ exist, but they are not "nice" functions, so it seems reasonable to suppose that the inverses of Rule 8 and Rule 9 are nondeterministic. The inverses of Rules 2, 3, and 4 seem clearly nondeterministic, so it seems reasonable to suppose that Rule 5 is too.

It is impossible to transform a graph to the form specified in Rule 12 if any type-$B$ node has three or more connections, since the only rule that can apply to such a node is Rule 5, which does not change the number of connections.

If there is no $B$-node with three or more connections, then it seems simple enough to use Rules 5, 6, 8, 9, and their inverses to transform any graph into one in which every $A$-node (except possibly $A_P$ and $A_Q$) has at least three connections, each to a $B$-node, and each $B$ node is connected to exactly two $A$-nodes. And that's as far as I have gotten yet.

This is not a complete answer, but may provide some useful information.

In the example, after applying rule 10, one gets the graph 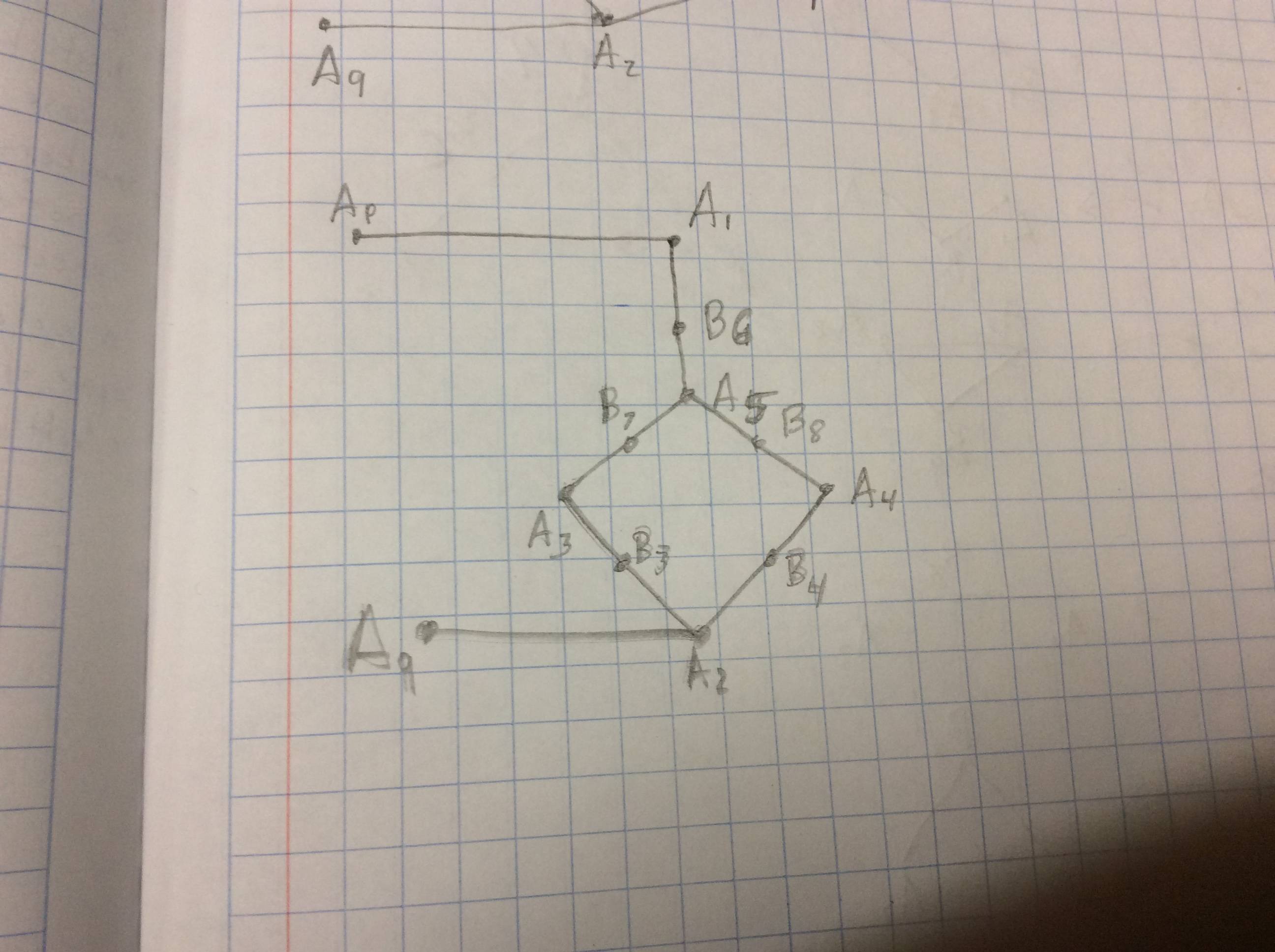 But rule 8 says that you can do this: 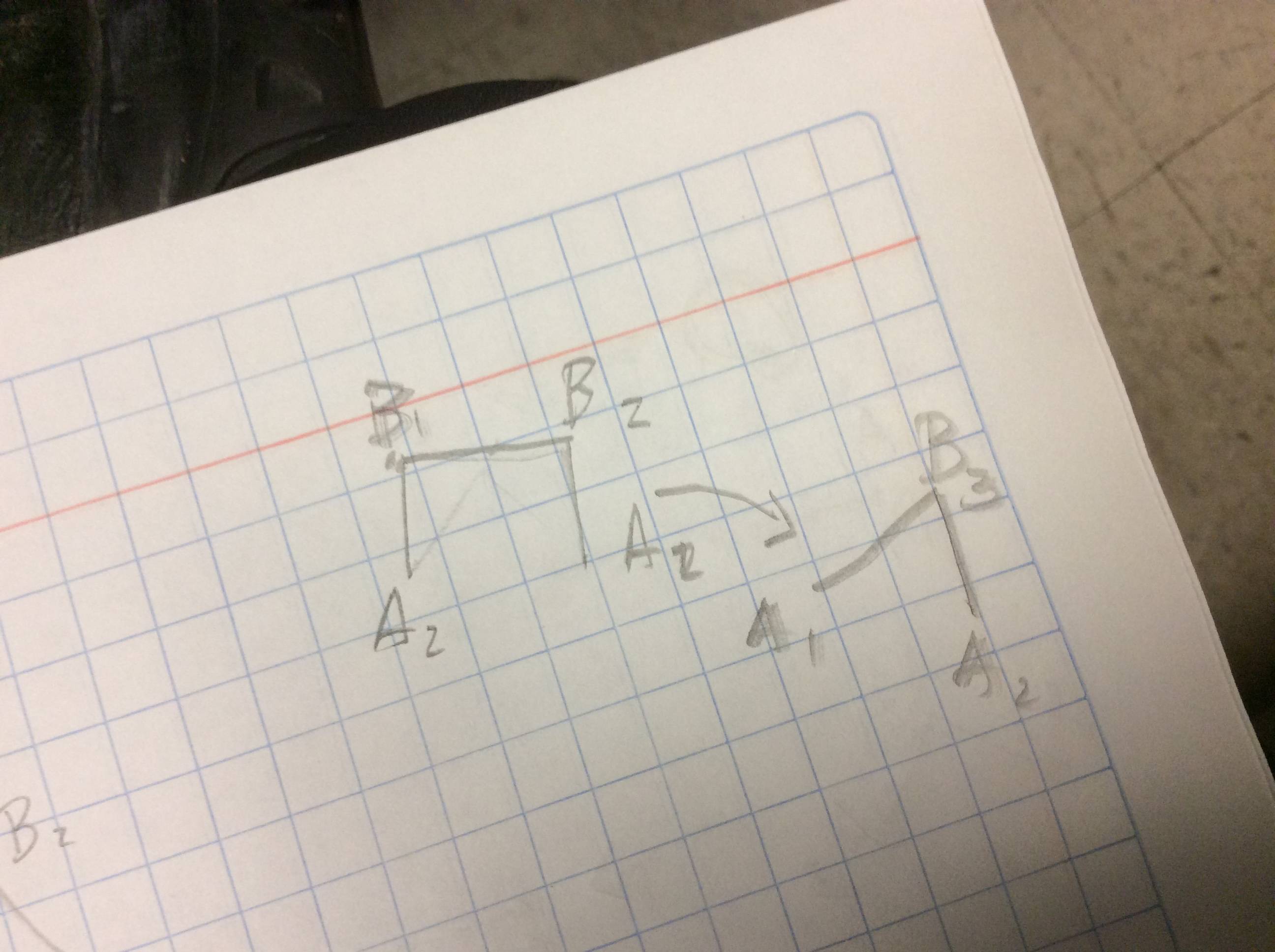 So, I don't see where you can apply rule 8 in the new graph.

Not the answer you're looking for? Browse other questions tagged graph-theory algorithms algebraic-graph-theory or ask your own question.

3
Effecient way to find optimal solution in a 2 player game
3
How to arrange $n$ pairs of numbers so that this expression is minimized
1
Proof in Graph Theory
1
Expected number of connected singletons in random graph
5
Directed graph, partition
0
Reformulating a problem as graph theoretic
3
Undirected Connected Graph : Number of unique path
1
Proof for a simple graph puzzle