Note: I have a proof based on several questions from a French selective exam (see below), and I was looking for a more straight forward proof... if possible. 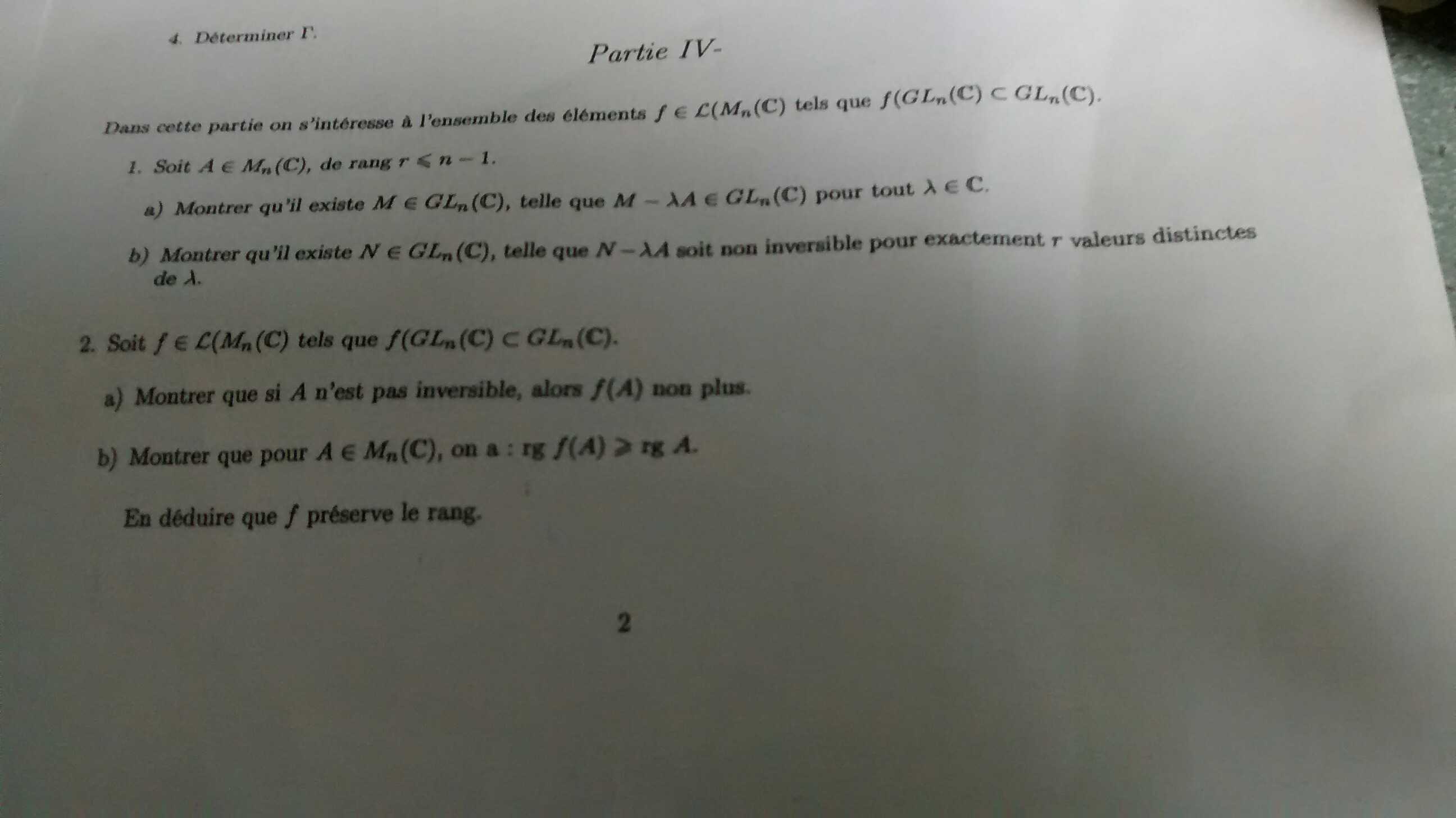 (This is not an answer, but a long comment.)

Of all these tricks, the most important one is the following:

Rather than considering how a matrix is transformed, consider how a set of matrices is transformed. Characterise each matrix of interest as members of some sets that enjoy some nice properties (geometric, algebraic, topological etc.) properties, and show that these sets are preserved by the linear operator.

The exact matrix sets we look at are case-dependent. Sometimes they are matrix subspaces, sometimes orbits of group actions, sometimes tangent spaces, sometimes extreme points of convex sets and sometimes even intersections of different sets of matrices. In your case, the examination paper considers two kinds of matrix pencils:

The conclusion of (1) illustrates another trick:

If $f$ preserves a certain set of matrices, it is often useful (but not always possible) to prove that $f$ also preserves the set's complement.

While the examination paper does not spell out the remaining details, what comes after (2) is another useful trick:

If possible, it is often useful to prove that the linear preserver is bijective and its inverse also preserves the desired property in question.

In your case, having (2), we immediately get that $f$ is bijective. Since $f$ preserves both singular and nonsingular matrices, its inverse $f^{-1}$ must also preserve both singular and nonsingular matrices. So, by applying (2) to $f^{-1}$, we get also $\operatorname{rank}(f^{-1}(A))\ge\operatorname{rank}(A)$. Now the conclusion follows from the two rank inequalities.

Admittedly, the three aforementioned ways of thinking are not always applicable, but more often than not, they are applied successfully in the literature.

Not the answer you're looking for? Browse other questions tagged linear-algebra matrices matrix-rank or ask your own question.