Area of “polygon” inscribed in circle, whose side lengths form a geometric series

$\{v_0, v_n : n\in \Bbb{N}\}$ are points on the circumference of a unit circle, having the following three properties:

I want to find the area of this "polygon" in terms of the side ratio $r$. (Although the number of sides needed to close the shape is infinite, one can easily define the area as the limit, as $k$ goes to infinity, of the area formed by the first $k$ sides and an added last side connecting $v_{k-1}$ to $v_0$.)

EDIT For $r$ below about $0.6$, the first arc covers more than half the circle, and the area of the polygon does not include that first "super-wedge." In that circumstance, $L(r)$ would have the property that

However, my numerical fiddling around indicates that you can't satisfy this, and that makes sense since arcsin is concave upwards.

EDIT The nearly straight line case does not happen; see the edit above.

My question, then, is to find $A(r)$, or failing that, to describe some non-trivial properties of $A(r)$. 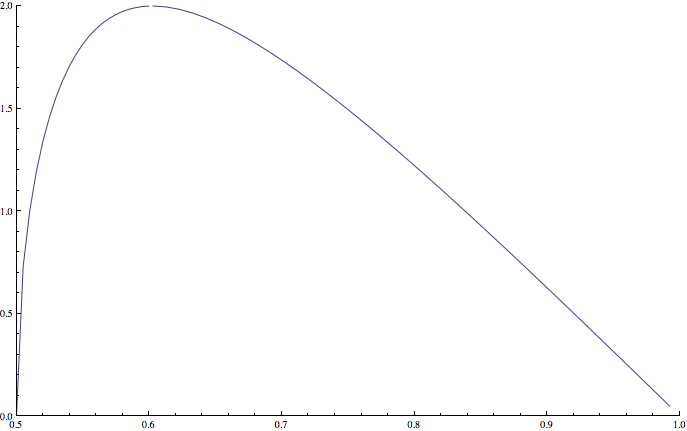 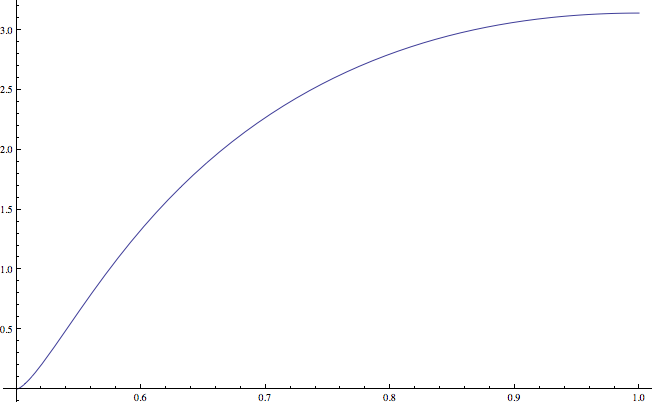 For a better visualization of the behaviour near $r=1/2$ here's a close-up of the same plot: 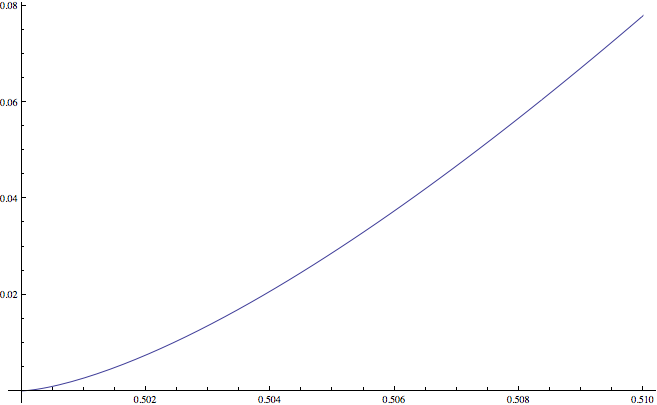 Not the answer you're looking for? Browse other questions tagged geometry limits trigonometry or ask your own question.

28
Proof that every polygon with an inscribed circle is convex?
3
How to find area of a circle using a regular polygon?
3
Least area of maximal triangle inside convex $n$-gon.
4
Maximum area enclosure given side lengths
2
A white square has a red circle inscribed in it, which has a white square inscribed in it, and so on. Find the red area
6
No polygon has the same area as the difference between its inscribed and circumscribed circles
0
Worst-Case Addition to Smallest Enclosing Circle
1
How does one calculate the area of the constricted area given below whether the constricted arc converge (not shown) as a circle or not?
0
A circle of radius 1 is inscribed inside a regular octagon (a polygon with eight sides of length b). Calculate the octagon’s perimeter and its area.
2
How to calculate the Area of a “Polygon” including Arcs