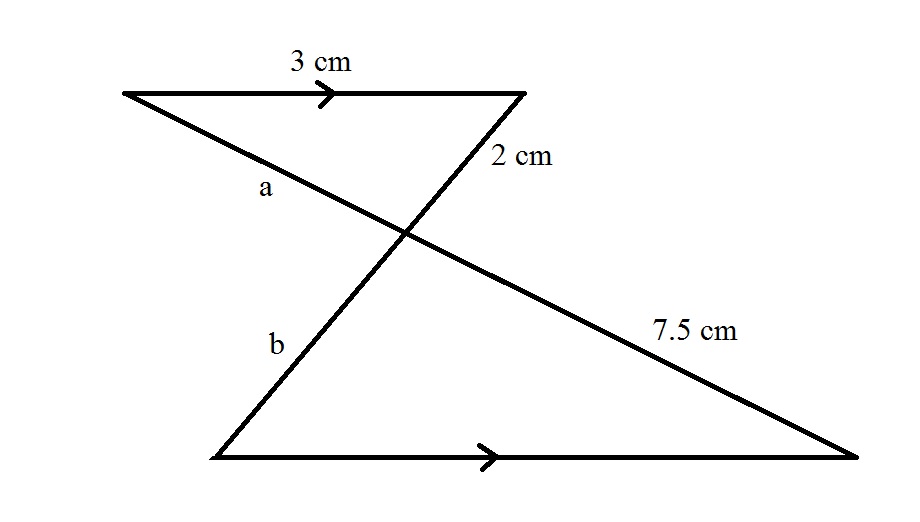 This problem is from a Year 9 Oxford Maths textbook. I have tried to solve it since yesterday to no avail. Here are the questions - It is only (b/c) that I cannot solve, but I included the other questions since it gives us an idea of the methods that they want us to use:

a) Using an understanding of angles and parallel lines, explain why the triangles on the right are similar.
b) Match corresponding sides and find the scale factor between the two triangles.
c) Find the length of the unknown sides

I have also tried rotating the smaller triangle into the bigger triangle, to form something like this: 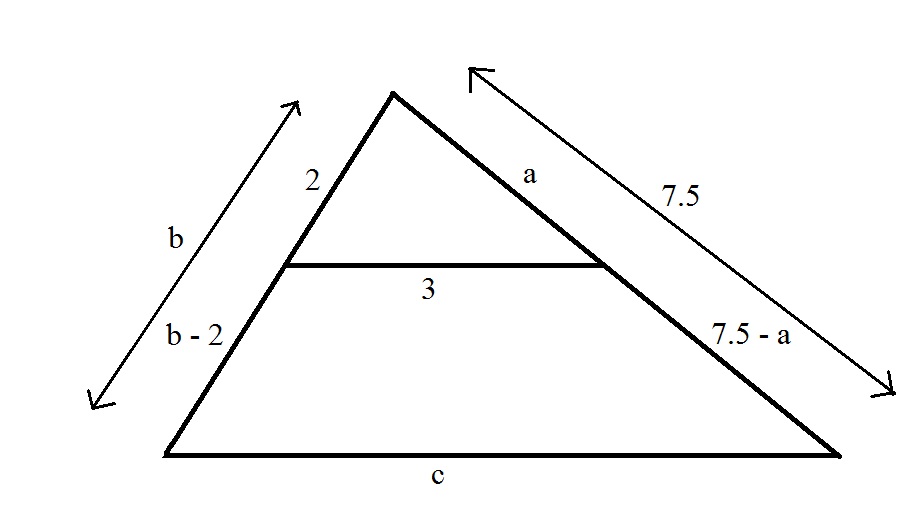 From there, I tried to see if I could find the missing variables from comparing the equations but that didn't work either. I found that ab = 15, ac = 22.5 and 2c = 3b, but that didn't help, as a and b had no corresponding sides and were lengths of different triangles. I couldn't find the length of the unknown sides ultimately because there were too many variables.

How do you solve this problem? I know that there is apparently a specific answer (as shown below), but since there are no corresponding sides, can't any value be placed in a and b, as long as they are to scale?

Here are the answers (mouse over to see):

I also tried this, but I'm not sure whether it can be proven to be possible. The answer I got by assuming that the height of the triangle was 3 was quite close to the scale factor... When I rounded the scale factor off into a whole number it gave the correct answer for some reason. Can this be proven possible/impossible: Triangles rotated into one big triangle

I read the original question on the e-book, but I don't have it now. Here is the original picture of the problem. (very badly taken, question numbers are off the page): Original pic

The problem is undetermined as stated. However, you get the answer you quoted with the additional assumption that the red line completes an isosceles triangle having the bottom horizontal segment as its base. 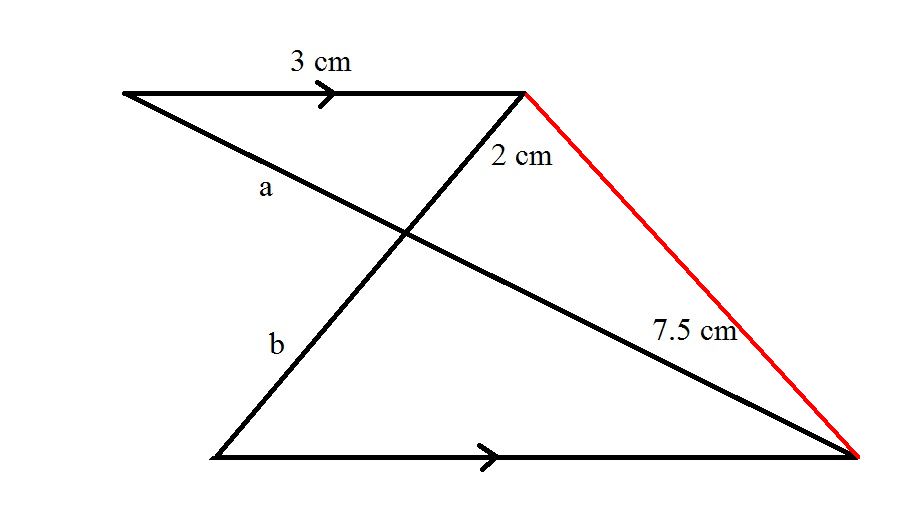 Whether that's something that you were expected to assume from the picture, or the problem forgot to mention some other condition, that's anybody's guess.

[EDIT] Following is the sketch of the proof using the additional assumption.

Let $\alpha$ be the angle in the top left corner. Then, by similarity and the law of cosines:

Eliminate $\cos \alpha$ between the last two, then solve the remaining two equations in $a,b$.

I think what they want is for you to measure on the figure using a ruler (or measure the angles), and figure out the scale factor using your measurement experimentally. Other than that, there is no way you can find the sides without supplementary information. Note that the parallel sides are found also by observation.