I have two arbitrary lines in 3D space, and I want to find the distance between them, as well as the two points on these lines that are closest to each other. Naturally, this only concerns the skew case, since the parallel and intersecting cases are trivial.

So specifically, given two lines

The idea is that for the line segment of the shortest length, it has to be perpendicular to both the other lines.

In case anyone else was, like me, looking to implement this, here is some example code in Python that follows @user2255770's answer:

That answer used an off-site link to give the details of the solution, however. In the interest of a more self-contained answer, I'll adapt the off-site answer to your particular problem statement.

I work in a language that lacks a solver for systems of equations as we see in Brian's answer, so I thought I'd try a different solution. It too relies on perpendicularity, but it works by scaling the unit vector $\hat{b}$ by the length of $\hat{b}$ projected onto the $ab$ plane, or the rejection of $\hat{a}$ and $\hat{c}$ from $\hat{b}$ .

I've put together a visualization using OpenScad, which converts pretty easily to glm/GLSL: 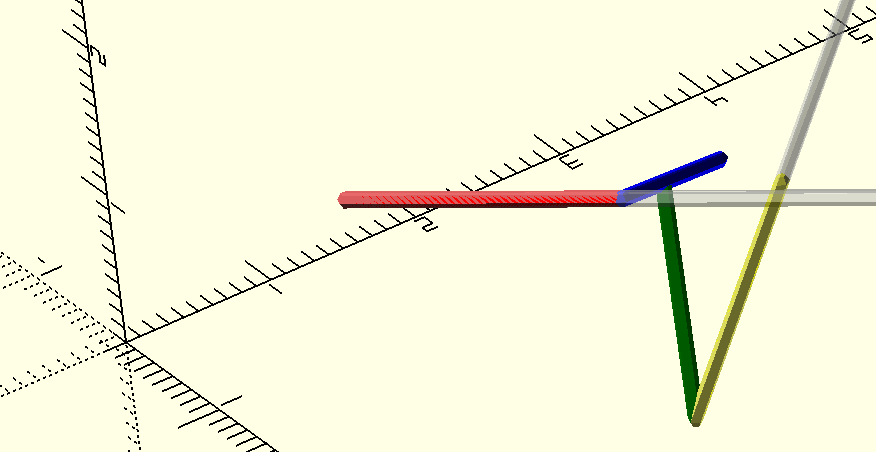