What's the name or class of the following tetrahedron-like shape? 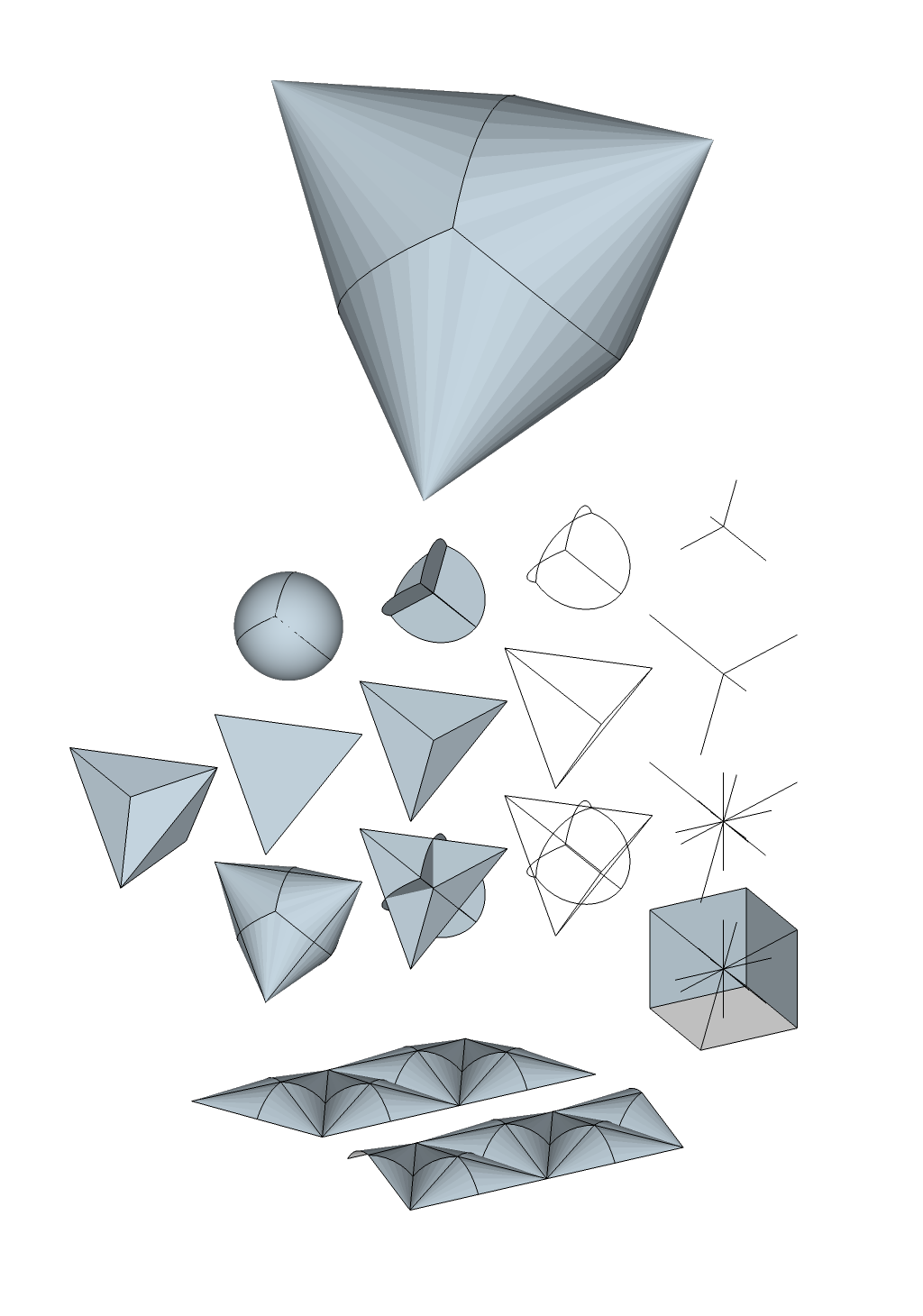 It's apparently some sort of (not strictly convex) shell of a tetrahedron and it's scaled spherical projection dual compound, which both share the same outer cube.

It has some interesting properties, since it's still unfoldable to a flat net, and when used as a projection surface, as in the Authagraph world map has a less abrupt change in curvature, and therefore less angular distortion than a regular tetrahedron.

It's construction can be described of placing 6 intersecting oblique solid bicones with their straight long edge (apex-circle-apex is a straight line normal to the base circle's plane) on the edges of the tetrahedron, and circle centers placed at the centroid.

It's therefore not! constructable from 4 right circular cones placed with apexes on the tetrahedron's vertices.

If the cone base circle is a unit circle, the height of the cone is $\sqrt2$ or double that for the bicone. 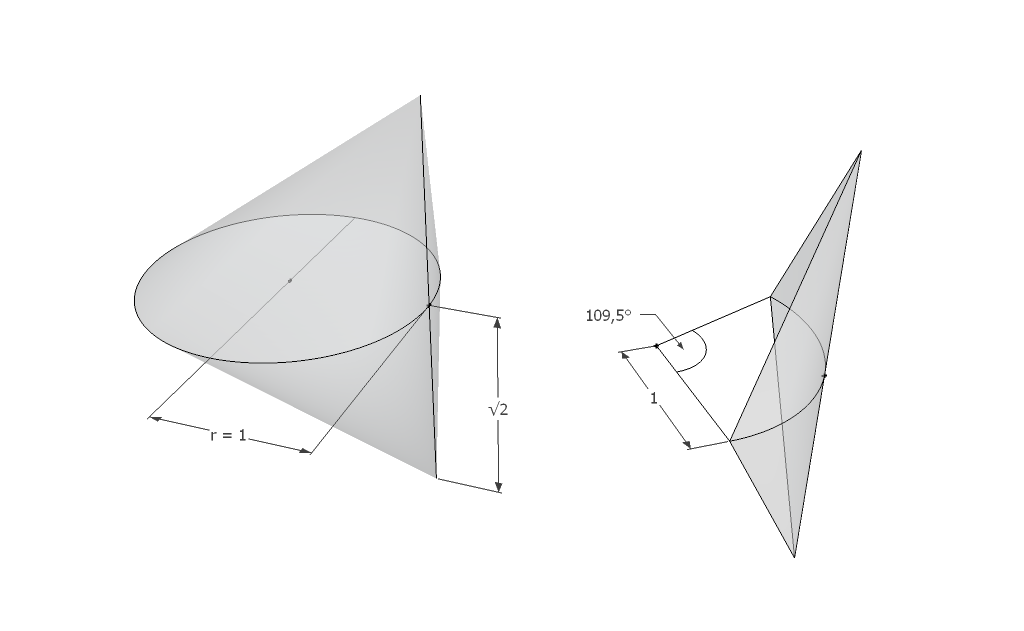 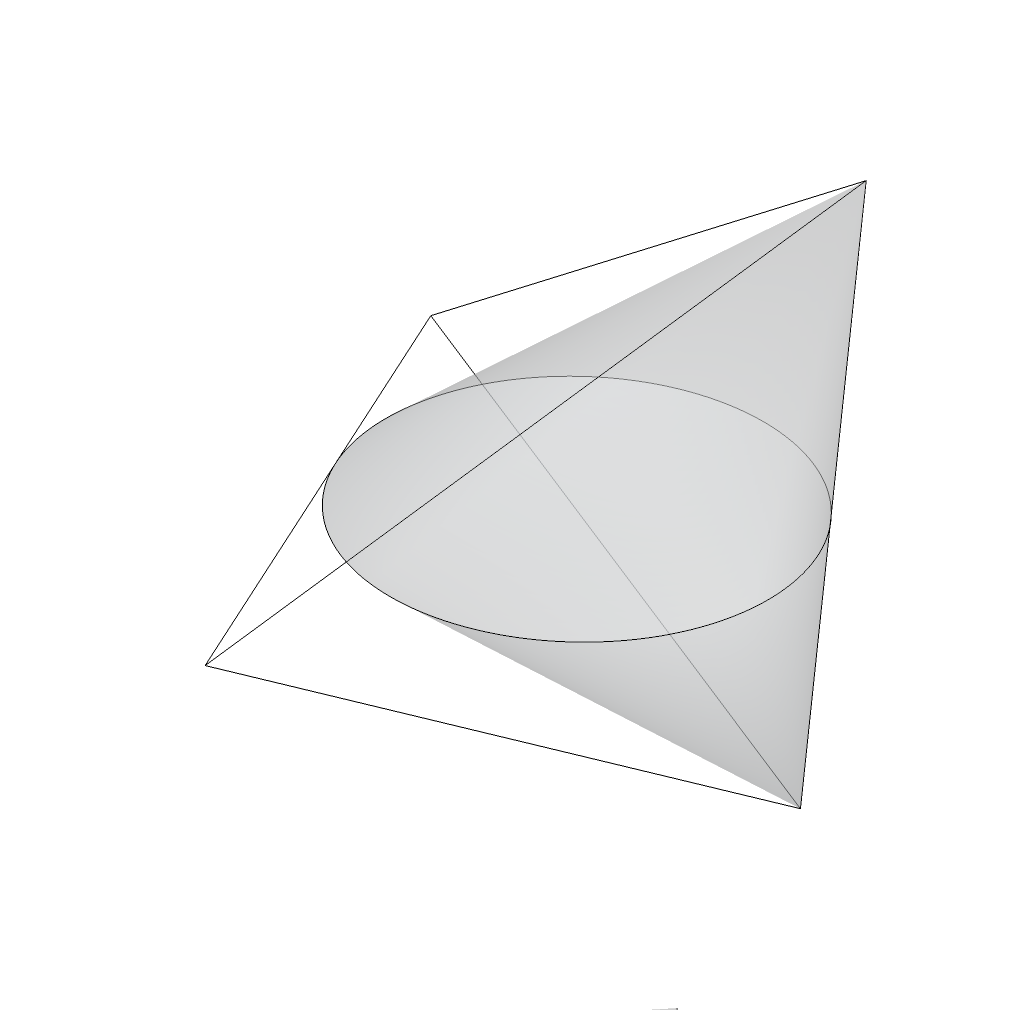 Note the adjoined cones don't meet at flat surface, but something like 163.5° (~16°) making the shape effectively concave.

A google (image) search for "inflated tetrahedron" hits quite near, yet yields no satisfying mathematical descriptions to me.

Related terms I was able to find so far:

It apparently doesn't have the properties of a Reuleaux or Meissner tetrahedron, since the plain tetrahedron is still present in the rounded out edges, which are still straight lines between the tetrahedrons vertices.

Can this be generalized for other simplexes?

1
Stacking the dual tetrahedron in an ordinary tetrahedron. Is it possible?
14
What shape is a Calippo?
5
Calippo, toothpaste and milk .. packing
0
Finding the circumradius of a regular tetrahedron
1
Number of Regular tetrahedron from Unit cube
0
Helical cross-section as result of lathe/milling operation (cylinder intersection)