How to get center coordinates of circles on edge bigger circle?

What I want to know: 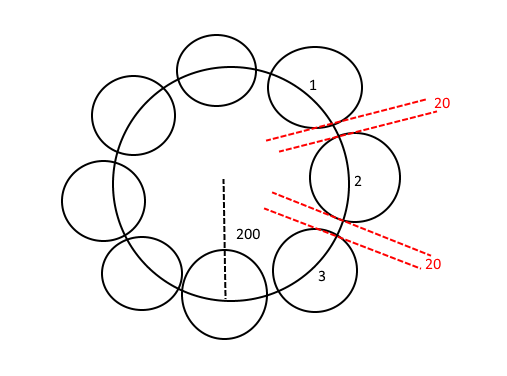 You already have a formula for finding the center of one of the small circles:

The centers of the small circles should be at

To make a "gap" of size $20$ between each pair of small circles, just set the radius of the small circles accordingly. The distance between centers is 200 * 2 * Math.sin(Math.PI/8), subtract $20$ from that for the desired gap, then divide by $2$ to get the desired radius.

From here, trigonometry or coordinate geometry will finish the job.

I'm adding the sketch of another answer which looks quite elegant to me, based on the above.

Now, we can easily scale them to the unit circle of radius $200$ by multiplying them all by 200, and converting them to cartesian form using $z = r\cos\theta + ir\sin\theta$. Then the real part is your $x$-coordinate and the imaginary part is the $y$-coordinate. The rest is rotation (changing $\theta$) or translation.

Center coordinates of all small circles are: 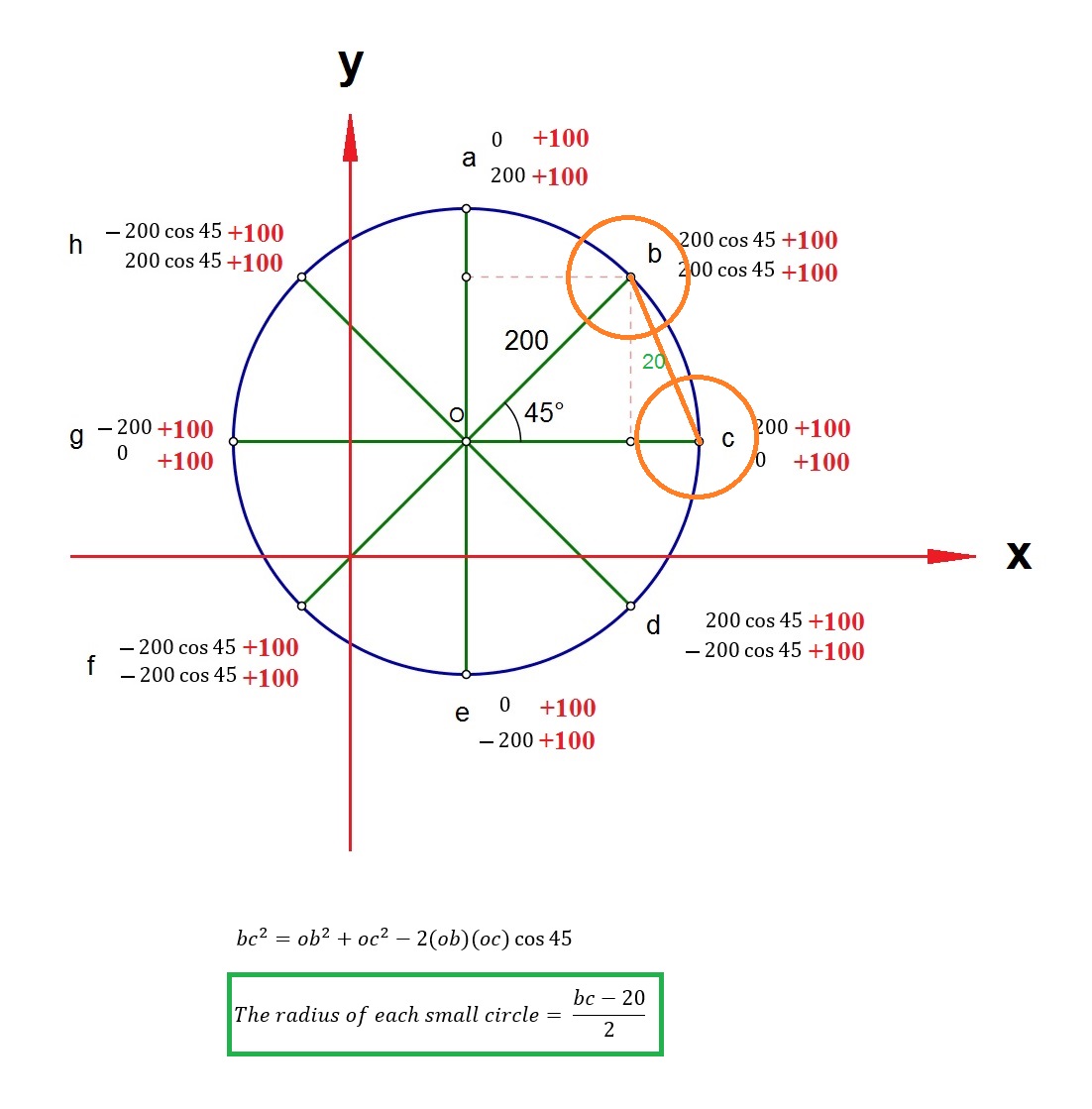 Use $\sin(\alpha/2)=(20/2)/200$ to calculate alpha of the distance. How many distances do you have? It should be eight. Now the angle of all distances between the circles is $8\alpha$. From this you can calculate the angle of the circles $\beta$ by $8\beta=360-8\alpha$. Can you complete it from here?

Not the answer you're looking for? Browse other questions tagged geometry circles coordinate-systems or ask your own question.

2
Calculate radius of variable circles surrounding big circle.
2
Calculate the closest point to the center of a circle from another circle on its radius.
0
circle tangential to inside of two intersecting circles
2
Circle around three given circles
3
Interior Area of Circle of Circles
0
Formula for Overlapping Area of Two Intersecting Circles When Center of One Circle is on Circumference of Other Circle
1
Calculate center coordinates of circles surrounding a larger circle
1
Circle packed by tangent circles
0
Find Coordinates on circles circumference.