I am trying to read and understand the paper:

by YULIY BARYSHNIKOV AND ROBERT GHRIST.

And I am having trouble with a statement. First of all, definitions: 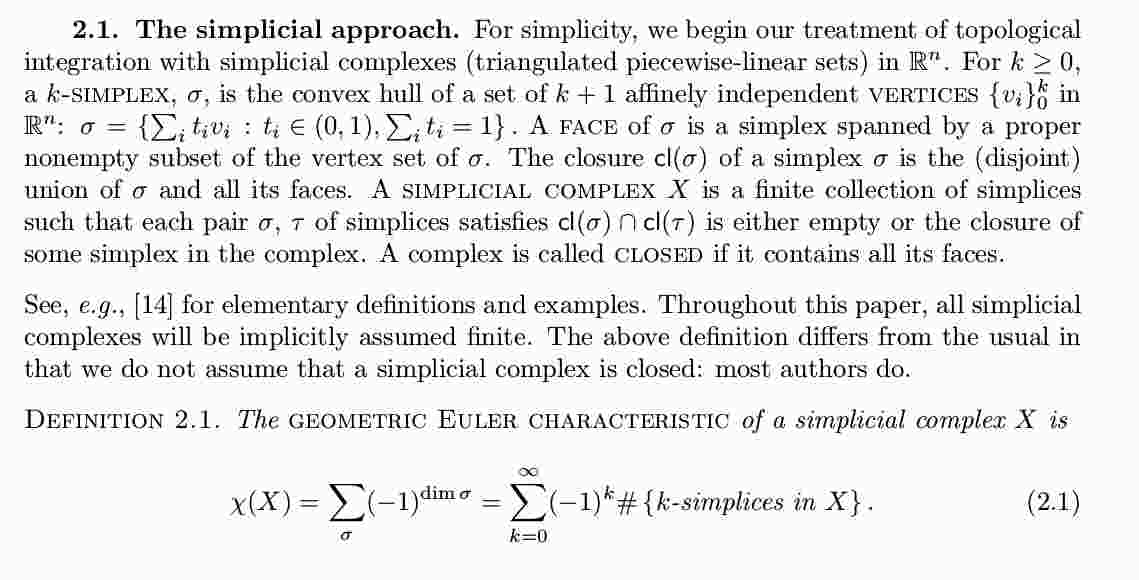 Second remark The above definition differs from the common one.

Now we continue and we introduce my problem:

Remark It is clear it is not an homotopic invariant.

WHAT I HAVE TRIED:

So thanks in advance and any help will be appreciated.

which, if I remember it correctly, defines the "right" homology theory in the context of their simplicial complexes, which, I think, is simpler than Borel-Moore.

Not the answer you're looking for? Browse other questions tagged algebraic-topology homology-cohomology geometric-topology or ask your own question.