It is know the dividing an angle in the ratio 1:3 some other ratios is not possible in general because of the impossibility of constructing transcendental numbers.

The construction given below however seems to give an approximate division of the angle in the ratio Ө/n+1 for any n $\ge 2$,

Question 1: For a given Ө and n, can we quantify the error between the exact value of Ө/n+1 and the approximate division of the angle in the ratio Ө/n+1? 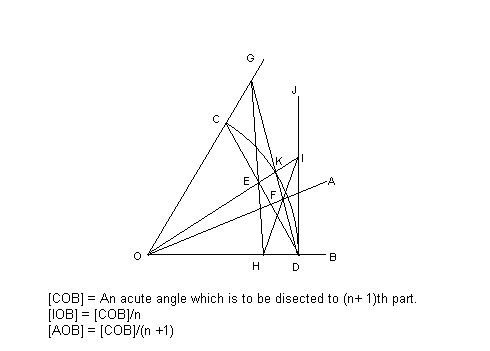 Let [COB] = Ө be any acute angle and OI be a line such that [IOB] = Ө/n, where n is a positive integer greater than or equal to 2. 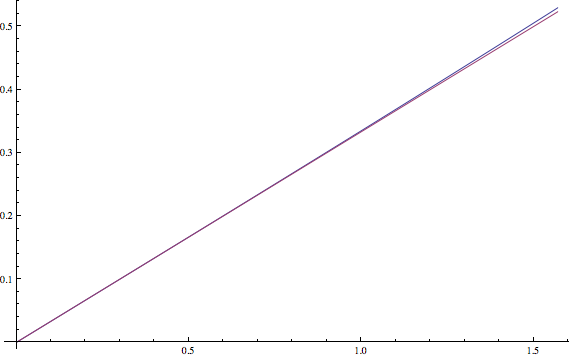 Not the answer you're looking for? Browse other questions tagged geometry euclidean-geometry geometric-construction angle or ask your own question.

8
Construct 60° angle through point, other line in only four compass-and-straightedge steps
3
Geometric proof - bisector of triangle
8
Inscribing rhombus in a triangle's angle in only eight compass-and-straightedge steps
1
Constructing a line segment through a point so it has a ratio $1:2$
3
Construction of arbitrary regular polygons with ruler and compass
1
Construct a triangle, given the angle at the vertex, the altitude, and the ratio in which its foot divides the base.
4
Proving an approximate angle trisection by compass and straightedge