I have two circles and a point.

I have circle A, point B and circle C. Circle A and Circle C do not intersect. Given point B, can I find a circle, B, which is externally tangential to A, does not intersect circle C and has the point B on its circumference?

As far as I can tell, there will be a set of solutions to the right (in the drawing) and a set to the left? I am looking for the maximum radius of circle B where this is possible.

Circles A and C, point B and a possible solution for circle B. 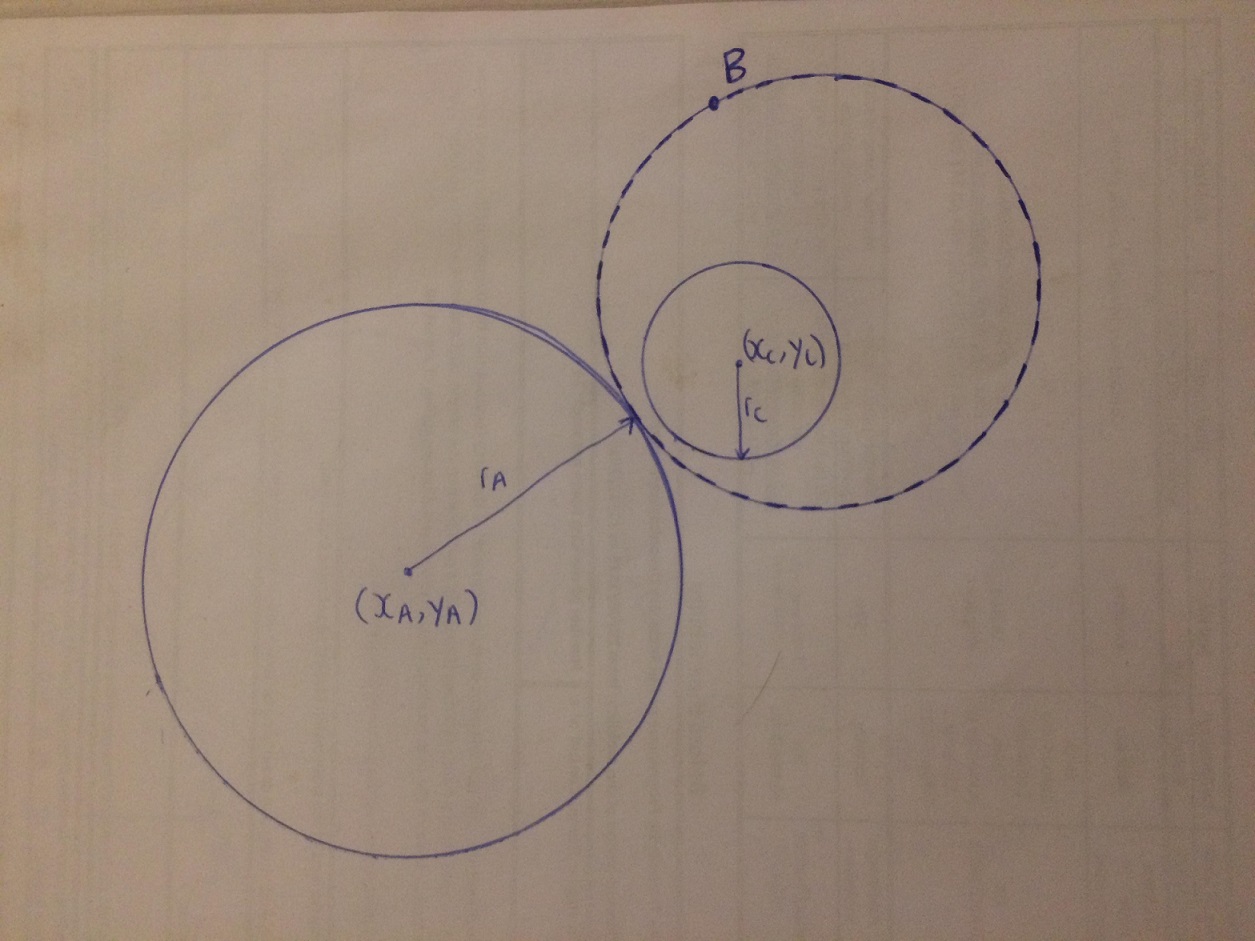 If there is a straight line passing through $B$ and between the two circles, then of course that line is the solution with highest (infinite) radius. If such line does not exist, then the highest radius circle must be tangent to both circles. This is a variation of Apollonius' problem and can be solved in many different ways.

Let then $O$ be the center of a circle through $B$, internally tangent to the circle of center $C$ and externally tangent to the circle of center $A$. If $r_A$ and $r_C$ are the radii of the circles, we then have $OB-OC=r_C$ and $OA-OB=r_A$. Thus point $O$ lies on the intersection of two hyperbolas: the first one having foci $B$, $C$ and major axis $r_C$, the second one having foci $B$, $A$ and major axis $r_A$ (see diagram below).

Of the four intersection points between the hyperbolas, only two satisfy the conditions of the problem and the one farther from $B$ is the center of the required circle (red in the diagram). 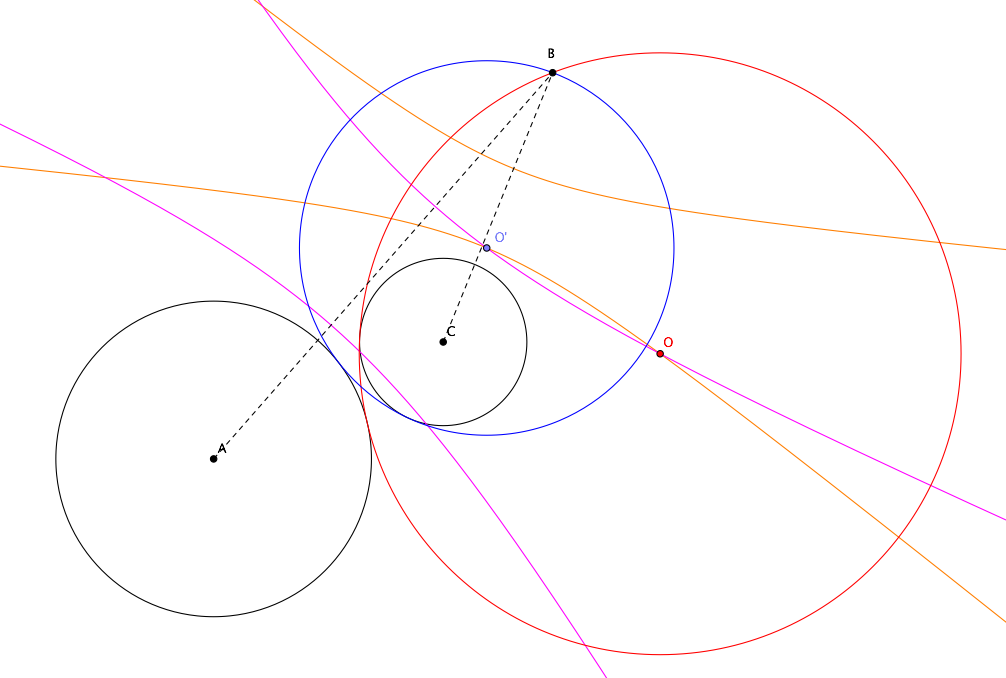 Though apparently of eighth degree, this system has only two solutions and can be solved quite easily. A symbolic expression for the solution is however too cumbersome to be reported here.

Another geometrical solution, which can be done with compass and straightedge, involves inversion by an arbitrary circle centered at $B$ (gray circle in the diagram below). The two given circles are transformed by inversion into two other circles (dashed), while any circle through $B$ is transformed by inversion into a line. But it is easy to construct the two lines tangent to the inverted circles and leaving them on opposite sides (dashed lines): by inverting those lines we get then two tangent circles passing through $B$ (red and blue circles). 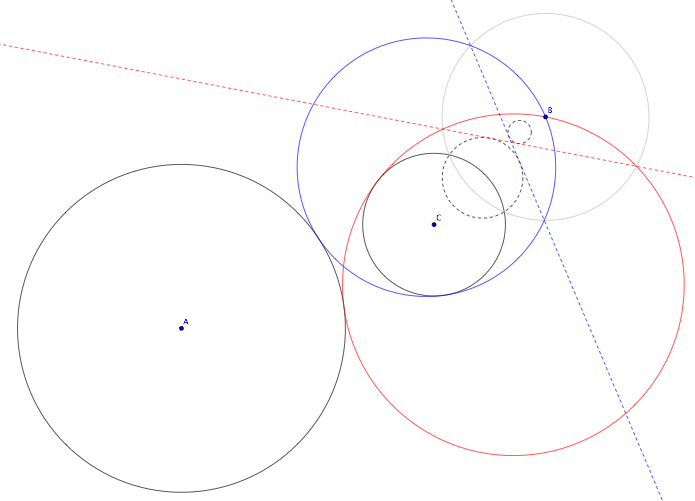 Not the answer you're looking for? Browse other questions tagged geometry circles tangent-line or ask your own question.

0
Two circles externally tangent find distance from the center of smaller circle to the point of tangency.
0
Show that the circles touch externally and find the coordinate where thy touch
0
Finding center point of a circle intersecting at one point with another
0
Finding the Measure of Radius Given The Length of Common Chord and The Distance between Two Centers
0
Does the line connecting the centers of two externally tangent circles contain the point of tangency?
3
Interior Area of Circle of Circles
2
Tangential Circles