Reasoning about Lie theory and the Exponential Map

I'm having a little difficulty wrapping my head around Lie theory (I'm a computer scientist, so perhaps that's to be expected).

Specifically, considering the following definition from Wikipedia for the exponential map. What is the significance of the identity element? I think that this could be to do with the derivative of exp being equal to the function itself, but I'm not quite sure if I'm on the right track here. Any nudges in the right direction would be highly appreciated.

"Let G be a Lie group and $\mathfrak{g}$ be its Lie algebra (thought of as the tangent space to the identity element of G). The exponential map is a map $\exp\colon \mathfrak g \to G$ which can be defined in several different ways."

There is a precise sense in which the Lie algebra consists of "infinitesimal elements": whenever a Lie group $G$ acts on a manifold $M$ by symmetries, the Lie algebra $\mathfrak{g}$ acts by differential operators on the smooth functions $M \to \mathbb{R}$. So they "infinitesimally generate" symmetries of $M$ (and the precise sense in which this is true is the exponential map).

The identity element does have significance, in the sense that it is the only natural way to think of the elements of the Lie Algebra as infinitesimal generators.

This map only exists when elements close to the identity are taken, as every element other than the identity is itself a generator (thus elements of the group can simply be generated via real-powers, not infinitesimally). 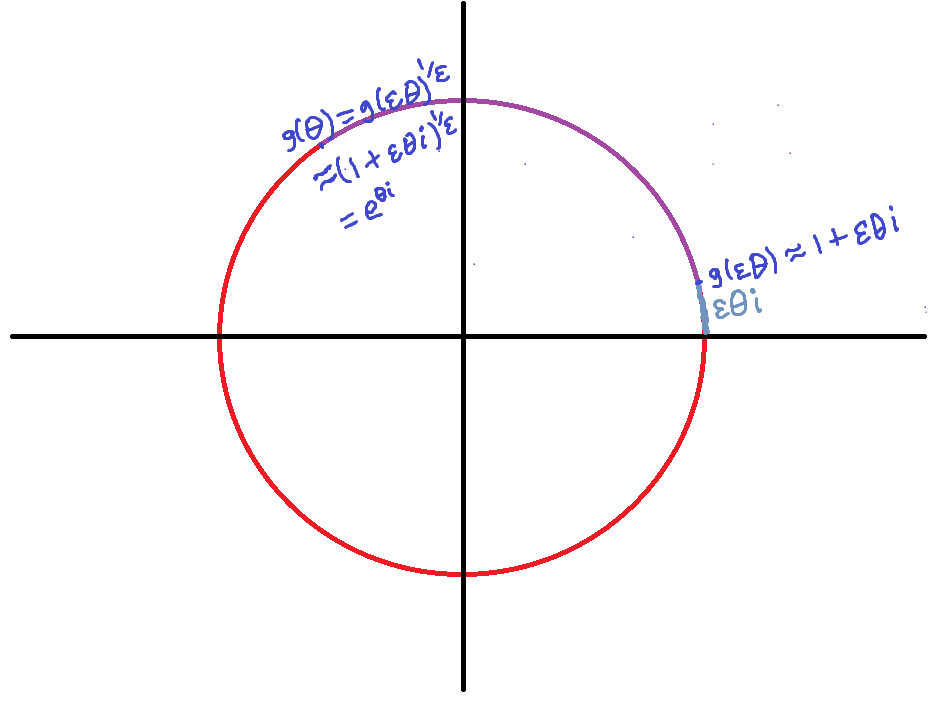 Not the answer you're looking for? Browse other questions tagged lie-groups lie-algebras or ask your own question.