Are both the Venn diagram's (i and ii) showing dependent properties (showing that A and B are dependent on one another), I am told that the quartered one is independent (Venn diagram i), however I do not see any difference between the 2 diagram's. Surely P(A|B) (probability of B given A), will come out to be the same in both diagrams. This is because we are constrained to A and AB (highlighted red in Venn diagrams) as we know the outcome will be either AA or AB. Further, the ratio of N(AB) to N(A) will give us our probability P(A|B), which can be seen to lie in both diagrams to be in the region A and AB. 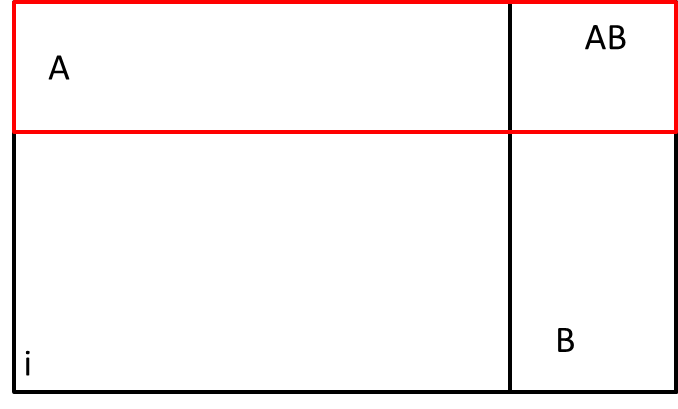 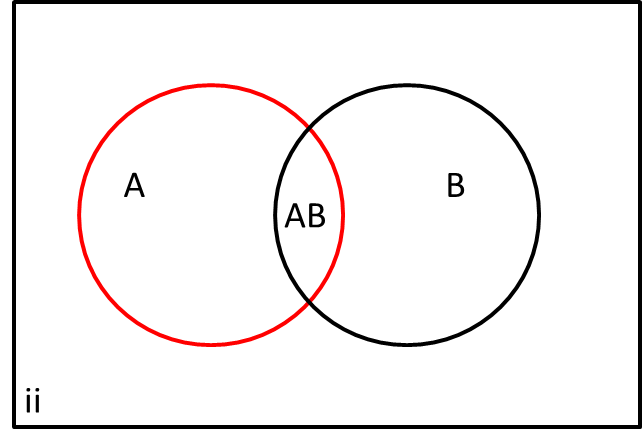 Edit: as @Henry commented, in general Venn diagrams do not rely on surface in any way, the only thing that matters are the intersections. If you consider your diagrams are pure Venn diagrams, then it is impossible to tell apart your two diagrams, and so it is to deduce independence.

However, if you impose your diagram to respect the rule "the area is proportional to the probability", then the following applies. From what I've seen around the web, such diagrams are called scaled Euler diagram or, more informally, proportional Venn diagrams.

Think of probabilities as areas. For instance, $P(A)$ is the area of the red rectangle, divided by the total area $\Omega$. Computing $P(A|B)$ is the same, but here you only consider your universe to be the area delimited by $B$.

I found a good explanation over here.

But you cannot explain independence with Venn Diagrams.

0
How to visualize on Venn diagram P(A ∩ B), P(A | B) when A, B is independent?
7
Can one infer independence by simple reasoning/intuition?
0
Is this a trick question in probability?