Finding the inverse of an $N \times N$ matrix

I know that one easy way to find the inverse of a matrix is to reverse the two diagonal elements and change the sign of the two non-diagonal elements. Then if we divide by the determinant, we get the inverse matrix. But I'm confused how to find the determinant of this matrix (below) and also confused about why they have moved the $\epsilon$ from denominator to numerator.

Is there any easy way to find the inverse matrix?

Here is the matrix and its inverse matrix: 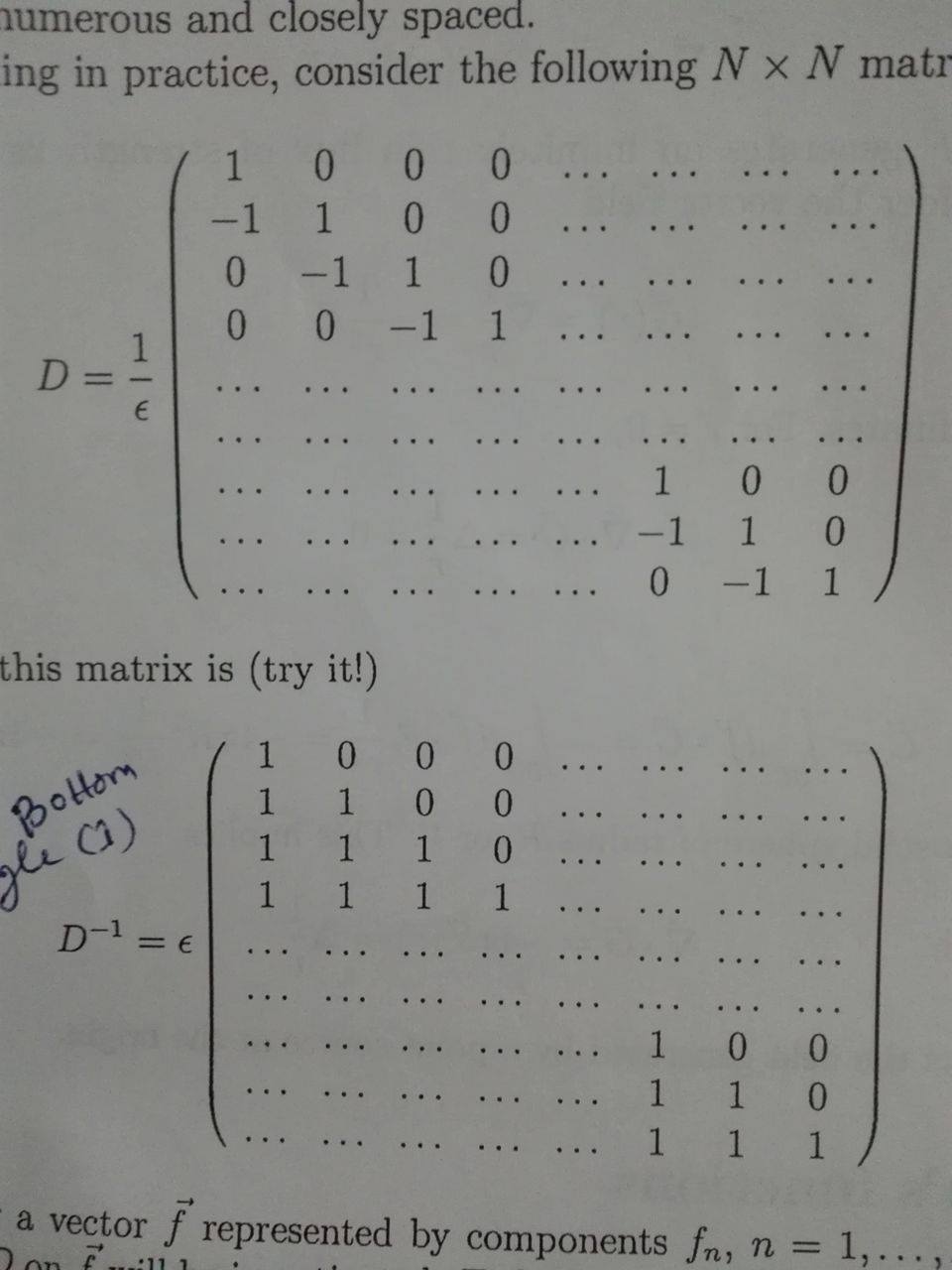 The determinant of the large matrices filled with $\pm 1$'s is $1,$ because the determinant of a triangular matrix (matrix with all zeros either above or below the diagonal) is the product of diagonal entries. The $\epsilon$ is some unknown number that is applied to all the entries, i.e. your $\pm 1$'s are $\pm \frac{1}{\epsilon}$ in the first matrix, and the second matrix is all just $\epsilon$ nonzero entries. They have, then, "factored out" the $\frac{1}{\epsilon}$ and $\epsilon$ just as you would a constant term common to every element of a vector (or a common factor of every term of a polynomial, if you want an analogy).

What do we have? Well, the matrix $A$ tells you that, for row $1$ of the matrix its multiplying by on the left hand side, keep it the same (1 in the first column entry of row 1, zeros elsewhere).

Not the answer you're looking for? Browse other questions tagged matrices algebra-precalculus inverse or ask your own question.