Less of a question and more of an exercise, it has to do with something I found while doing some programming and being unable to find things.

Basically I wanted a formula for the perfect sharing algorithm as I call it,(ABBABAABBAABABBA...), I don't know the proper name of the sequence but it's used for truly fair sharing between 2 people.

I couldn't find a formula so I figured this out after a while.

This allowed me to get a computer to achieve the algorithm in many ways, but it also raised some questions.

Question 1: Can I repeat this forever and have it properly generate the algorithm?

The algorithm is normally created by taking AB, then inverting each 2-state 'digit' and sticking it on the end (ABBA). You then take this entire sequence and repeat the process (ABBABAAB). This is an infinite sequence.

Is what I'm doing going to generate the same sequence as the second method?

Question 2. 2 people decide they want to share a task, so they use this algorithm.

a) If they know how many turns have occurred but forget who's turn it is, can they generate an equation that tells them who's turn it is given the number of turns that have passed?

b) The 2 people forget where they are in the sequence, but they know who's turn it is right now. How many previous turns will they need to remember in order to find their place again under the worse possible scenario?

The answer to your first question is yes, as Wolfram Mathworld confirms; specifically you can find here that:

[This sequence] is constructed by following a few simple steps:

(3) with the newly-created string from the previous step, go back to the beginning of step 2, and replace each $0$ and $1$ with the same values as before.

This (if you replace $0$ with $A$ and $1$ with $B$) is precisely your algorithm, which is an alternative way of generating the Thue-Morse sequence to the usual way which you mention (inverting the bits and adding the result on to the previous step - described here), so this substitution system does in fact generate the Thue-Morse sequence.

To answer part (a) of your second question, here you can find a mention of a way of calculating the $n^{th}$ term in the series:

This can be used to calculate who's turn it is if they know how many turns they have had, by simply taking the number $n$ of the turn they are up to, writing it in binary, and if there are an odd number of ones in the binary expansion then it is $B$'s turn and $A$'s turn if the number of ones is even. The same Mathworld page writes this in the simple form $t_n=s_{2}(n)\mod{2}$ where $s_{2}(n)$ is the binary digit sum.

As to part (b) of your second question, I do not know in general what information is required to be able to find your place in the series. However, simply knowing a past sequence of turns will not help if $A$ and $B$ do not know around how long they have been playing for, since if we let $S$ be the sequence of past turns that they do remember, and let $n$ be the actual position which they are at (which they want to find); then let $m=2^{\left\lceil\log_{2} n\right\rceil}$ be the next point at which the normal generating process will invert and add on the bits up to $m$. 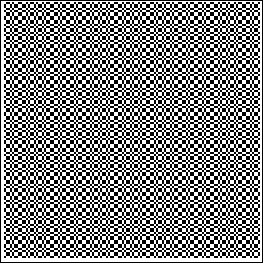 Thus if they know the last sequence of moves $S$, they would at the very least need to know around how many moves they have made already in order to be able to find where they are up to in the sequence, since the same sequence $S$ occurs infinitely many times throughout the game.

1
Cycling sequence of 0 and 1 - is cycle length even?
2
Formalizing the idea of "algorithm"
1
Help with Recursive Algorithm
1
How to correctly calculate the fractal dimension of a finite set of points?
8
How to compute a negative "Multibrot" set?
9
What's the fairest turn sequence for n players?
3
Iterative sequence converging
0
Is it possible to have a closed formula for a sequence 2, 4, 6, 8, ... and the sequence would be equidistributed?
1
Do these infinite sequences (from day 15 of "advent of code 2020") permit cycles?