$f: X \rightarrow Y$ is a homotopy equivalence $\iff$ $X$, $Y$ are both homeomorphic to a deformation retract of a space $Z$.So what?

I have started reading some algebraic topology.In this thread there is the following result:

$f: X \rightarrow Y$ is a homotopy equivalence $\iff$ $X$, $Y$ are both homeomorphic to a deformation retract of a space $Z$

This is a great example of the result and why you should care! 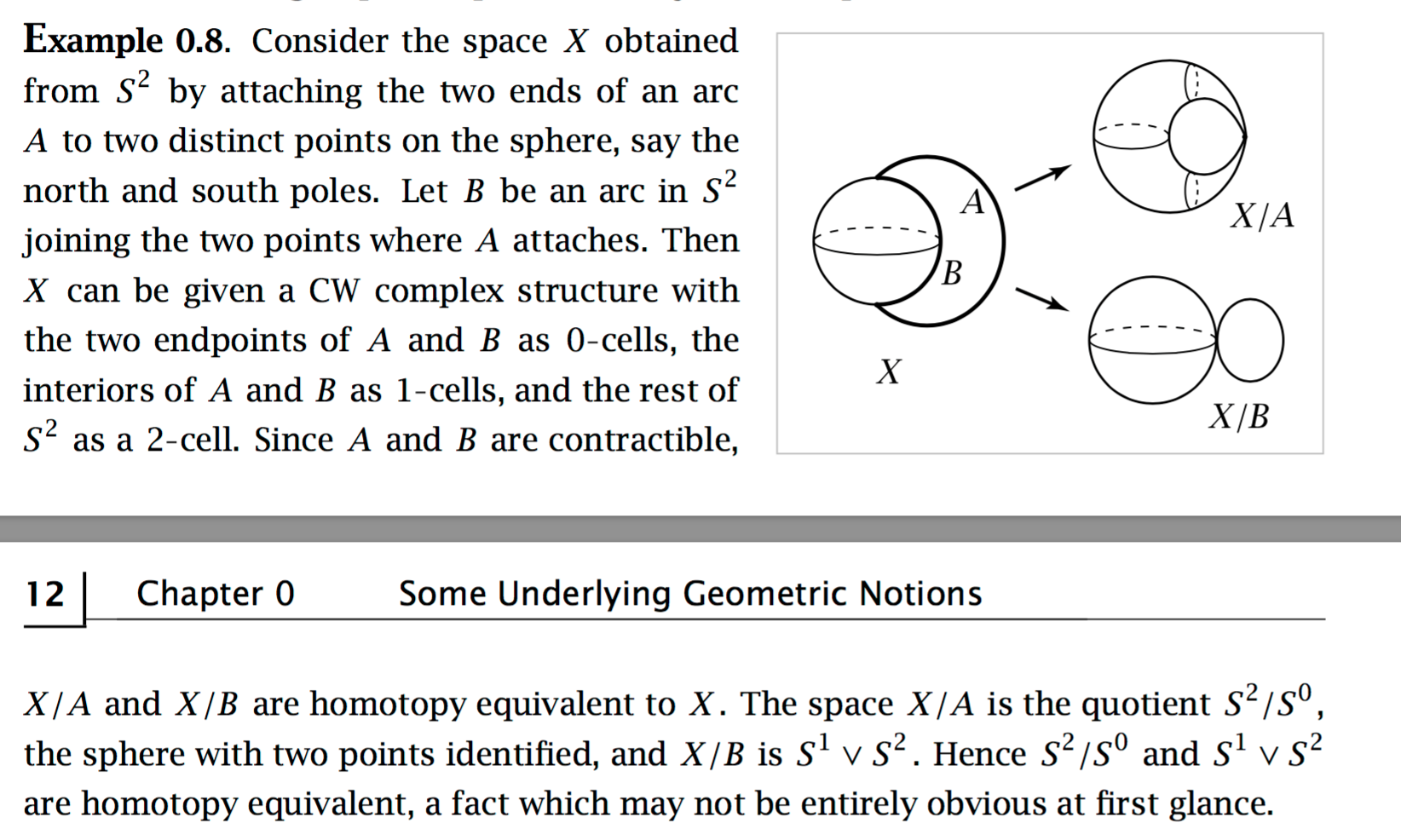 As noted in two other answers, the evident direction is also a useful way to argue that two spaces are of the same homotopy type. I will try to address the question of how is one a better way of understanding the notion. Well, I would not say that one is better, but certainly that each is giving us a rather different point of view on the notion.

Firstly, the notion of a homotopy equivalence is a way of saying that two spaces are in some sense the same. That particular sense is in the existence of a homotopy equivalence between them. In more detail, we want to declare $X$ and $Y$ as essentially the same if there exists a function $f\colon X\to Y$ which is a homotopy equivalence. What this in fact is saying is that we would like it if $f$ were an isomorphism. So, we have our category $\bf Top$ of topological spaces and continuous functions, and a bunch of morphisms, the homotopy equivalences, and we'd like all of them to have inverses. More generally, one can start with any category and a bunch of morphisms in it and wish to invert those morphisms. This is called localizations. So, the definition of homotopy equivalence, and the resulting view of certain spaces which are far from homeomorphic as still being essentially the same, is a special case of localization in a category - a very morphism-oriented approach (not that there is anything wrong with that).

Then comes the second definition. It replaces the auxiliary function by an auxiliary space. The claim that two spaces are essentially the same if they are each obtained as a deformation of single space is (arguably) a more geometrically appealing notion then that of a localization (which is rather algebraic). Regardless, the interesting part of this result says that if two spaces have the same homotopy type, then you can think of these spaces as essentially being the same space $Z$, but not in the strict sense, but rather that each is homeomorphic to a deformation of $Z$. That is comforting. Of, course, preservation of difficulty implies that understanding deformations is just as hard as understanding homotopy equivalence.

Not the answer you're looking for? Browse other questions tagged general-topology algebraic-topology homotopy-theory or ask your own question.