Combinatorics/Probability - Why does this equation work?

I've successfully come up with a formula to solve this by recognizing it from the answers that I've computed independently. Given a well-ordered set of $N$ unique and distinct numbers mapped onto a set of natural numbers from $1$ to $N$...

But it doesn't seem clear to me why this works... I feel like there should be an elegant solution to this problem such as the formula above but even though it satisfies my answers, there is a few problems with it, the first being that the product term can produce negative probabilities (although this doesn't matter in the end as it is canceled out by other product term iterations that are 0).

The way I got it was by first recognizing that the total probability of $P\left\{\mathbb{X}=i\right\}$ is going to be equal to the sum of all the possibilities of $k$ being chosen for the first player each multiplied/intersected with the probabilities for the conditions of the next moves that would satisfy the subject condition for that specific value chosen for $k$.

I feel like there is a distribution or some sort of function that already models this, but I haven't been taught it yet or I'm missing something. 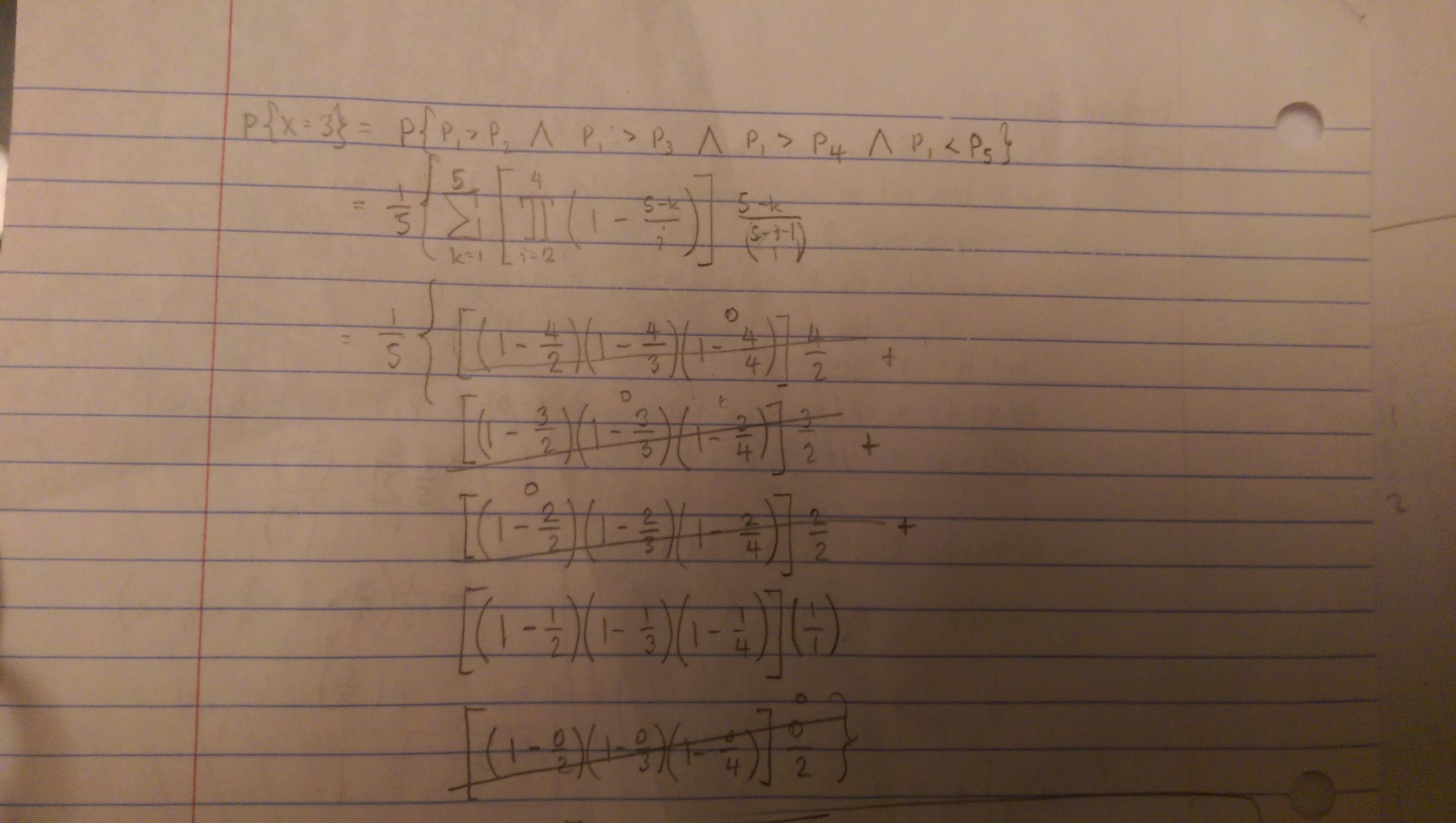 Notice the negative product terms and the appearance of 0 in the product terms, making entire sum terms null. Meanwhile, the binomial terms are required for the $\binom{0}{1}$ case. I feel like there's something wrong with the formula because it's hitting too many edge cases with the operators.

0
Why does my method not work for this probability question?

2
Expectation and Variance of a card game problem
1
$5$ numbers distrubuted to $5$ players game
3
Probability of winning the chess tournament
1
Find pmf for $i=0,1,2,3,4$
0
5 distinct number distributed to 5 persons
2
Distribution of the number of times a player wins a game with random numbers
20
Why does the Elo rating system work?
0
Why does my method not work for this probability question?
3
A counterintuitive problem in conditional probability/combinatorics
0
Player 1 and Player 2 compare their numbers, and the player with the higher number wins the round.