Two checkers on a 3x3 board 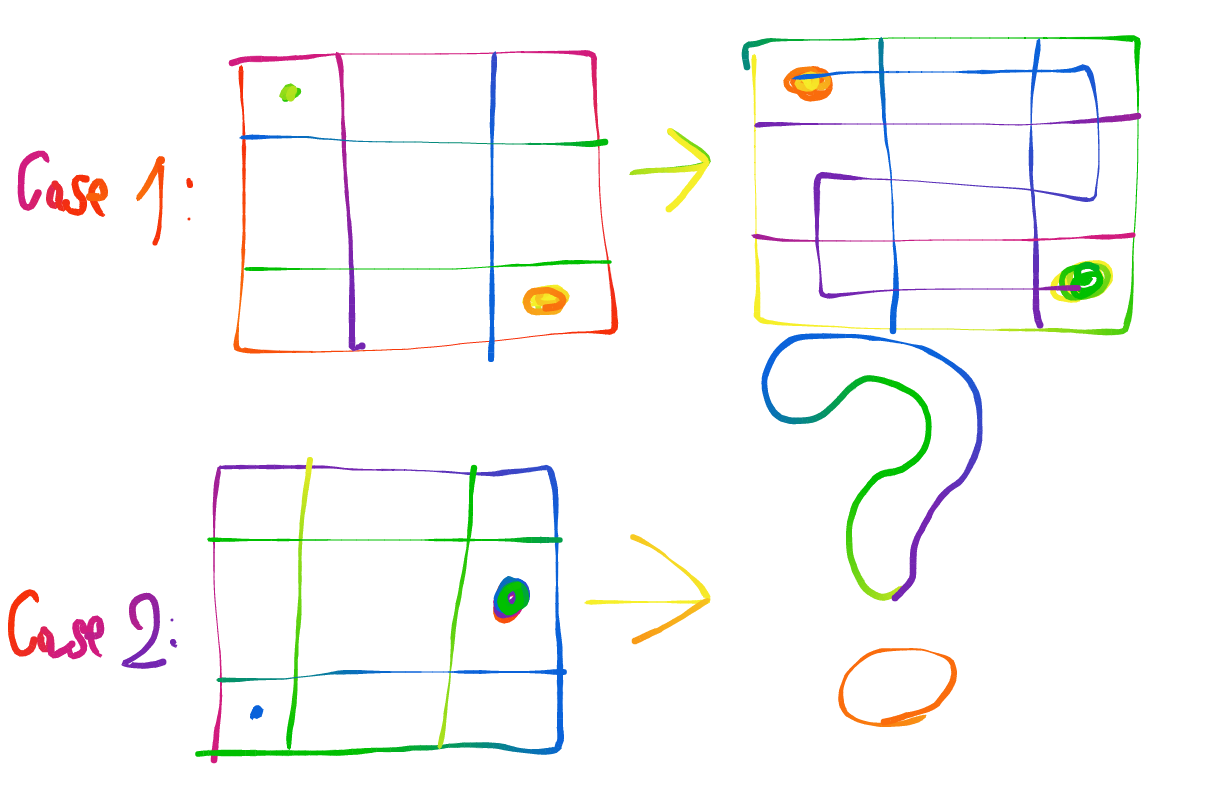 Now, the first case describes how you can connect the two points. You are only allowed to connect them vertically or horizontally, not diagonally. Is this possible for the second scenario? Please explain your answer.

McLinux: Please edit your question to explain that the path has to visit all the squares, and each exactly once.

Not possible in Case 2. With the exception of the dotted squares, every other square must be entered once and exited once. In particular, the path must use both "walls" of every corner square. Now look at the corners on the right side: both walls that separate them from the dotted square must be used. Which means the path to the right-side dot must come from BOTH corners on the right side. Contradiction.

Color the squares in a checkerboard pattern - black, white. Two squares that share a common edge are colored differently. Now, if there is a path that visits all squares, moving from square to square only through the edges, starting from on point and ending at the other, then a necessary condition for such path to exist is that both points are on squares that are colored the same way.

The only way you can visit all the squares is to roll the checkerboard and make a cylinder then follow the path in this drawing below: 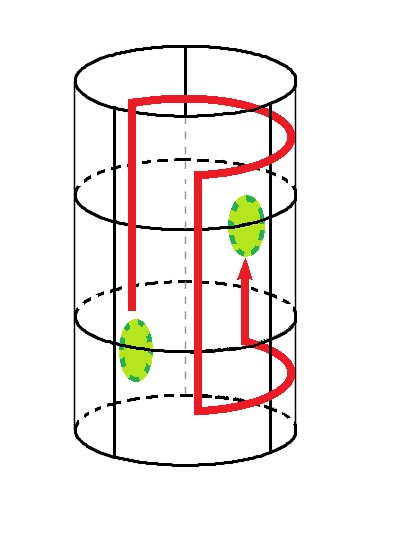 11
How many different game situations has connect four?
15
How to know if two points are diagonally aligned?
1
Squares and areas
1
Chessboard paths
1
King on Reduced Chessboard
9
Is it always possible to fit these pieces in a square?
0
Maximum number of kings on the chessboard subject to some rules
1
Using dominoes to cover a chessboard
0
How many distinct patterns can be formed using 3 chesspieces on a 8x8 standard board?
1
Beatrix's board and holes