Proof With Cyclic Quadrilateral and Circle 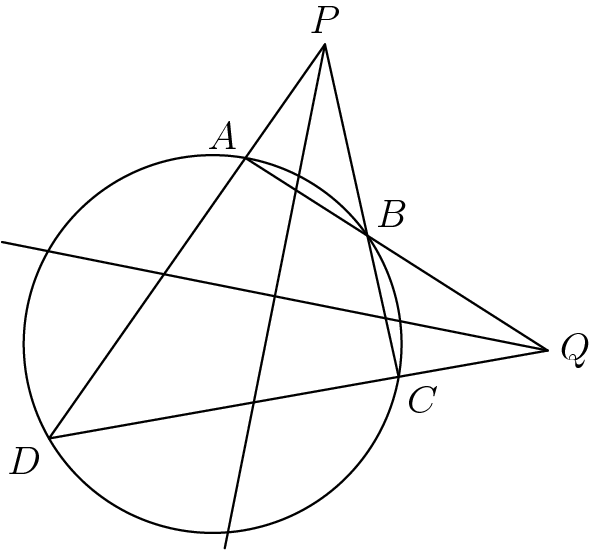 All I know about cyclic quadrilaterals is that opposite angles add up to $180^\circ.$ How can I use that to finish my proof? Thanks in advance for answering! 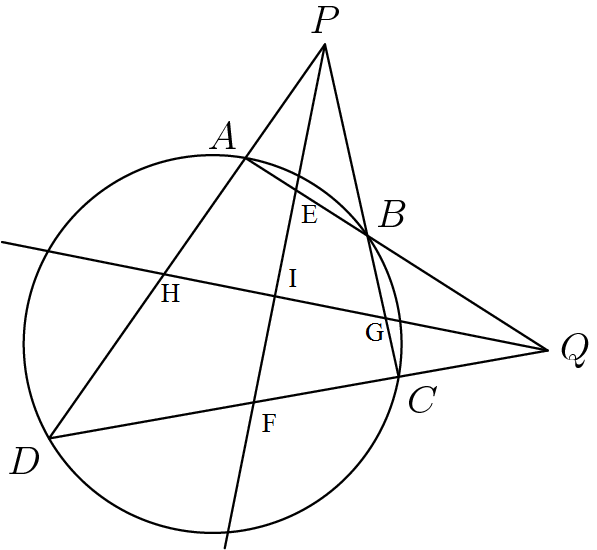 (In retrospect, $E$ and $G$ were unnecessary, but hey, that's how you solve geometry puzzles: You keep adding points and lines and calculate until you find the ones you really needed.) 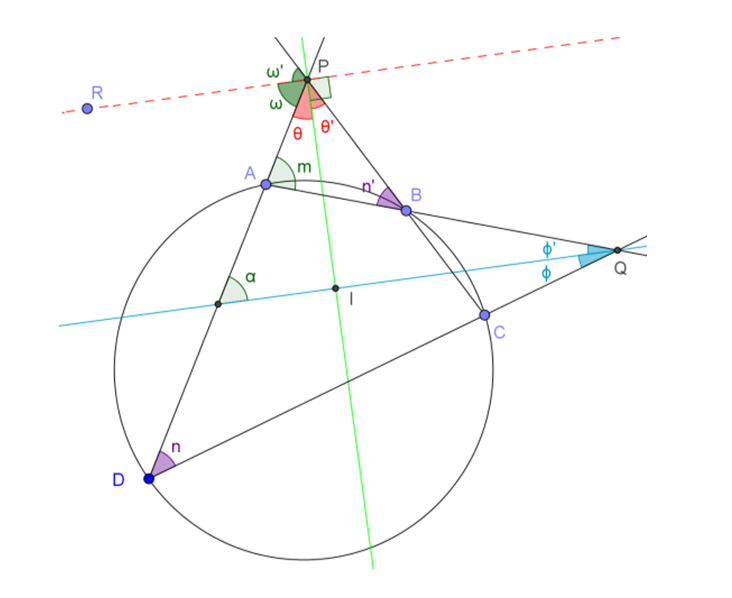 The logic:- We know that the internal and the external angle bisector are perpendicular to each other. Thus, we are done if we can prove that PR // QI. The question now is changed to “will $\omega = \alpha?$”

Not the answer you're looking for? Browse other questions tagged geometry circles angle quadrilateral or ask your own question.