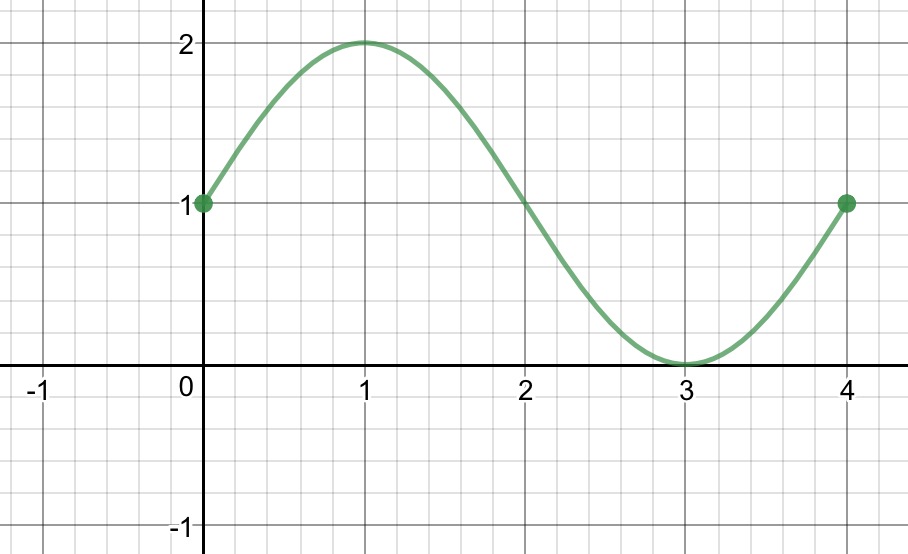 According to the definitions I've found, $f:A\rightarrow B$ means that $\forall n\in A:f(n)\in B$. Therefore, in describing this function’s domain and range, the most precise thing to do would be to say $f:[1,4]\rightarrow [0,2]$. However, from what I understand, this notation is not the most precise, and the following would also be true:

Basically, $A$ must include some—but not all of—$f$’s domain but must not include any number for which $f$ is not defined while $B$ can include any numbers so long as it includes the range of $f$ on $A$—which makes sense when looking at the definition of $f:A\rightarrow B$.

All of this research I’ve been doing (I’m only a junior in high school who just started AP Calculus BC) was originally to determine a concise and symbolic way to express that a function is continuous on a certain interval, but now my question has evolved to include something else: how can one clearly and symbolically define the full domain and range of a function without any ambiguity and in one fell swoop?

It has come to my attention that codomain and range are actually different. From what I understand at this point, codomain is a kind of restriction on the range. Here's an example: 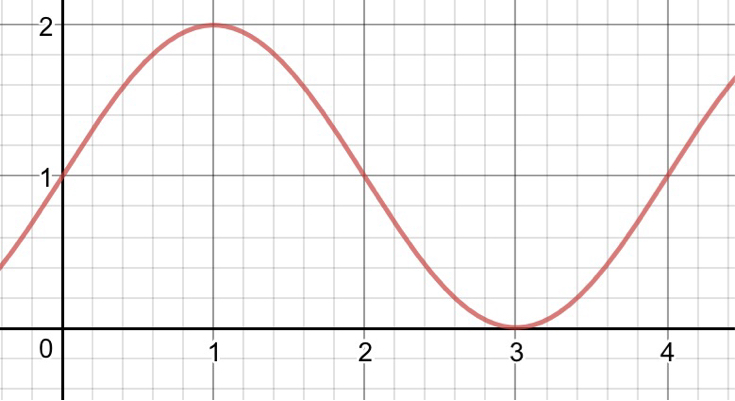 If one wishes to restrict the domain, simply graph $f:[0,4]\rightarrow\Bbb R$ (as shown in blue): 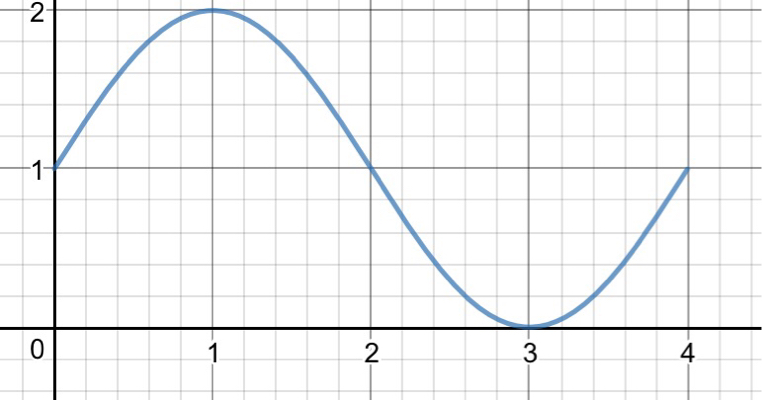 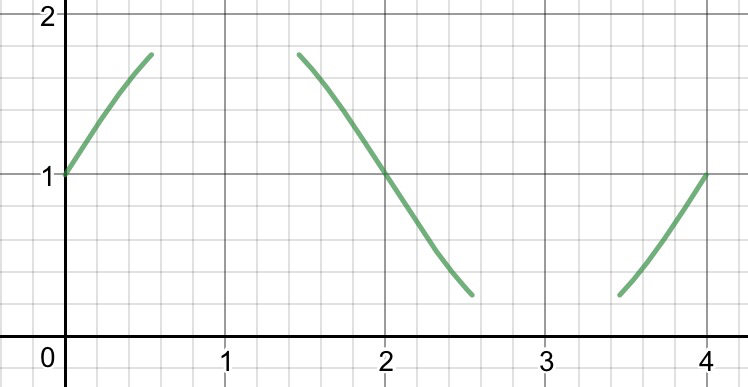 Requiring a function be defined as $f: A\to f(A)$ is too constricting. While this defines in a sense the "best" restriction of any $f:A\to B$, sometimes the set $f(A)$ is unknowable or tedious to describe.

Take for example the function

We don't have a formulaic way to describe $f(\mathbb N)$. $\mathbb N$ is simply a good choice for a codomain, rather than say $\mathbb Z$ or $[0,\infty)$ because the others are unncessarily large or complicated.

For a function $A\to B$ you could come up with another function $g:A\to\operatorname{range}f$ defined by $g(a) = f(a)$ for $a \in A$. This function has the same domain as $f$ and its codomain is equal to its range.

The image is all the values $b$ for which there exists a value $a$ in the domain such that $f(a)=b$. This leads to the fact that the image is always an improper subset of the codomain.

One notation that I have seen is

Not the answer you're looking for? Browse other questions tagged functions notation or ask your own question.

1
Why do we have codomain?

7
Function notation terminology
23
Codomain of a function
2
Changing a non-function into a function by changing the codomain/range?
3
Restrict the domain and codomain of $f$ to make it one-to-one on new domain, onto on new codomain
1
Type/codomain of constant function $f(x)=5$
1
Injective and surjective proofs
0
Let $A=\{a_1,...,a_n\}$ and $F$ be all functions $f:A\rightarrow \{0,1\}$. Is $g:F \rightarrow P(A)$, $g(f)=\{a\in A:f(a)=1\}$ bijective?
10
Codomain as part of the definition of a function
0
How to interpret the domain and codomain of the function?