About trajectories on a circular billiard

You start by putting the ball on the edge off the table. The trajectory then is quite simple (see the picture), with equal angles at each rebound. 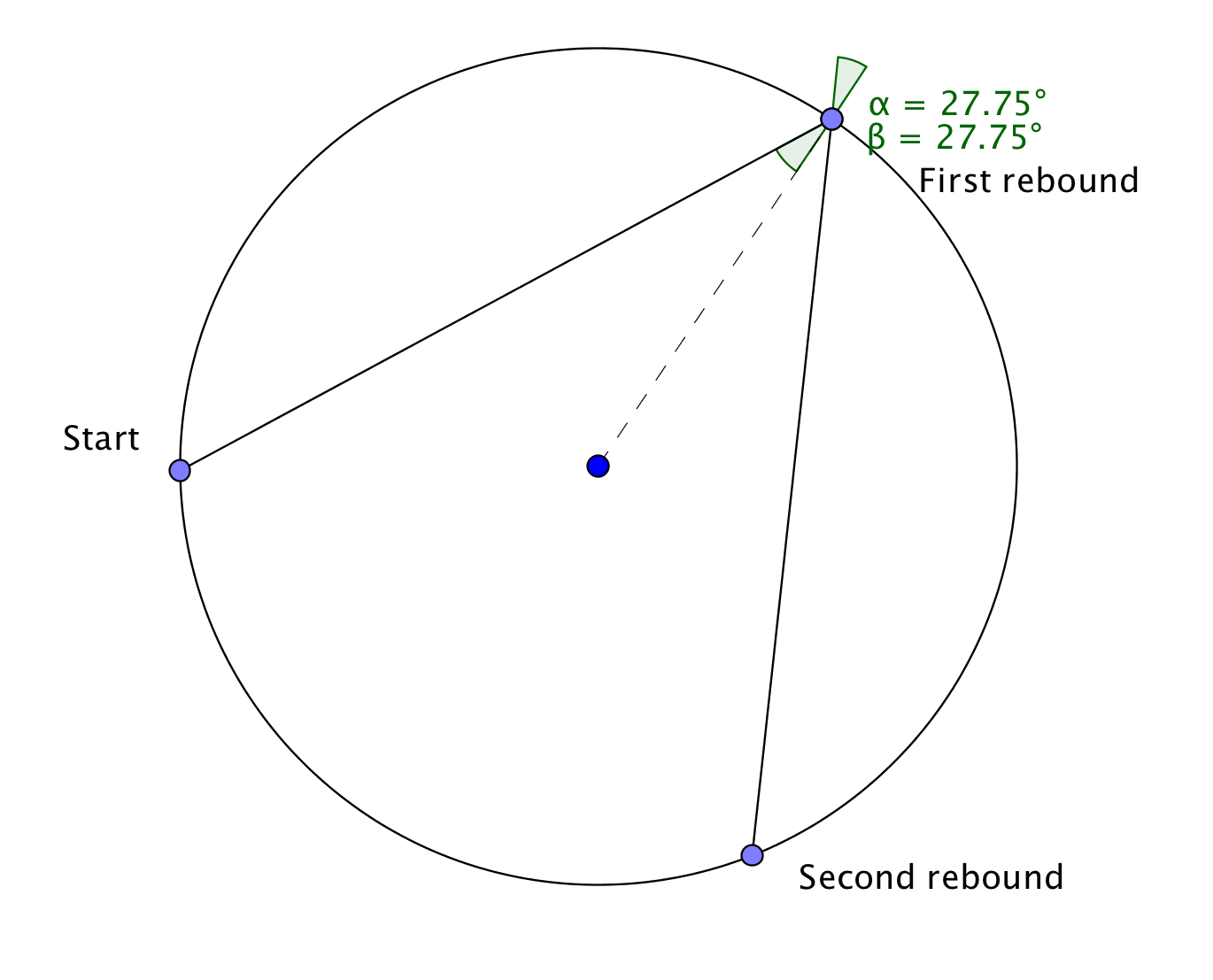 Which will eventually gives a trajectory looking something like this: 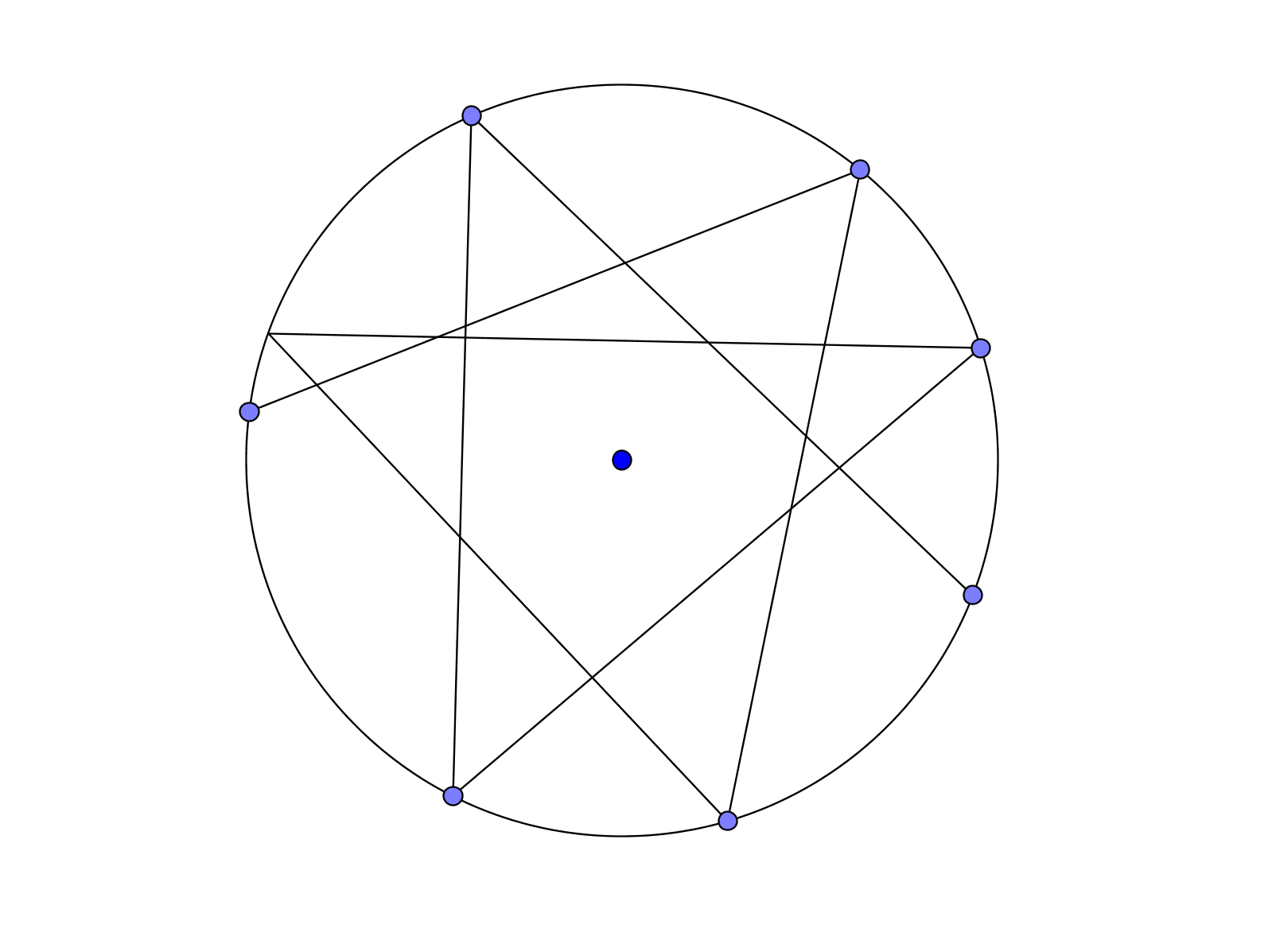 Let's call the angle between the center of the billiard, the starting position and the first rebound $\theta$.

My three questions are:

What are your thoughts on the subjects ? How would your prove such a result ?

1. Every trajectory avoids a dense family of $(x_i)$, and this set was stated in your question, because it is $\pi \mathbb Q$. This is why I insisted to know what you had already demonstrated.

For every trajectory, let's set $x_0$ as the origin of the circle, and associate each $x_i$ with its polar angle.

Thus every non-repeating trajectory avoids the family $\pi\mathbb Q$ mod $2\pi$ which is a denombrable, dense family on $\mathcal C$, which demonstrates $(3)$

By the way, every repeating trajectory has a finite set of values, so they also avoid a dense set of points, for example they all avoid the points $\mathbb Q$ mod $2\pi$

2. Every countable family is avoided by a dense trajectory:

As some comments point out, I might have misunderstood the question. So, if the point is to demonstrate that for any countable family $(x_i)$, a non-repeating suite exists, the approach would be to exhibit such a trajectory $(y)$ using the following argument :

Not the answer you're looking for? Browse other questions tagged billiards or ask your own question.