What is the maximum possible number of elements of S?

Suppose $S$ is a set of $2$-digit sequences such that it takes at least $3$ nudges to transform any element of $S$ into another element of $S$. What is the maximum possible number of elements of $S$?

I know I have to use either One-to-one Correspondences or Pigeonholes to solve this problem, but I really have no idea.

[This is very similar to the "sphere-packing bound" with respect to Hamming distance in coding theory, if you want to follow up on some of those terms.] 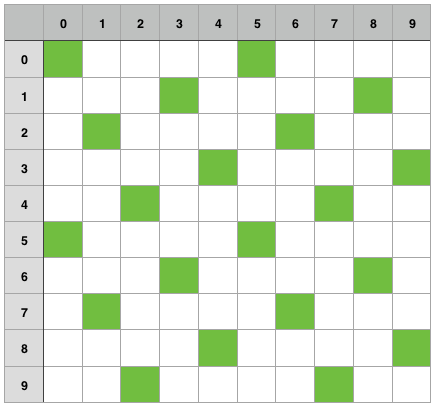 1
Number of groups containing at least 1 and at most k elements
5
What is the maximum possible number of elements of $S$?
0
Find largest number that satisfy given constraints
1
What is the name of the transform which finds the number of ways to make partitions of the given sizes?
8
Finding the number of non-decreasing sequences.
2
Digits with Nudges-Combinatorics
3
How many total monotonous numbers are there?
2
Different approach to classic pigeonhole principle problem yields different results. Why?
5
Combinatorics - Sequences with repetition and restrictions