From the comments, Joren said:

Alright... the definition that some requested.

Def of sine and cosine: Have a unit circumference in the center of cartesian coordinates. Take a dot that belongs to the circumference. Your dot is $(x, y)$. It relates to the angle this way: $(\cos\theta, \sin\theta)$, such that if $\theta = 0$ then your dot is $(1, 0)$.

Basically, its a geometrical one. Feel free to use trigonometric identities as you want. They are all provable from geometry.

[This answer has significant overlap with my answer to a related but different question, Intuitive understanding of the derivatives of $\sin x$ and $\cos x$. ]

Disclaimer: I am not sure how to make the following totally rigorous, but it uses the unit circle definition and avoids using the limit in question, while seeming pretty convincing, hopefully enough to be worthy of an answer.

The curve $\gamma(t)=(\cos(t),\sin(t))$ has everywhere unit length and unit speed, as follows readily from the definition. $\|\gamma(t)\|^2=\cos^2(t)+\sin^2(t)=1$ everywhere by definition, because $(\cos(t),\sin(t))$ is on the unit circle. $\|\gamma'(t)\|=1$ everywhere because it is rate of change of the distance traveled around the circle with respect to $t$, and $t$ is the distance traveled by definition of radian (and we are using radians here, or else the result would be false).

Remark: As far as I know the most significant gap in the above is the rigorous justification that $\gamma$ is even differentiable (which is equivalent to knowing that $\cos$ and $\sin$ are differentiable).

More generally, I think something along these lines, with the implicit and inverse function theorems, can be used to show that algebraic curves in the plane have smooth unit speed parametrizations away from singular points, but my attempts to search for a better statement and reference for such claims have been unfruitful.

There is a way, based on the definition of circular functions via power series (not for high school!):

As all sums of power series, these sums are differentiable, and their derivatives are the sums of their series ‘derived term by term’, i.e.

Note: Actually one defines this the sine and cosine of any complex number, and one can show they're holomorphic functions;

Seems harder to prove that $b=1$, as this depends on the angular unit, which is not expressed in the above relations.

The geometric definition of circular functions which you have mentioned in your question is the most intuitive/popular/accessible definition. However rarely do textbooks try to justify this definition in a rigorous manner. The justification of this definition is based on two notions (and any one of them can be used):

As I said any of the two justifications can be used for defining circular functions and it is possible to establish that definition based on these concepts of area and arc-length are equivalent.

Having chosen one of these justifications we now have two competing routes to take in order to find derivatives of circular functions:

I prefer the conventional route based on $\lim_{x \to 0}\dfrac{\sin x}{x} = 1$ because it is simpler to present. The second approach mentioned above essentially defines the $\arcsin$ function as an integral and due to the improper integral involved the approach is technically somewhat inconvenient. If we wish to go via this route then it is much simpler instead to use the definition $$\arctan x = \int_{0}^{x}\frac{dt}{1 + t^{2}}\tag{2}$$ which can be easily deduced from the geometric definition of $\sin \theta, \cos \theta$ (BTW deriving addition formulas is somewhat difficult when we use the approach based on integrals). 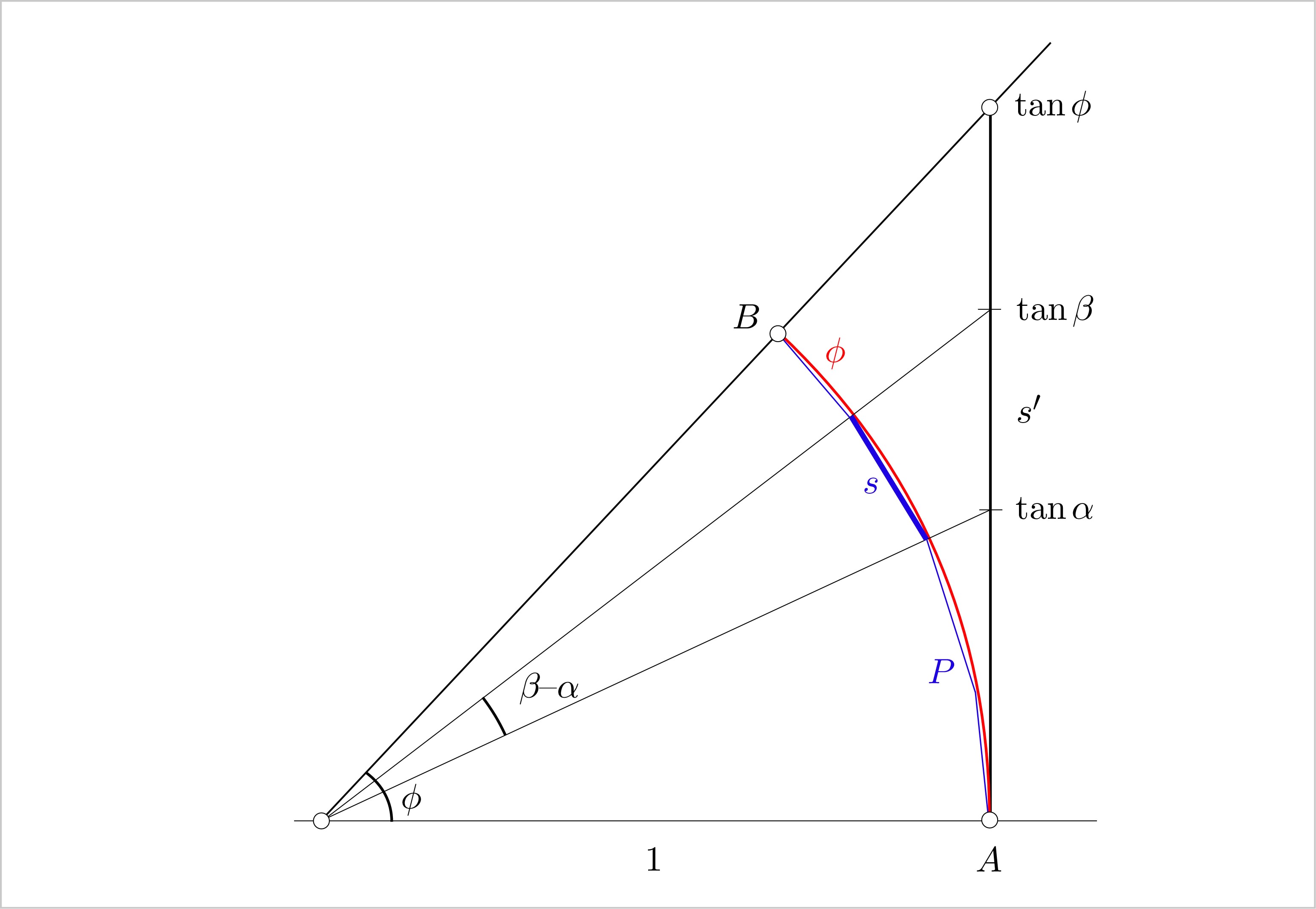 There is a very nice Khan Academy video on it. I won't get into too much detail but basically you construct the following 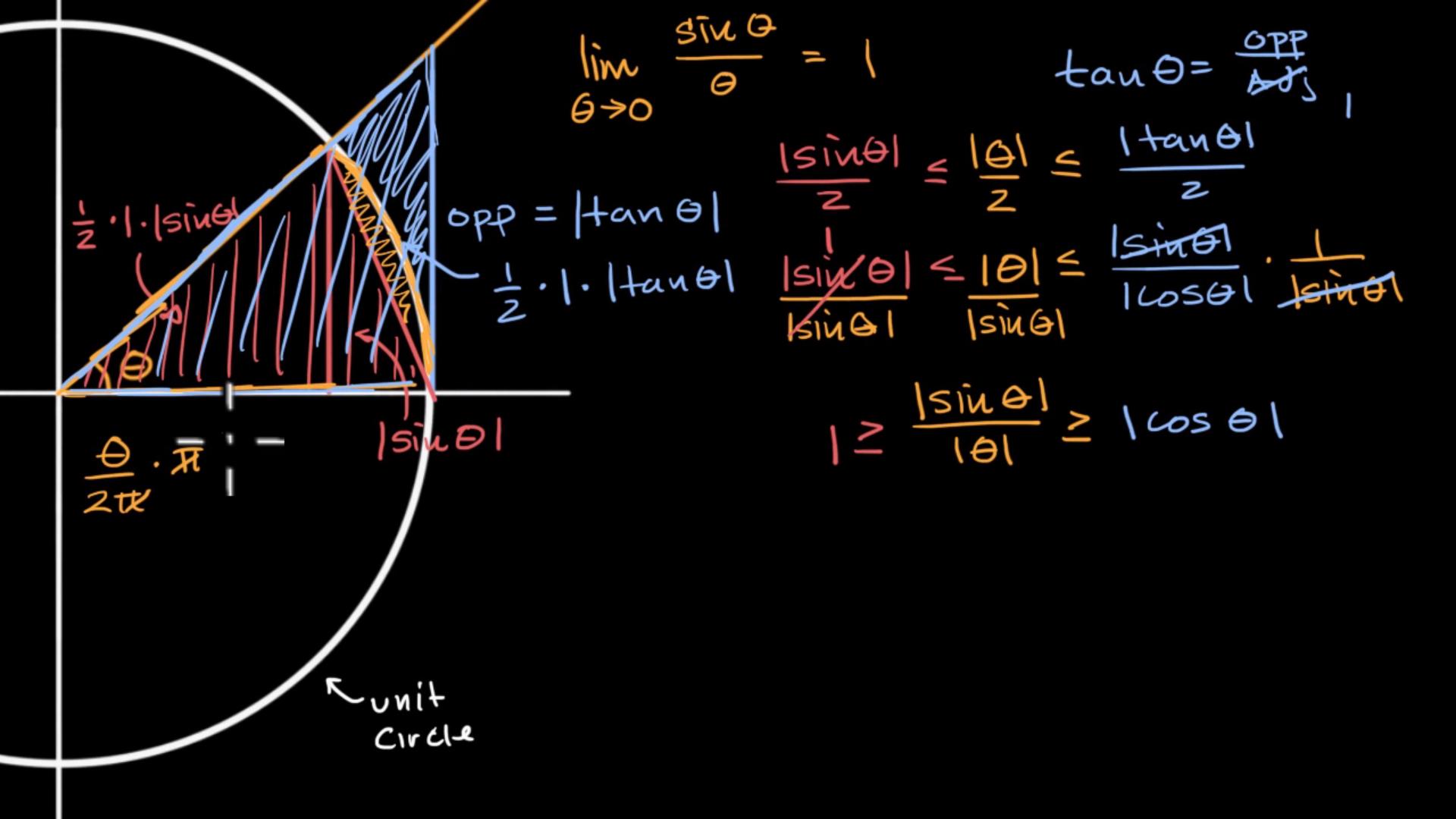 Not the answer you're looking for? Browse other questions tagged limits derivatives alternative-proof or ask your own question.