I was introduced the Poincaré Disc model of hyperbolic geometry. The concept idea was clear but I had some questions about it that I could not figure out myself.

I understand that the geometric properties come from the metric. But it seems to me that we are studying it as a subset of the extended comlex plane, and we use the natural Euclidean coordinate system to calculate our formula. The professor told me that we are using the differential structure but not the Euclidean geometry to help us with the calculations. So in some sense we are studying hyperbolic objects (by considering a different metric) on the "euclidean structure".

I don't know if this question makes any sense, but is there a natural coordinate system in which every straight line (in the Euclidean sense) is itself a hyperbolic straight line? If not, why do we still need objects from Euclidean space to study non-euclidean geometry?

Some comments in the form of an answer

Another interesting exercise is to see where Saccheri went wrong when he concluded that “the hypothesis of the acute angle is absolutely false; because it is repugnant to the nature of straight lines” 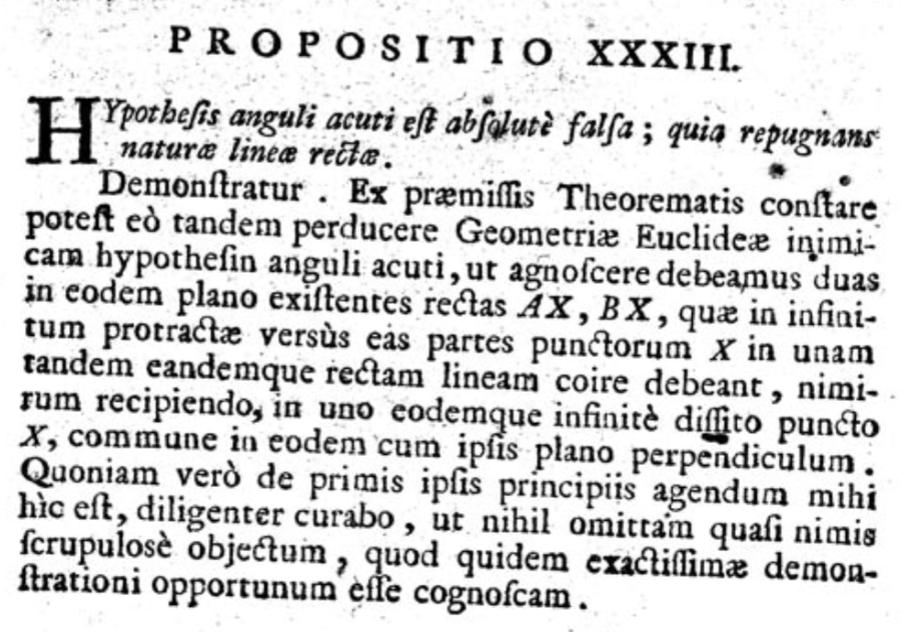 Not the answer you're looking for? Browse other questions tagged hyperbolic-geometry noneuclidean-geometry or ask your own question.