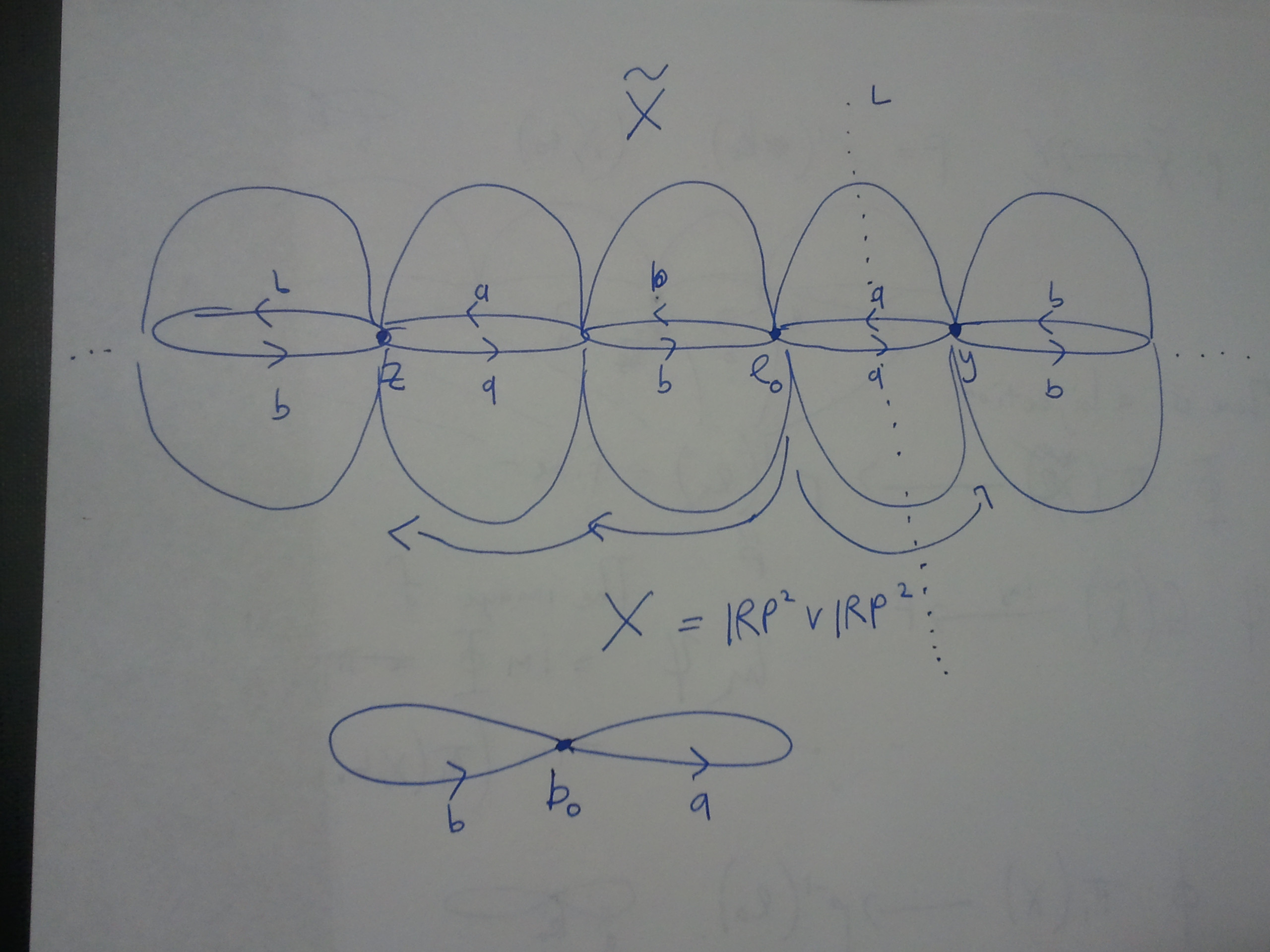 On the top we have the universal cover $\tilde{X}$ of $\Bbb{R}P^2 \vee \Bbb{R}P^2$ that is an infinite union of spheres placed next together. I should say that in the picture, there are infinitely many spheres to the left and to the right. I have chosen $e_0$ to be a basepoint of $\tilde{X}$. My covering map

Now at this point do correct me if I'm wrong. We only know for sure that $e_0$ is sent to $y$ yes? We don't know what it does to any other points. So therefore to figure out the deck transformation corresponding to $a$, we need to guess a little. Now we know that such a deck transformation say $f$ must be compatible with the projection $p : \tilde{X} \to X$ in the sense that $$p \circ f = p.$$

Is my understanding of this correct ? I have spent a lot of time being confused about this whole situation.

Thanks for any help.

It's a good exercise to check that this really gives a well-defined deck transformation.

2
Classification theorem of the coverings of a given space