What's wrong with my "proof" that branch cuts are not arbitrary?

Recently, I've been thinking about contour integrals around branch cuts in the complex plane. Now clearly the choice of contour is arbitrary, so long as you don't deform past any poles or cuts, but I've been going back and forth on whether or not the choice of cut is arbitrary or not. I have a hand-wavy argument that it's actually not arbitrary, but I'm sure there's a hole somewhere.

Say we have two branch points, we connect them with a straight line, and integrate a multi-valued function around the cut. This function is such that it "jumps" as you cross the cut. Now, if the branch cut is straight, you can bring the branch points closer and closer together, and consequently shrink your contour as well. As the points near collision, the integral should be computed by some residue at the point, or so.

However, if we imagine choosing the branch cut such that the points are connected by some giant, arcing cut, with the contour tightly encircling it, we can then do the same thing and imagine the branch points getting closer and closer together. As they near collision, in this case, the contour is essentially an inner loop oriented in one direction and an outer loop oriented in the other. Now, the inner loop can just be shrunk to zero, and thus doesn't contribute. All we have left is the outer loop which cannot be shrunk.

But there's no way this second choice of branch will yield the same value for the integral as the first choice of branch is there? I mean, you're integrating over a vastly different region in the complex plane. It seems like the result of a contour integral absolutely will depend on your choice of a branch cut.

EDIT: I've included a picture below. Sorry, I should have done this originally! The branch points are bolden, the choice of branch cuts are in red, and some contour with orientation is shown as dotted line. I hope this makes it more clear what I meant by colliding branch points, especially in the second case. 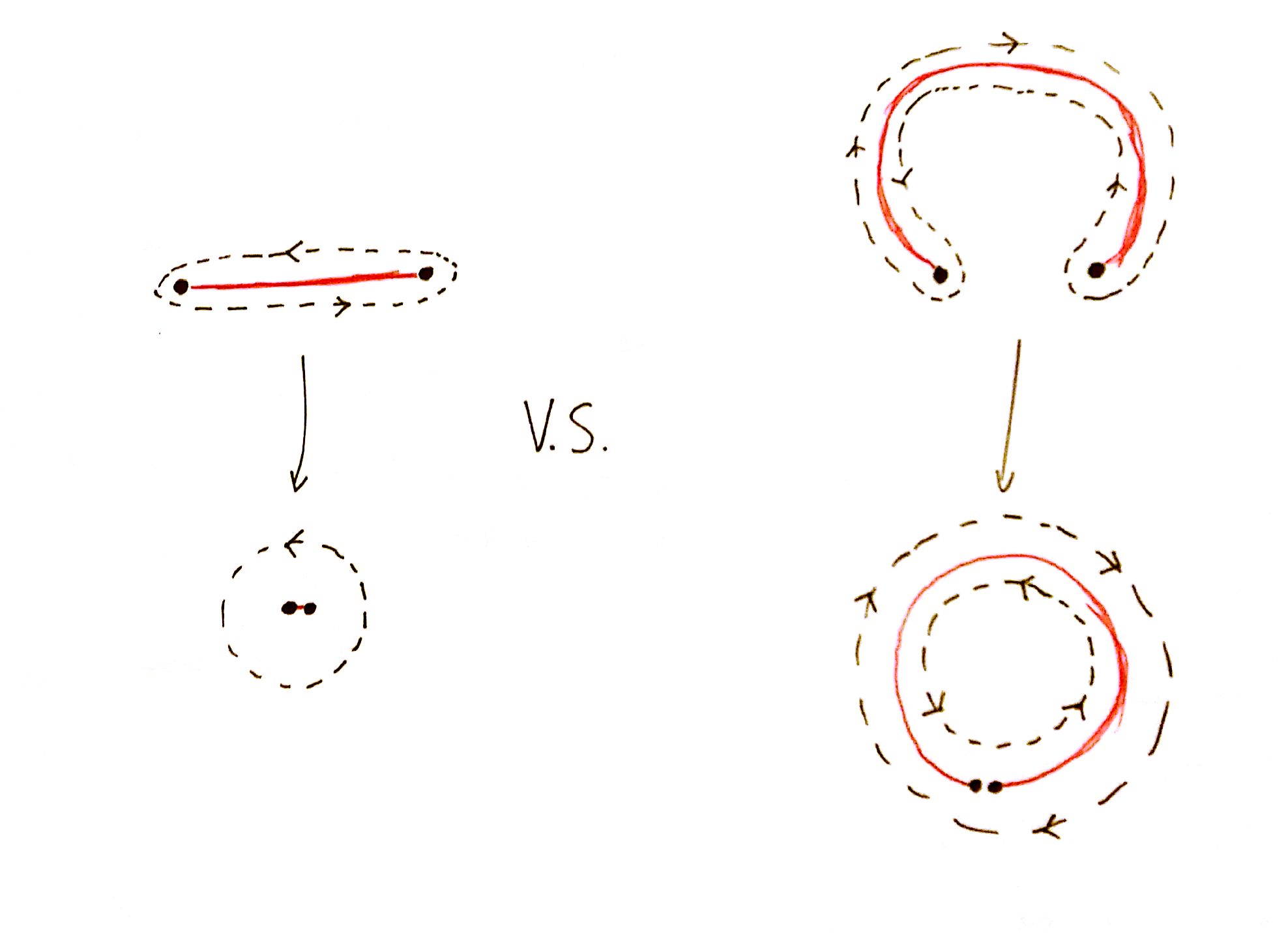 If a contour goes around both potential branch cuts, and the branches of the function are chosen to be the same on that contour, then the integral around the contour doesn't depend on the choice of branch cut. That contour can then be deformed to other contours (such as those in your picture), and the integral still doesn't change.

Not the answer you're looking for? Browse other questions tagged complex-analysis complex-geometry or ask your own question.

1
radius of convergence of Taylor series, function with branch cuts