Throw these balls to a box $B$ with loss probability $p$. Now, we change the color of these balls in the box B to green color.

Throw these balls from box $D$ and $B$ to a box $C$. The loss probability of balls in each box is also $p$. How many balls in box C will have the same number? Thank you so much

The below figure shows a toy example of the question. The balls (4,7) has same number, so the ans. is 2 for the example 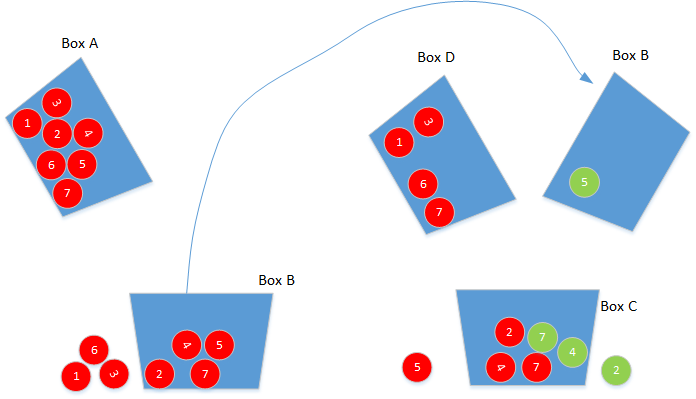 Then we end up with expectation $n_1(1-p)^3$ for the number of pairs of balls in box C that have an equal number.

Not the answer you're looking for? Browse other questions tagged probability combinatorics balls-in-bins or ask your own question.