I am doing some practice problems for fourier series and I don't fully understand the solution to the following problem. 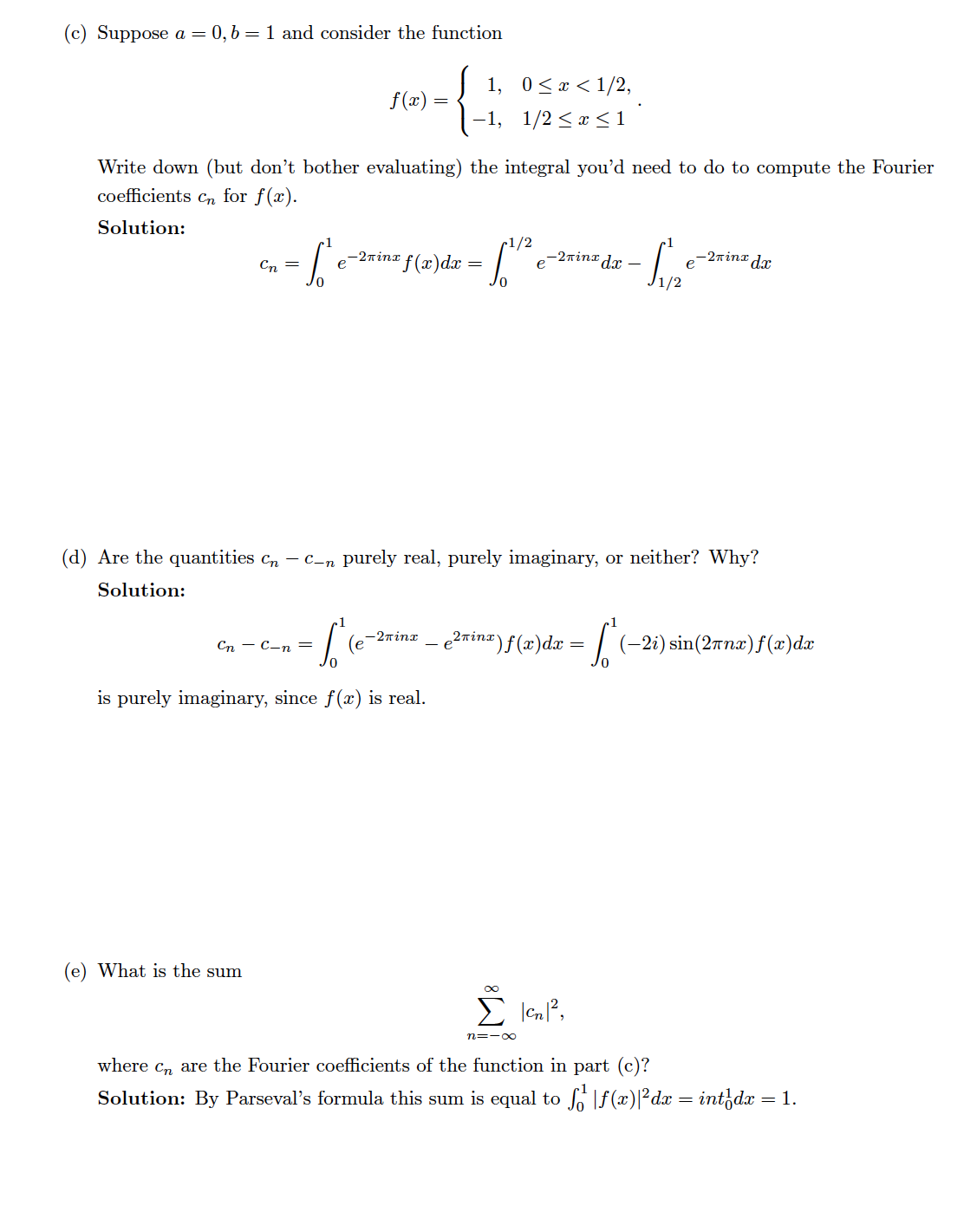 Originally, I had thought that $a_n = c_n + c_{-n}$ which are the coefficients corresponding to $\cos$ in the fourier series expansion. In this case, it is $c_n - c_{-n}$ and so I thought that it wouldnt affect the fact that it is real but clearly I am incorrect, so would someone mind explaining please ?

Not the answer you're looking for? Browse other questions tagged fourier-series or ask your own question.