What is an example of a non standard model of Peano Arithmetic?

Peano arithmetic is a first-order theory, and therefore if it has an infinite model---and it has---then it has models of every cardinality.

Not only that, because it has a model which is pointwise definable (every element is definable), then there are non-isomorphic countable models. Which means that you can find models which are not the standard model already at the countable cardinality.

What do these models look like? Well, it's kinda hard to explain. They all have an initial segment that looks like the natural numbers. That much is easy to prove. Also not hard to show is that the rest of the model can be decomposed into $\Bbb Z$-chains. Namely, if $c$ is a non-standard number, then it has a predecessor (since Peano proves that every non-zero element is a successor). So we can define $f(k)=S^k(c)$, as an order isomorphism between the "chunk" of the model that $x$ lives in.

Harder to prove, but still not impossible, is that at least for the countable parts, the models all look the same as far as the order go, they all have an initial segment of $\Bbb N$, followed by $\Bbb{Q\times Z}$ ordered lexicographically.

To produce such models you can use three standard methods:

It should be mentioned that one of the most concrete nonstandard models of PA was developed by Skolem in the 1930s in ZF (without the axiom of choice, unlike the constructions mentioned in the other answer). This is roughly in terms of definable functions on $\mathbb N$ ordered by their asymptotic growth; for details see this 2013 publication in Foundations of Science, Section 3.2, page 272.

This is a historical footnote to the nice accepted answer above. More precisely, the method in the yellow box in

seems to be already hinted at in Kurt Gödel's review in Zentralblatt, Band 7, Heft 5, of

Strictly speaking, Gödel does not give an argument in the review, only says that Skolem's result follows easily from his own article on the incompleteness theorem; here is Gödel's review of Skolem's paper, with Gödel's hint highlighted in orange (the right-hand side is my translation): 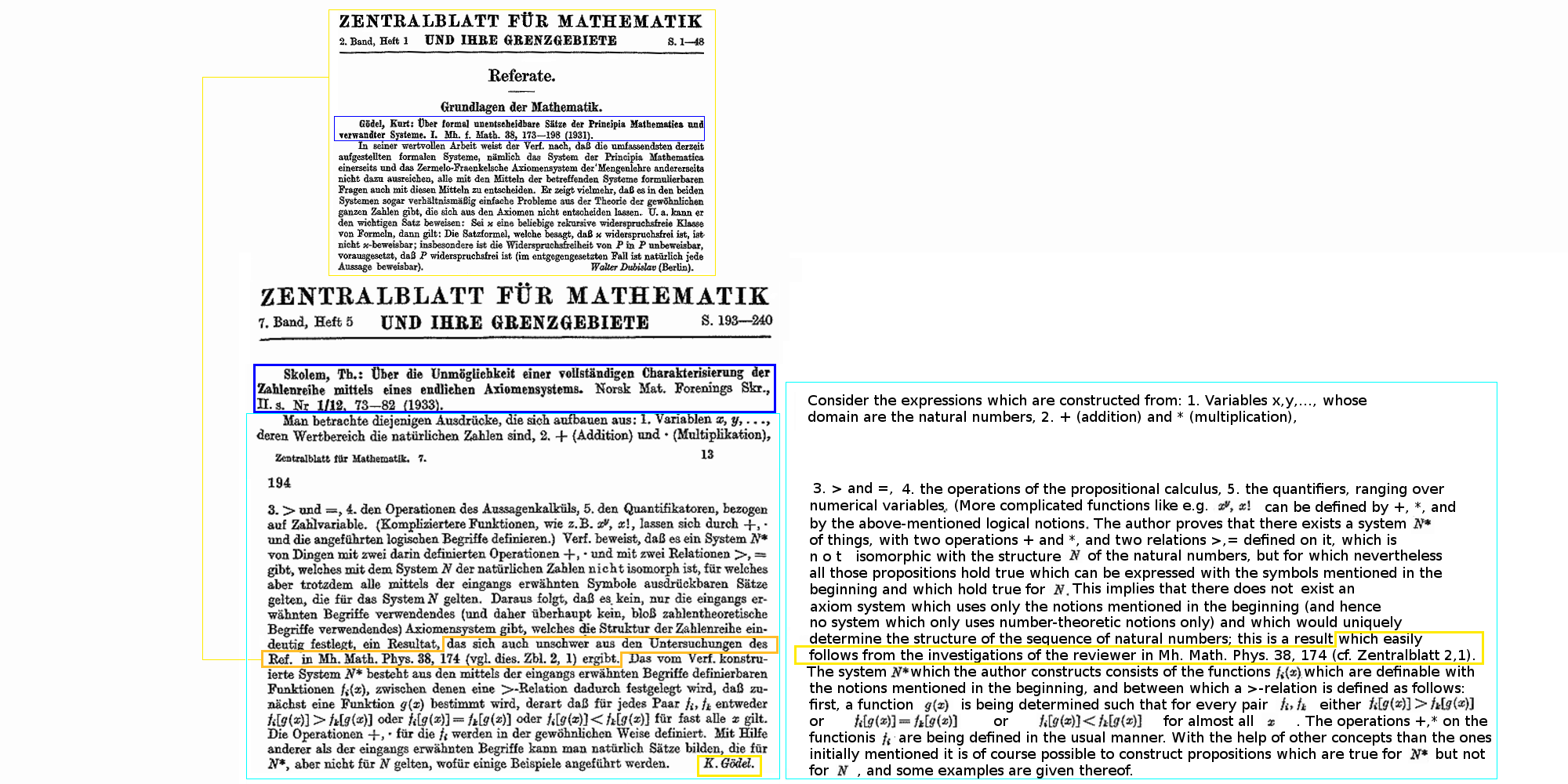 (the above picture larger)