I have been looking everywhere trying to find out how to convert an angle in radians (expressed as -Pi to Pi) to a heading vector.

The only [x,y] answer I have found is, [cos(angle), sin(angle)] , however, this doesn't work! Or am I missing something?

I just want a vector pointing at a direction of a specified angle, and for it to have a magnitude of 1, such is called a "heading vector" I believe. At least it is in the various game code I look at.

I appreciate you trying to be helpful, however, hopefully these clarifications will guide others to giving more fitting responses.

Your information is correct.

If it doesn't work in your games code you should be looking for a typing error, or other silly little bug. Its not the maths.

To convert radians to degrees, you multiply by $\frac {180}{\pi}$. The standard positions for angles and headings are different, as The Chaz has commented. To go from a regular angle of $\theta$ to a heading, the heading is $\frac {\pi}2 - \theta$ in radians or $90^\circ -\theta$ in degrees.

If you have an angle between north and vertical axis (which equals to negative the bearing) where North ($0°$) is at $(0,1)$, then your vector would be

for any degree $\theta$.

To think of it visually, just consider what $sin(\theta)$ and $cos(\theta)$ look like as $\theta$ changes, and compare them to how you expect $u$ and $v$ to change. 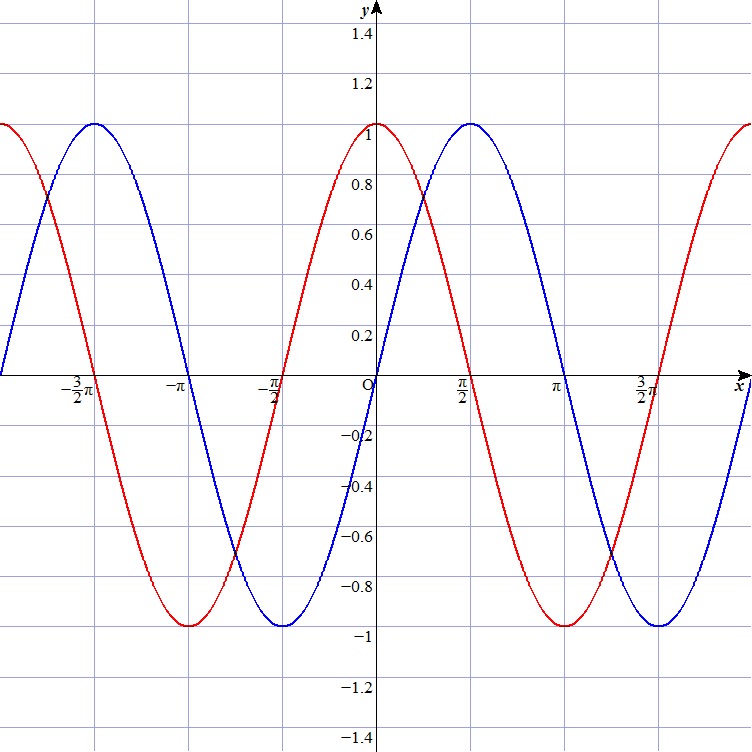 Not the answer you're looking for? Browse other questions tagged calculus algebra-precalculus trigonometry vector-spaces group-isomorphism or ask your own question.

4
How to find angle of motion in frictionless space based on vx and vy
0
“Lock” a direction vector by preventing motion along a second vector
1
Tait-Bryan to Rotation matrix to translating from global to local space
1
The ratio of the sides of a triangle gives us the angle of a line?
1
Clear, simple way to determine Side of Phi in Angle Calculation
1
Rotating a Vector Tangent to a Circle
0
Calculating unit tangent vector for discrete points. Why is my answer slightly off?
0
Move relative to base coordinate system using 3D rotation vector