Quotient of a graph?

What is the quotient of graph?

I'll try to illuminate the definition you quoted with an example. Consider this graph of the subway map of Vienna: 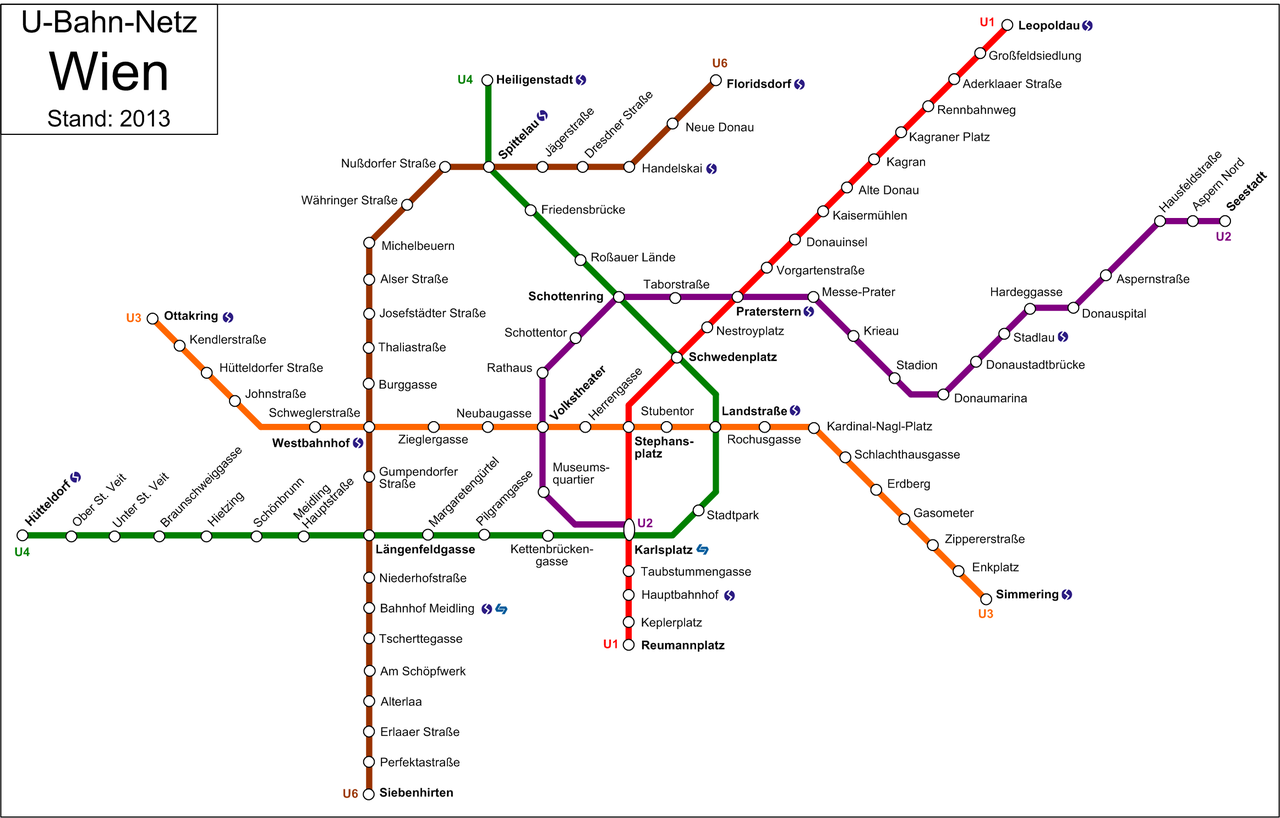 The vertices of this graph are the stations.

Define an equivalence relation on the set of vertices by

Here, we need to modify the graph slightly and treat stations where you can change between lines (for example Westbahnhof) as two different, but connected vertices, i.e. Westbahnhof-U3 and Westbahnhof-U6 (you can think of these as different subway platforms instead of stations).

Every stop on a given line is a member of the equivalence class associated with this line.

The resulting graph describes the connectedness of the subway lines, not the stops.

Note that equivalence classes don't need to be connected, which is the case here.

For directed graphs, I cannot give more information, but my guess is that the definition of the (directed) edges carries over from the undirected case.

We refer to the enumerate list below on What is the quotient of the graph?

(2.) How is the quotient defined for a digraph?

The definition is the same for a digraph, but it is written more nicely on the Wikipedia article on Quotient graph. To quote:

Regarding the reference request, I have never seen the definition in any graph theory textbook that I have read. Wikipedia's source seems to be High Quality Graph Partitioning (Peter Sanders, Christian Schulz) (pdf), which does have a definition that matches the one you reference, and the one I was familiar with. I have not found any source that uses "modulo" of a graph (in this context) but, as I mentioned before, this is likely due to the interchangeability of the terms when describing (general) equivalence relations. 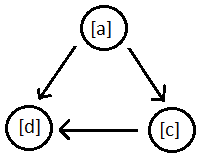 that is the same, except notational differences, to the definition by Wikipedia Quotient Graph section provided by Szmagpie.

Not the answer you're looking for? Browse other questions tagged graph-theory definition equivalence-relations quotient-spaces reference-works or ask your own question.

6
Working with Equivalence Classes and Quotient Sets
3
Calculate the quotient graph
1
Find a subspace homeomorphic to the quotient.
8
Counting graph isomorphisms and entropy
6
Analogy between quotient groups and quotient topology
1
Boolean expressions for distinct graphs
1
Definition of graph, using half-edges.
0
Is there a name for this graph?
1
Concept about Quotient space. Why is useful for us to use quotient spaces? Concrete exaples
0
Drawing of Quotient Graph