A Golden Ratio Symphony! Why so many golden ratios in a relatively simple golden ratio construction with square and circle?

Note: this construction is a vastly expanded version of my earlier construction here: Have you seen this golden ratio construction before? Three squares (or just two) and circle. Geogebra gives PHI or 1.6180.. exactly 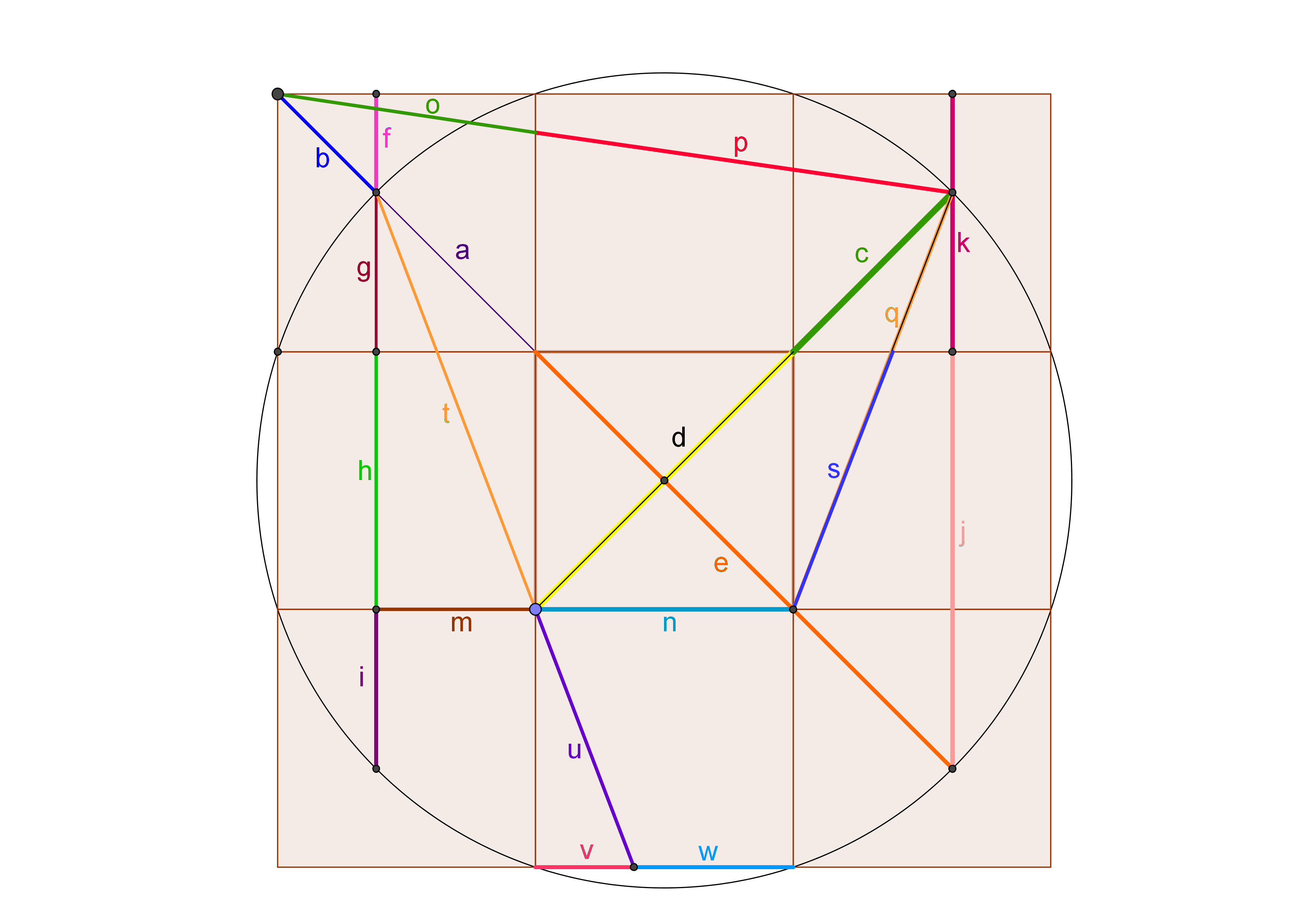 and on and on!

Why so many golden ratio harmonies throughout? 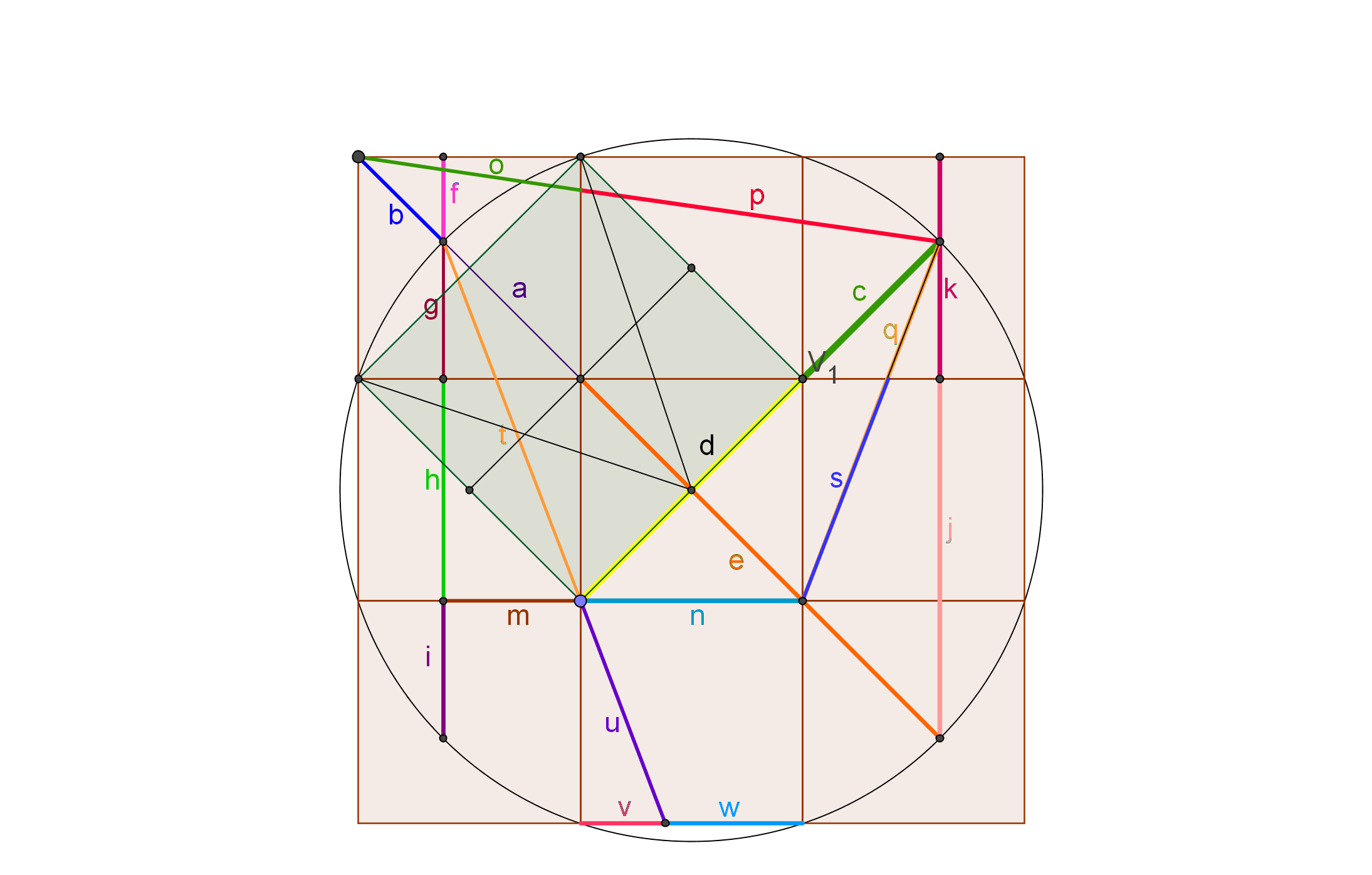 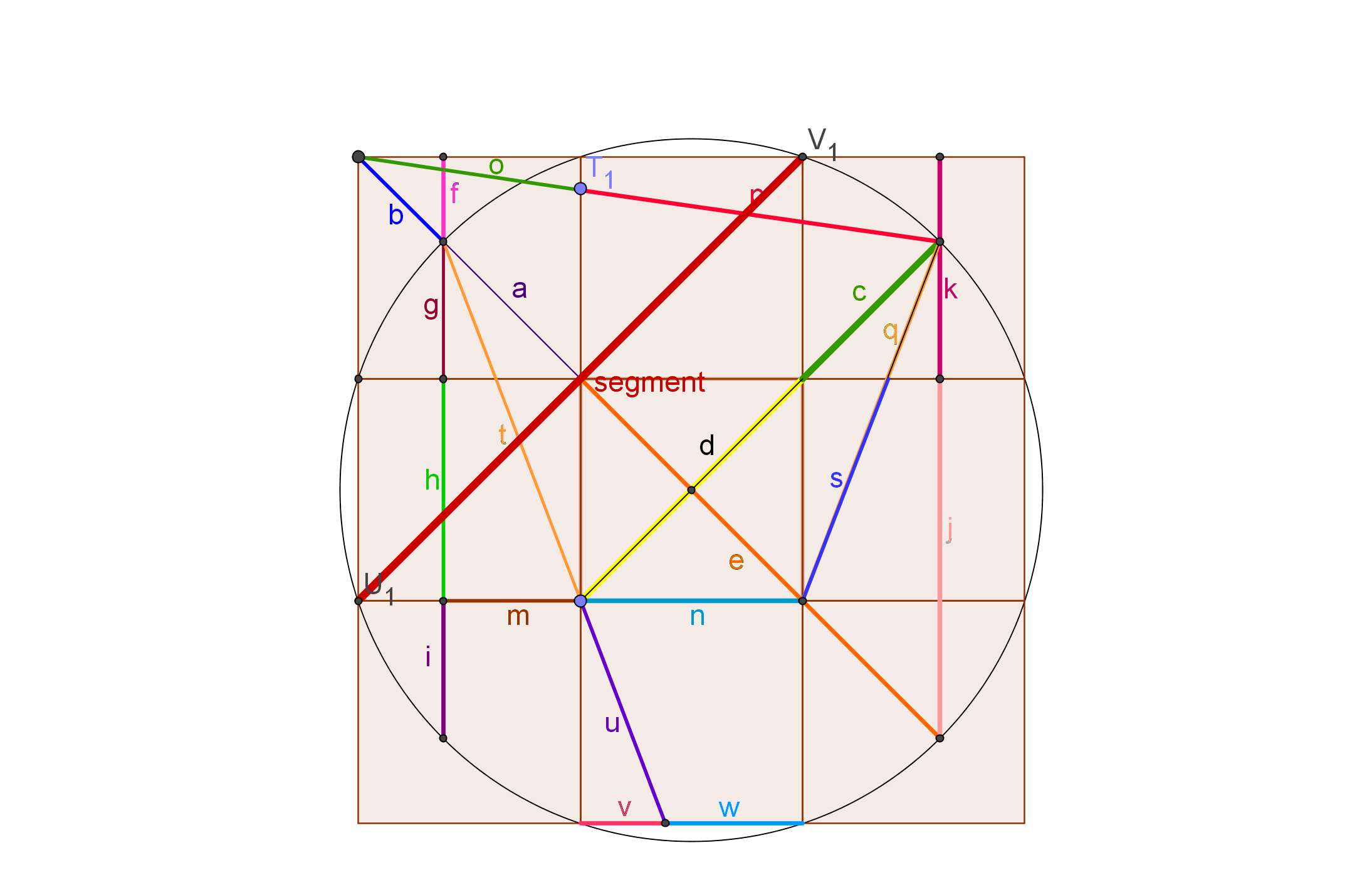 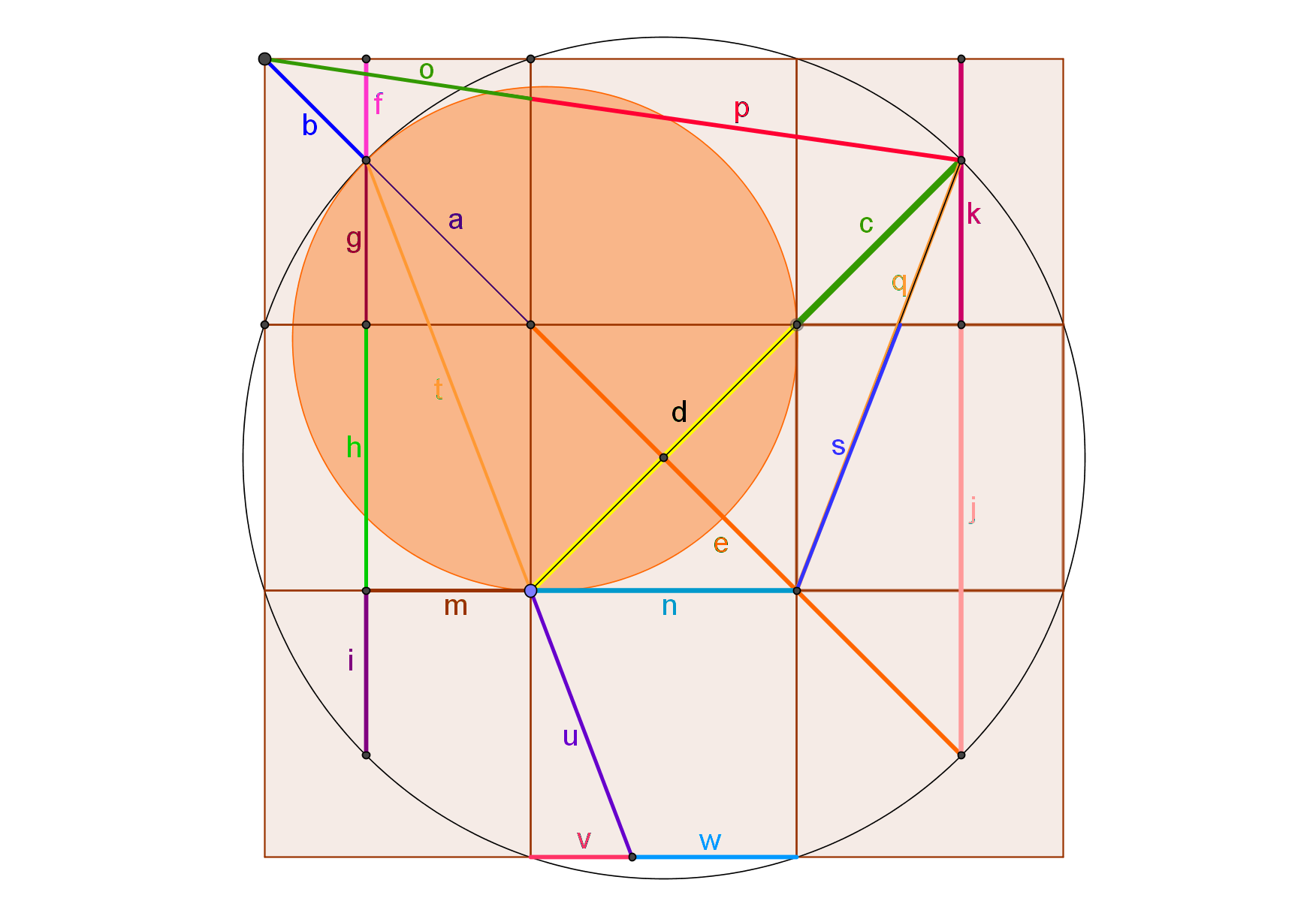 Indeed, the golden ratio symphony, despite its simplicity, is a most powerful and far-ranging diagram! 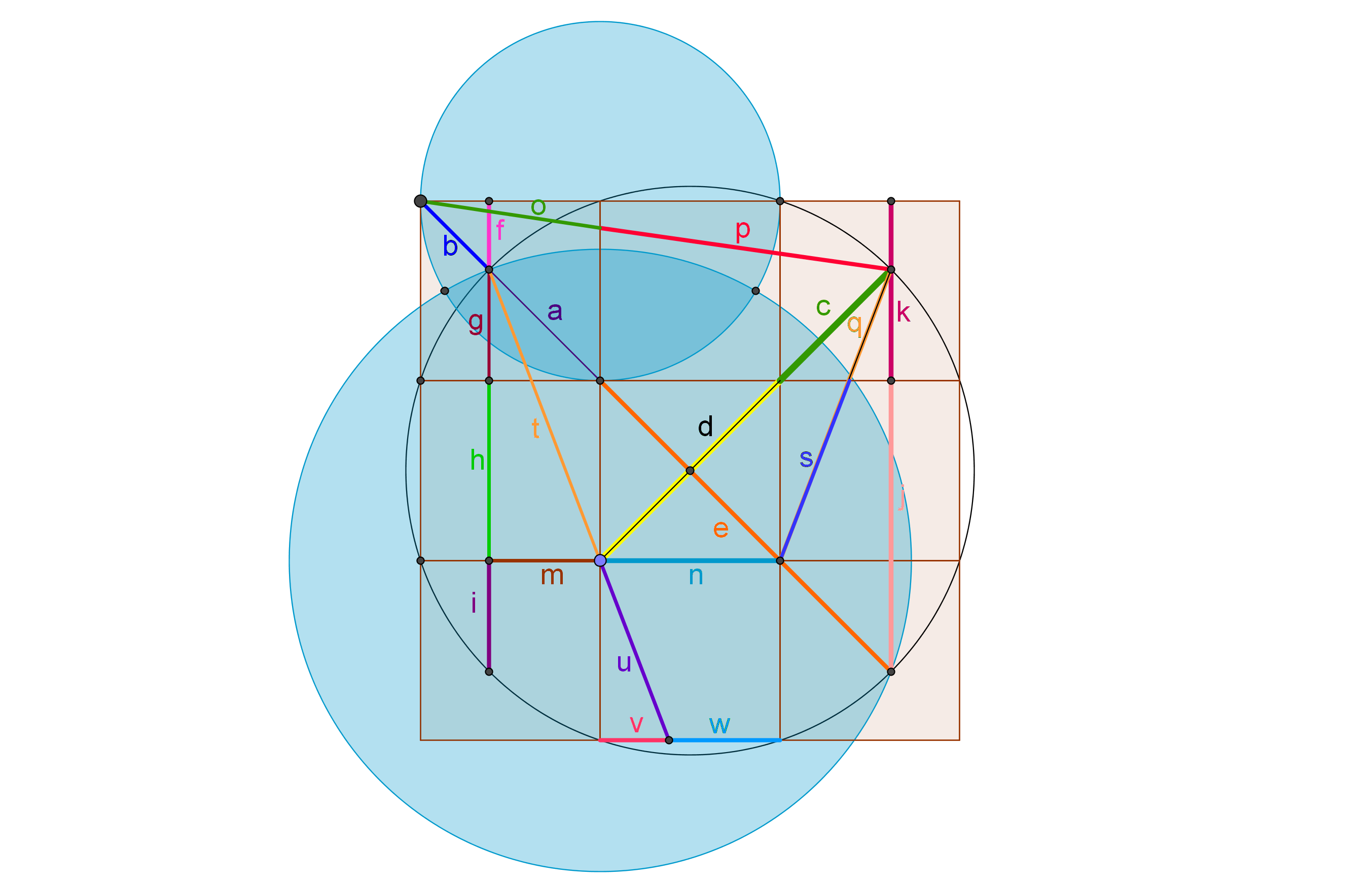 We can then again marvel at the pre-existing golden ratio found in a:b! :) 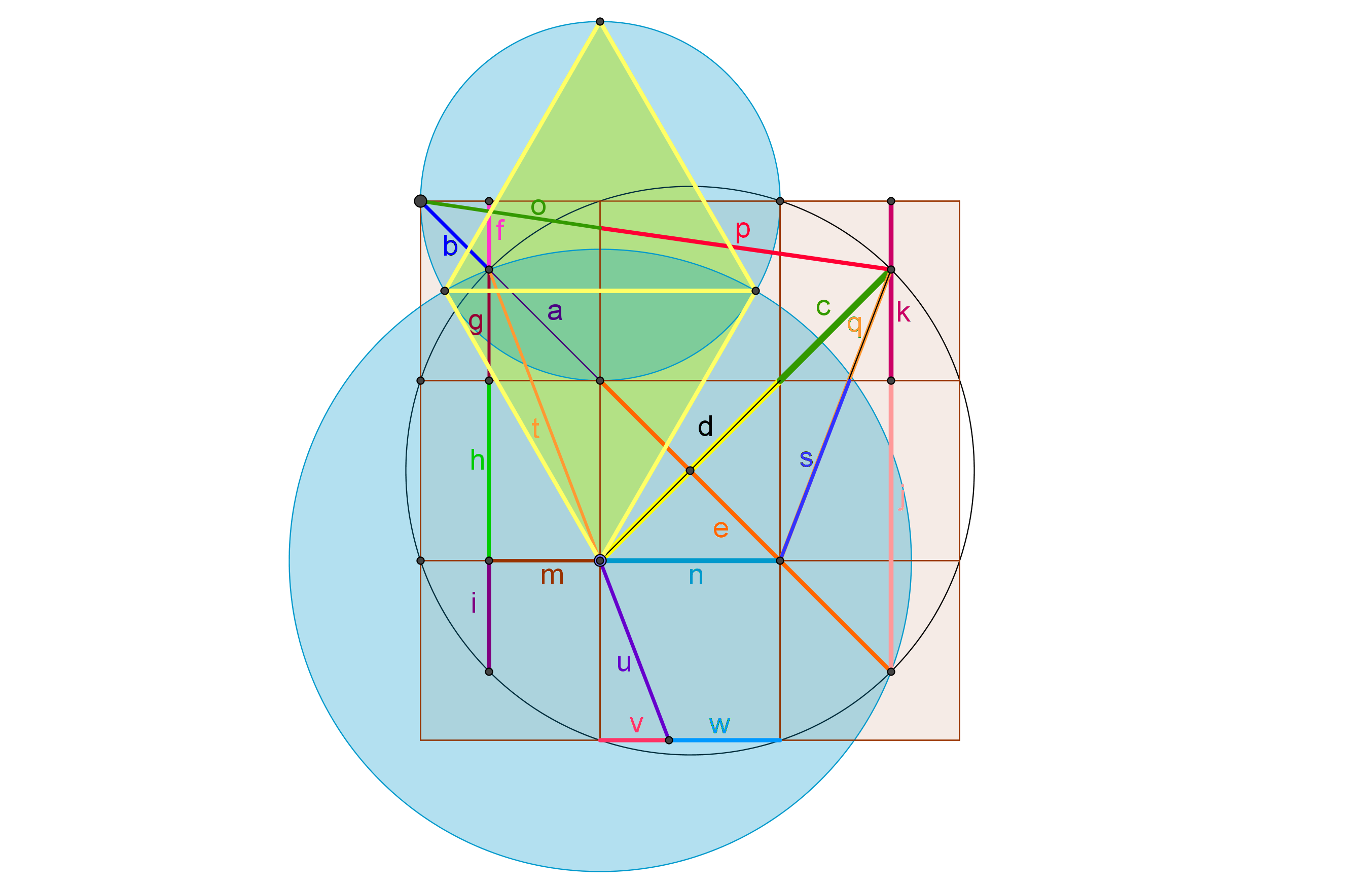 We can then again celebrate the pre-existing golden ratio of a:b found in the original Golden Ratio Symphony figure as we have done numerous times!

Edit. It seems you could use a geometry lesson to help put your "discoveries" into some perspective.

Let us first note this basic property of parallel lines:

Theorem. Three (or more) parallel lines cut any transversal into segments with a fixed proportion (such as $p:q$ in the figure). 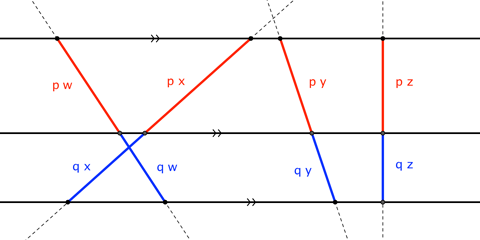 And now, let us consider your circle-and-grid diagram, in which one readily shows that $a/b = \phi = 1.618\dots$. We'll call this the figure's primary instance of the golden ratio. 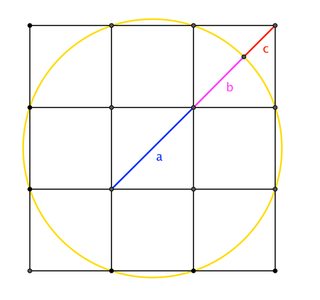 Adding-in some lines through the dividing-point of $b$ and $c$, parallel to the sides of the square, we can exploit the parallelism Theorem by effectively transferring the $a:b:c$ proportion to the edges of the square: 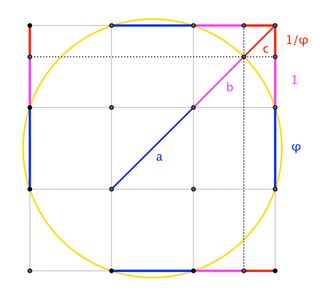 By symmetry, we get proportions all around the square: 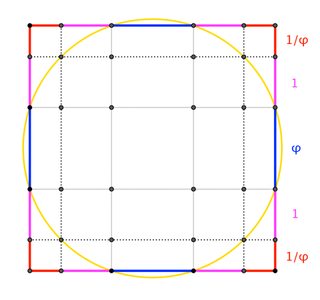 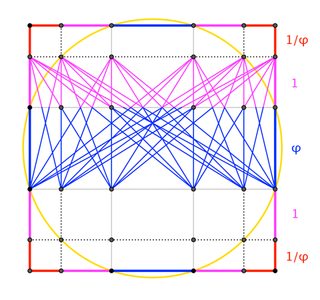 Above, because a particular set of horizontal lines cut the sides of the square in the proportion $\phi:1$, those lines cut all those segments in the same way. We can get even more instances of $\phi$ by connecting other pairs of points, midpoints of those points, or whatever ... and let's not forget about the rotational and reflective symmetries in the figure. OMG! Golden ratios everywhere! And yet, as before, these instances of $\phi$ are unsurprising and unremarkable, either individually or collectively, because they're obvious follow-ons of obvious follow-ons of the original primary instance. That's not a symphony you hear; it's the accumulation of echoes of one single note.

You seem to be spending a lot of time and effort "discovering" various instances of $\phi$ by manually plotting points and measuring ratios in GeoGebra. Please do yourself (and the rest of us) a favor: pay attention to some of the dead-simple geometric principles at work here. You'll do far less measuring, and you'll get far fewer false-positives (and -negatives); most importantly, you'll learn to distinguish utter trivialities from whatever legitimately-interesting construction you might happen to come across, vastly improving the value of your questions here.

Oh ... As to whether your recent "green square", "red segment", and "orange circles" additions are "utter trivialities" or "legitimately-interesting constructions" ... well ... I believe the first two go directly into the "trivialities" box.

(I honestly don't understand how a Ph.D in physics lets such easily-caught computational errors slip by, but I guess that's just a failure of imagination on my part.)

Anyway ... I hope this discussion helps you in your journey. It's the last contribution I intend to make.