Problem with finding Karush-Kuhn-Tucker points and checking for global or local minima.

I need to solve the following optimization problem

So first I tried to find all Karush-Kuhn-Tucker points. To do that, I wrote

Now I should consider the case where $u_1=0$ and $u_2 \neq 0$, but I'm having troubles in finding any points, so any help with that would be appreciate.

The question now is how should I conclude the question? From the fact that $g_2$ is not convex I can't say anything about the cuasiconvexity of $g_2$ at any point. Furtheremore, WolframAlpha says that $P_2$ and $P_3$ are local minima, and says nothing about $P_1$. Why is that?

Any help with thus would be highly appreciate. Thanks in advance!

Finally, I have fhe following theorem in my notes:

Even $(-N,0)$ satisfies the constraints with the objective value of $-N$. So, taking $N\to\infty$ achieves the objective of $-\infty$. 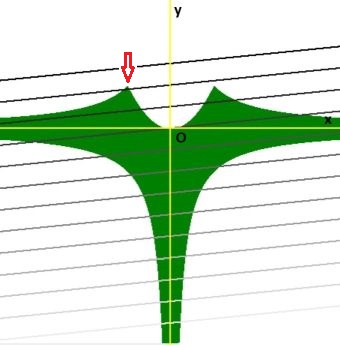 The viewport employed is given by:

Not the answer you're looking for? Browse other questions tagged optimization nonlinear-optimization karush-kuhn-tucker or ask your own question.