I recently attempted a question on implicit differentiation twice. I differentiated using one method in the first attempt and then another method in the second attempt but they do not correspond when I plug in values for the variables x and y. Please look at the two methods and tell me what I am doing wrong. 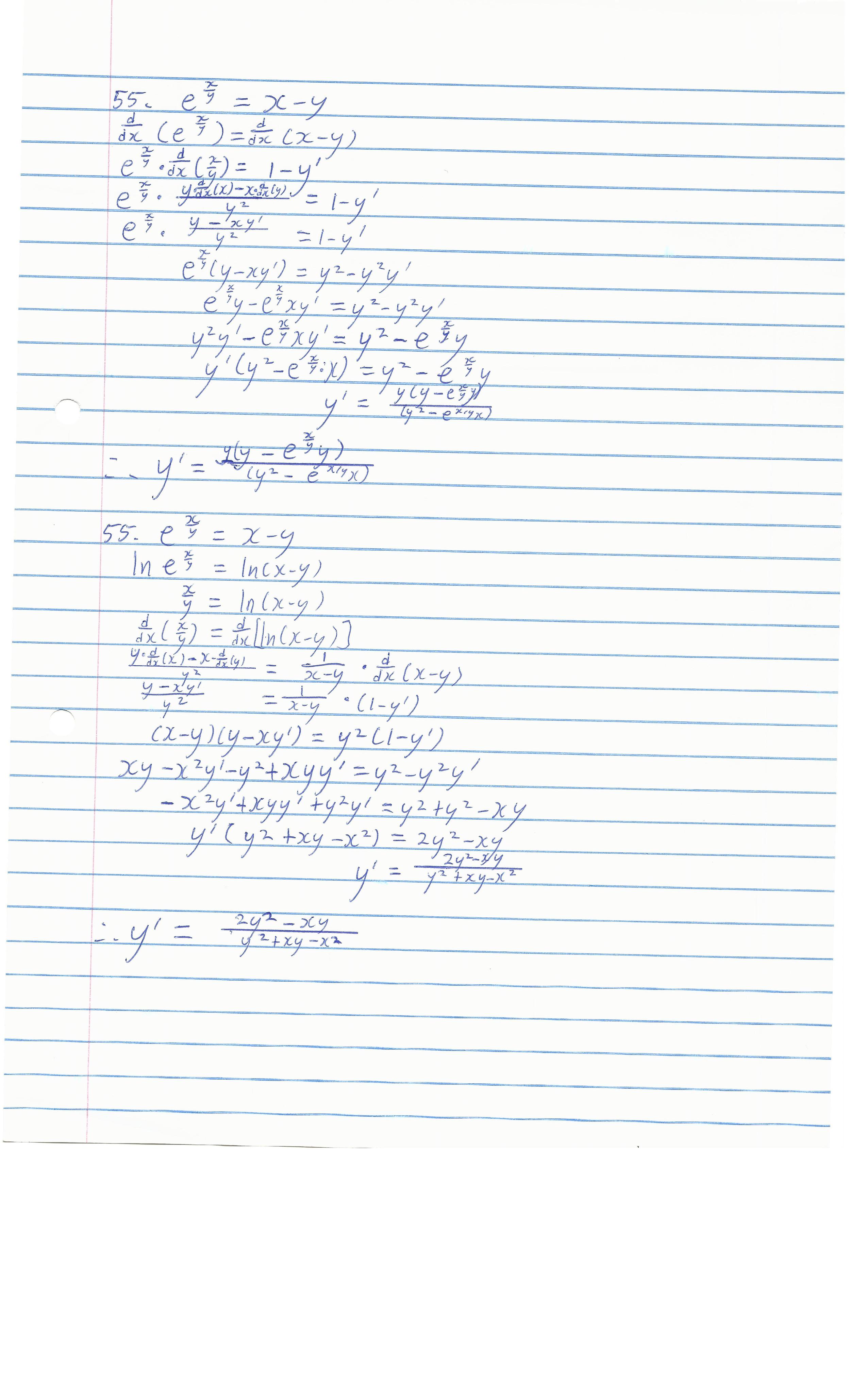 Not the answer you're looking for? Browse other questions tagged calculus derivatives implicit-differentiation or ask your own question.