This is related to the problem of finding for which primes $p$ is $2$ a quadratic residue. If we can prove the above, then from the form of $p=a^2-2b^2$, it is easy to see that $p=8k \pm 1$. I know a proof which uses quadratic fields. It shows that $p$ cannot be prime in $\mathbb{Z}[\sqrt{2}]$ and thus it is of the form $p=(a+\sqrt{2}b)(a-\sqrt{2}b)$. However, it seems (to me) like an overkill to use non-trivial results from quadratic fields for this. Surely there's got to be an elegant method which stays within $\mathbb{Z}/p\mathbb{Z}$

If you actually want to see the full solution, pass your mouse over the yellow area.

Reduction of this form to a Gauss-Lagrange "reduced" form takes a finite number of steps. There is just one equivalence class of forms of this discriminant, and just two reduced forms, $\langle 1,2,-1 \rangle$ and $\langle -1,2,1 \rangle.$

Oh, before I forget, it turns out that an indefinite form $\langle A,B,C \rangle$ is reduced if and only if BOTH $AC<0$ and $B>|A+C|.$ This is a minor note in a book in preparation by Franz Lemmermeyer. Here we go, Gauss reduced forms are Theorem 1.36, pdf page 43 but book numbered page 37. The condition I give above is formula (1.34).

I made jpegs of the three most important pages in BUELL as relates to reduction of indefinite binary forms. 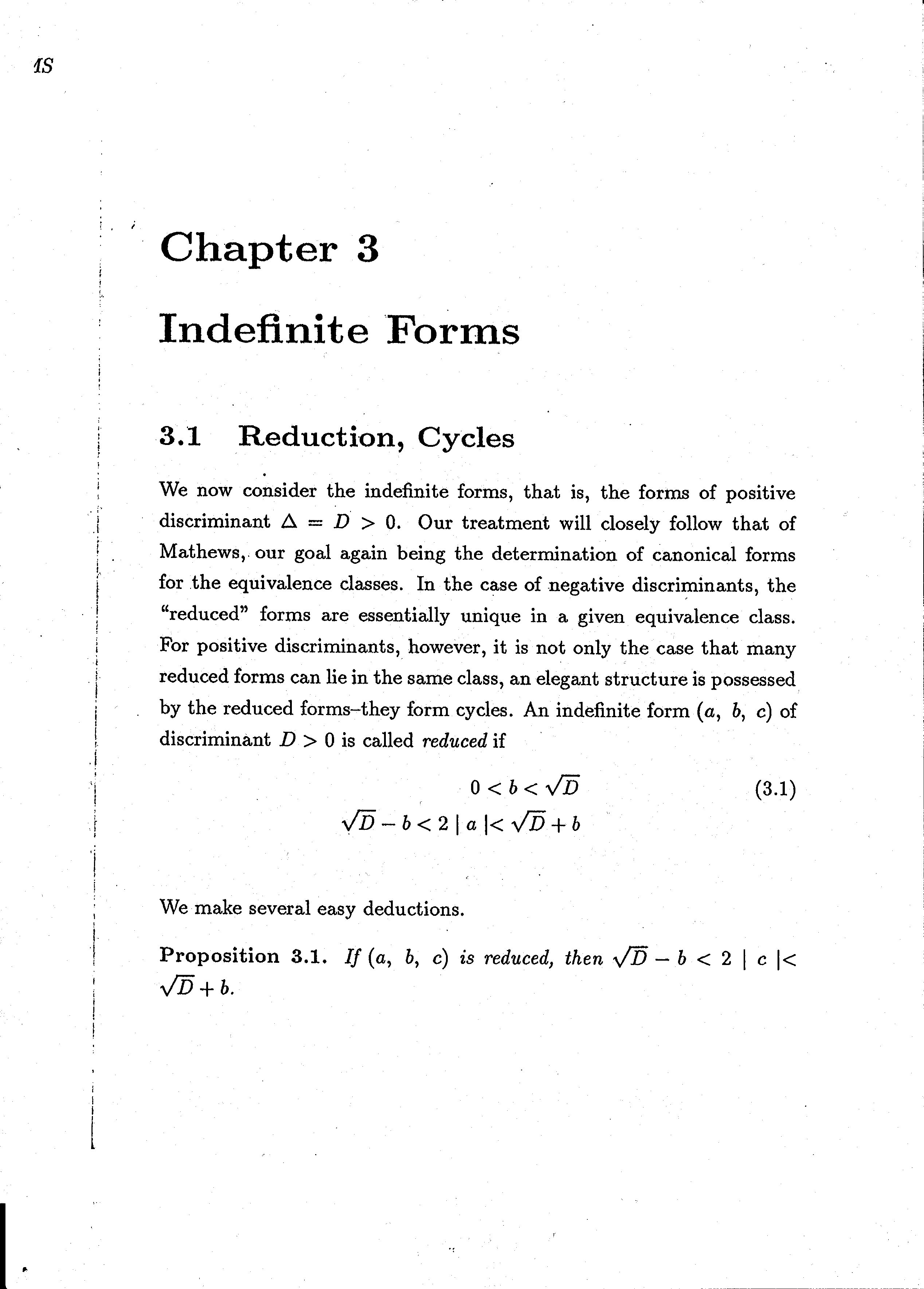 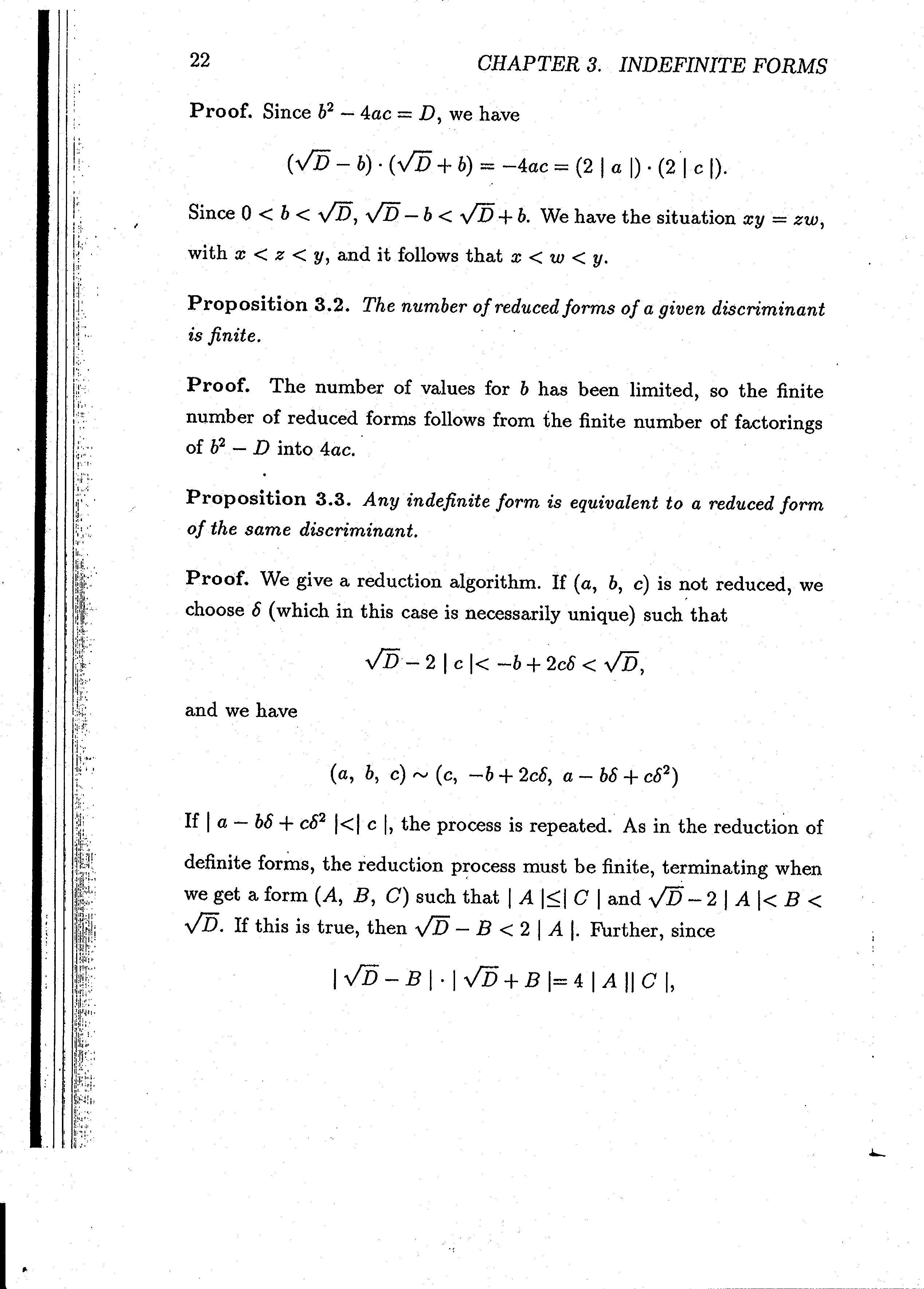 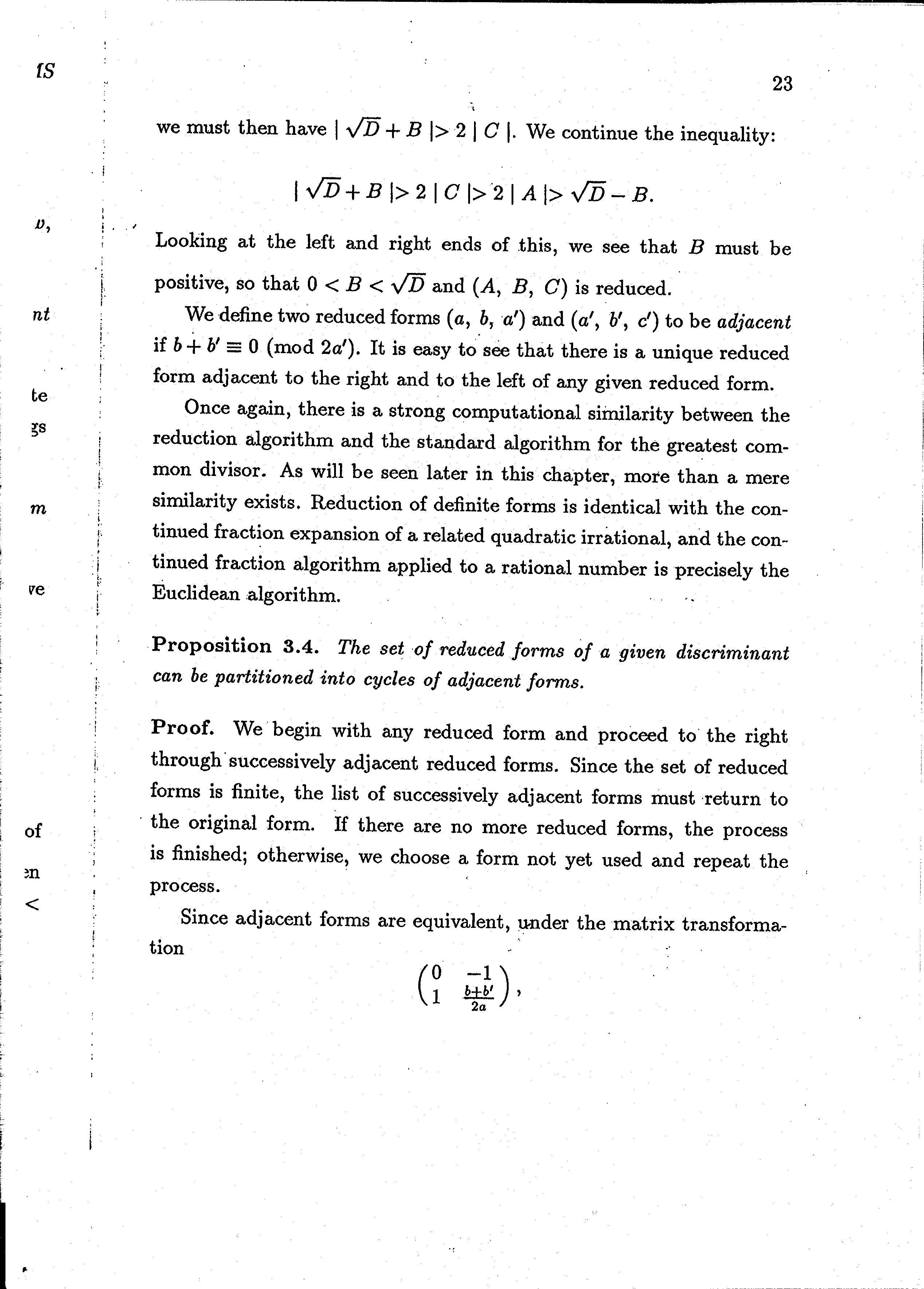 Not the answer you're looking for? Browse other questions tagged number-theory elementary-number-theory prime-numbers finite-fields or ask your own question.