Yes, the way I captured this is:

Nature has no metric system in itself, so when you measure something, you're doing it through a super-imposed metric that does not, in principle, have any meaning

However, one could measure things in a "more natural way" taking the distance from the mean divided by the standard deviation, let me explain this to you with an example

Suppose you see a man which is 2.10 meters tall, we all would say that he is a very tall man, not because of the digits "2.10" but because (unconsciously) we know that the average height of a human being is (I'm making this up) 1.80m and the standard deviation is 8cm, so that this individual is "3.75 standard deviations far from the mean"

Now suppose you go to Mars and see an individual which is 6 meters tall, and a scientist tells you that the average height of martians is 5.30 meters, would you conclude that this indidual is "exceptionally tall"? The answer is: it depends on the variability! (i.e. the standard deviation)

So that, one natural way measure things is the so called Mahalanobis distance

So that to larger eigenvalue is associated longer axis (in the euclidean distance!) which means more variability in that direction 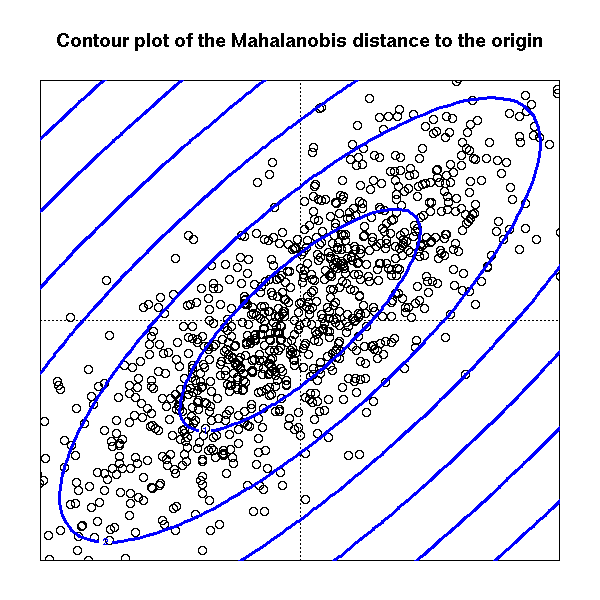 Not the answer you're looking for? Browse other questions tagged linear-algebra eigenvalues-eigenvectors covariance or ask your own question.