The Golden Ratio in a Circle and Equilateral Triangle. Geometric/Trigonometric Proof?

Geogebra gave me 1.618. . . . for the following Golden Ratio construction shown below.

First off, has anyone seen anything similar to this construction?

Basically begin with an equilateral triangle. Inscribe a circle inside of it. Connect the two upper points where the circle is tangent to the triangle. Find the midpoint. Find the midpoint of the side of the newly defined smaller triangle atop. Draw a line from that midpoint through the first midpoint and on to the border of the circle. The blue and yellow line segments, thusly defined, are in the ratio of 1.618 to 1. 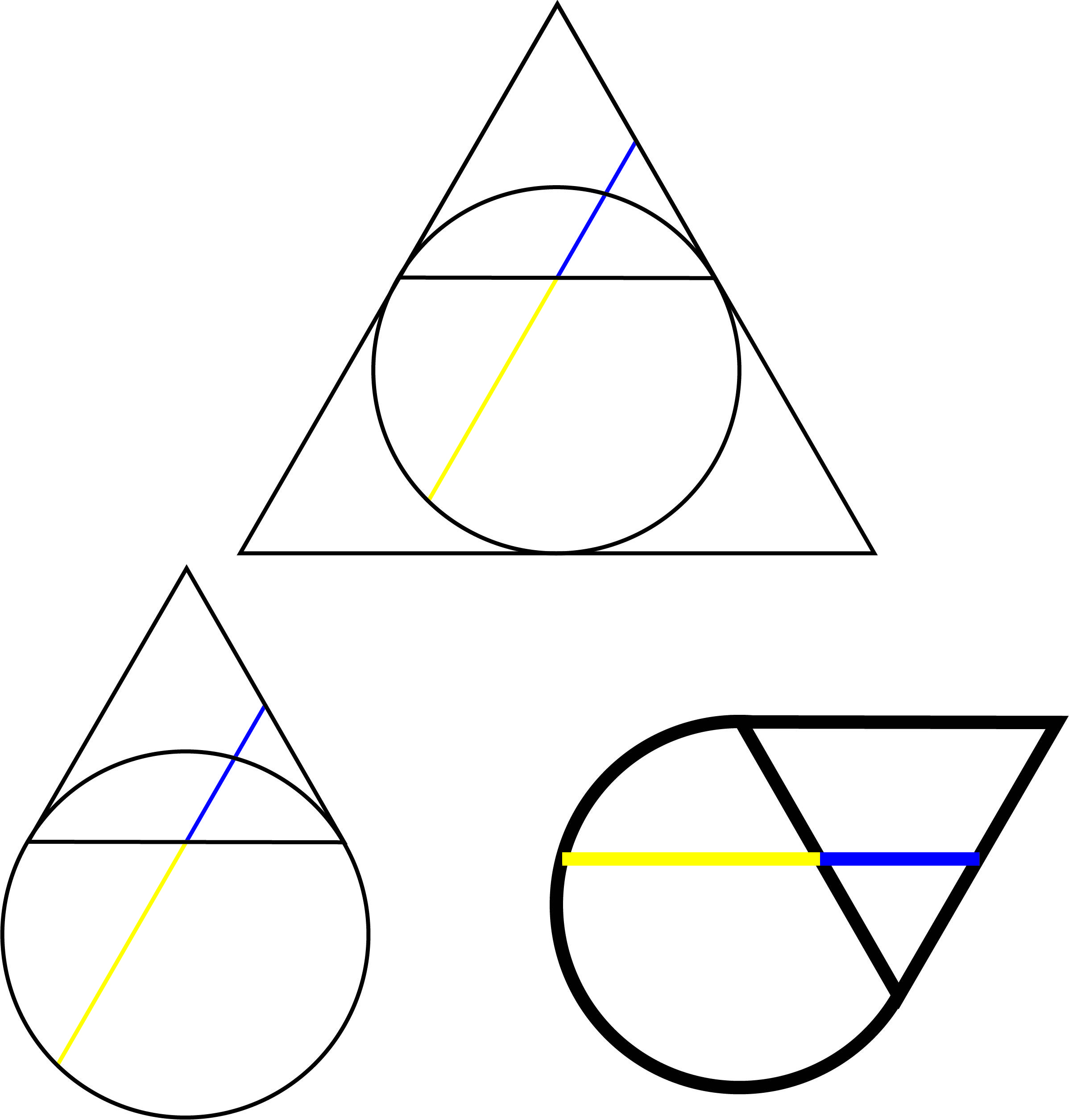 Might anyone know of a quick trigonometric or geometric proof? Thanks!! :)

Before choosing the simpler manner of depicting and drawing this golden ratio construction above, using just a triangle, circle, and segment, I had originally constructed it in a more complicated manner as shown here, using three tangent circles and a fourth circle drawn through and connecting the centers: 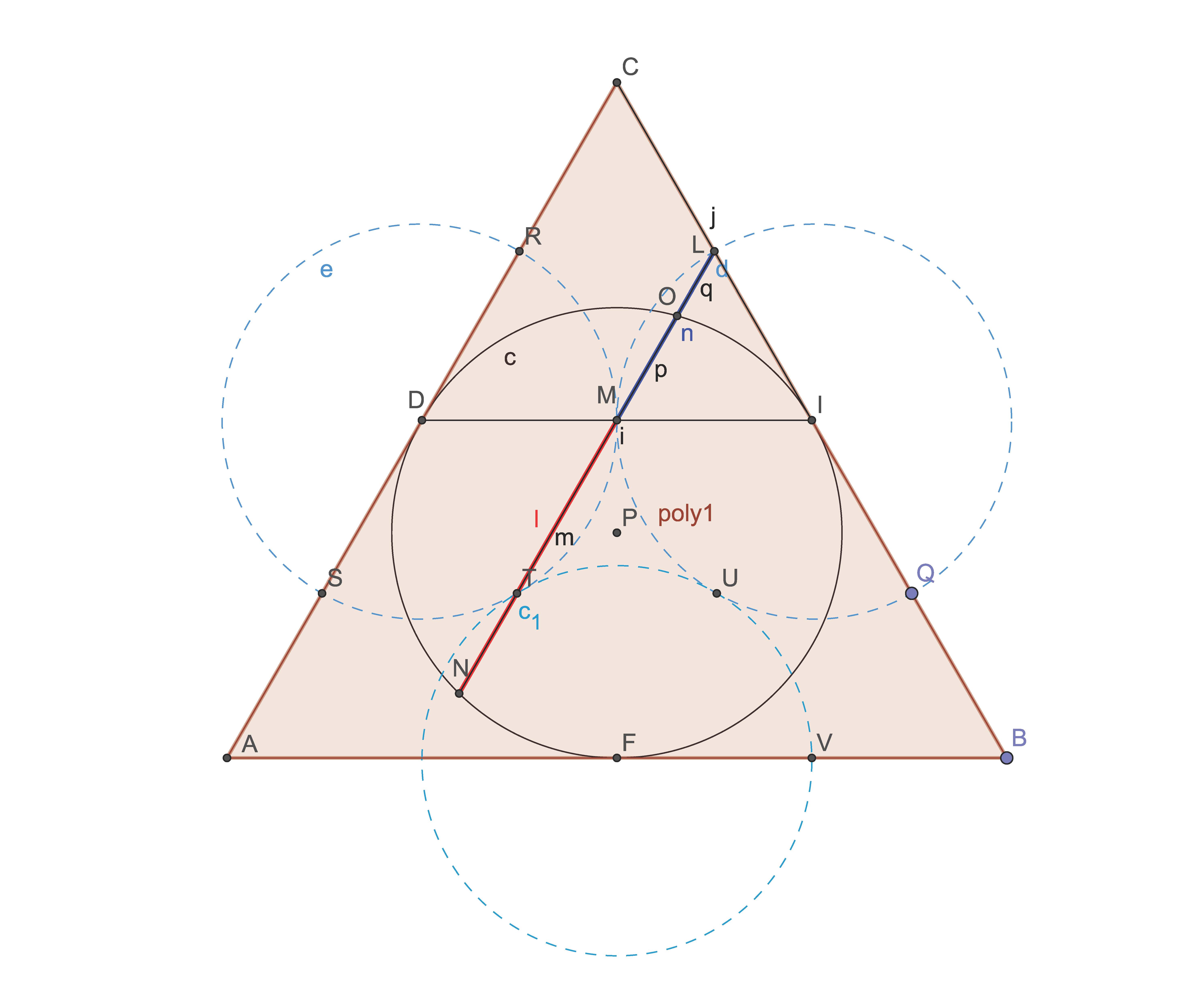 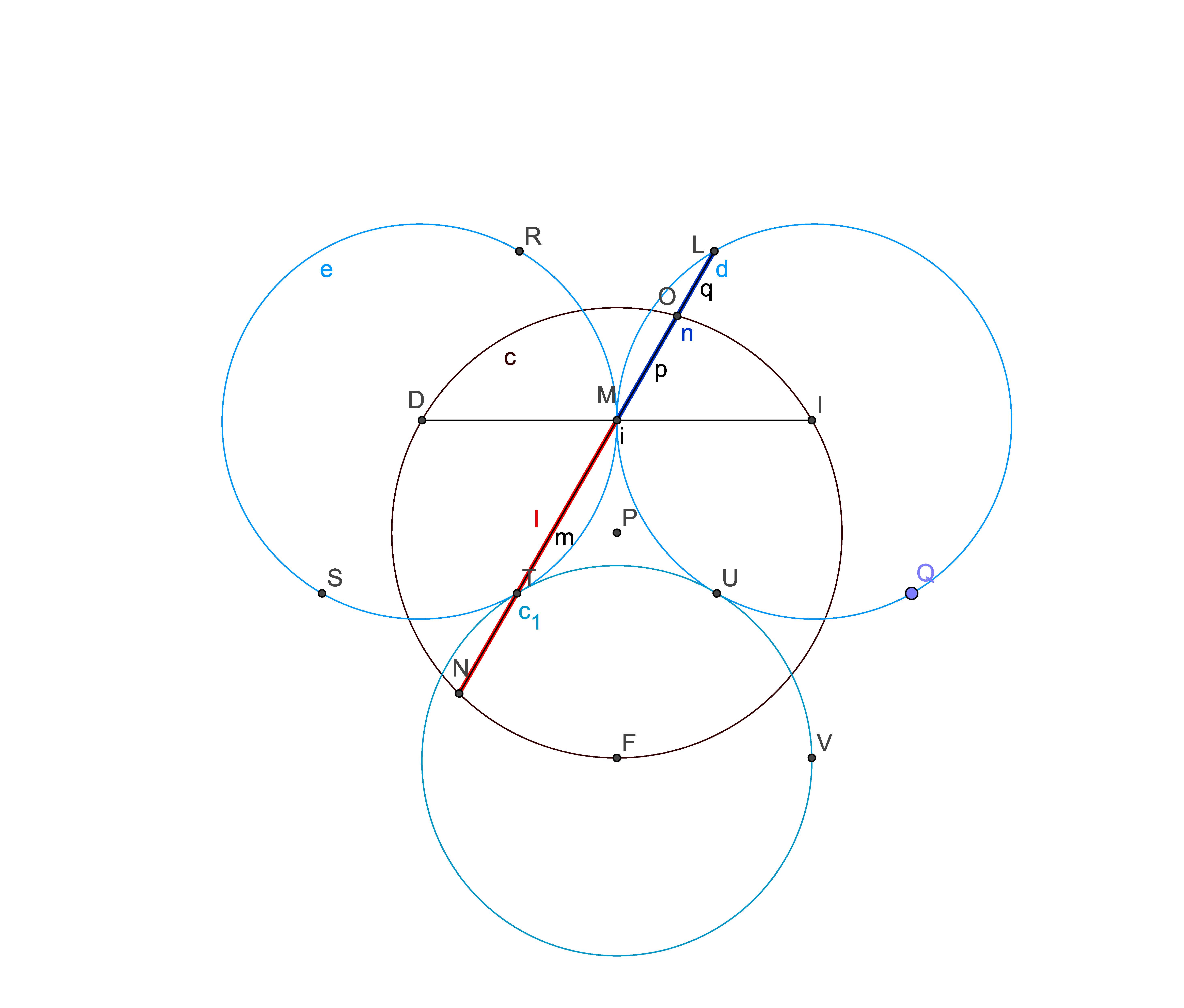 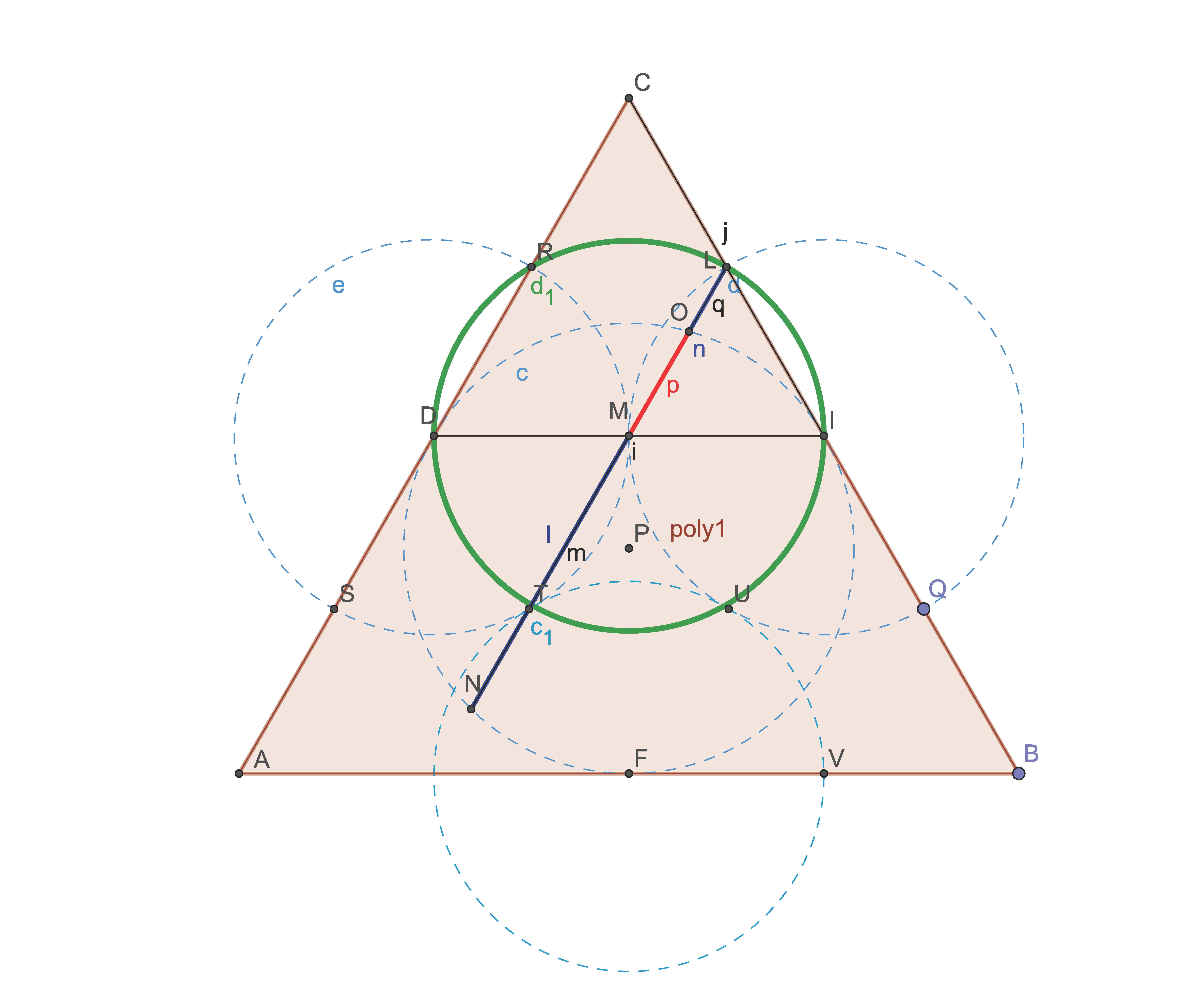 which can be greatly simplified to this depiction, as also shown above: 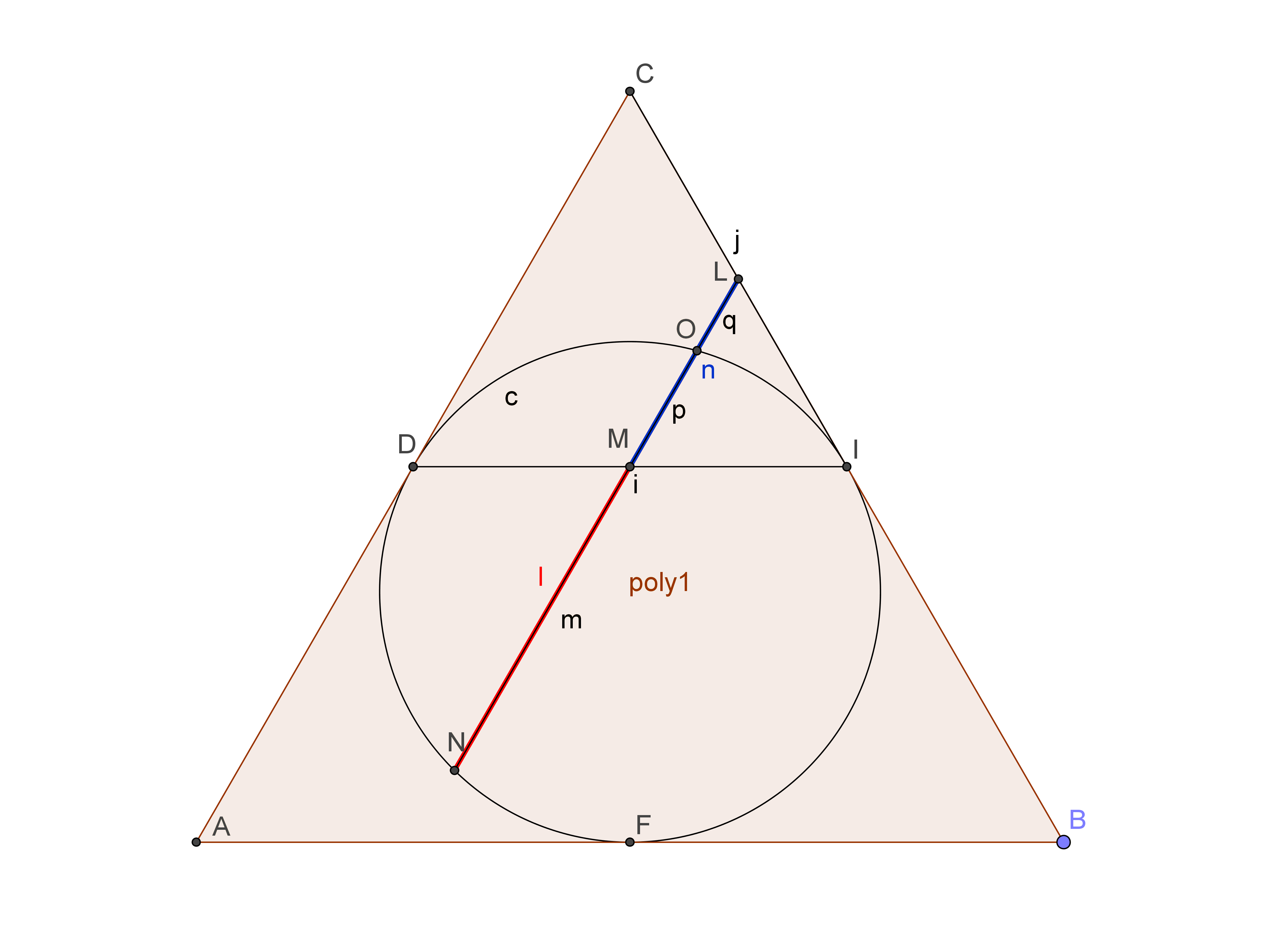 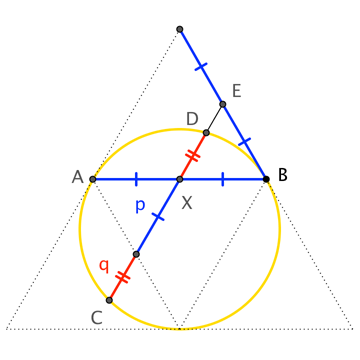 I can't say that I've seen this construction before, but I don't exactly have a catalog of such things in my head. The power-of-a-point connection seems (almost) "obvious" in retrospect, so it likely has been observed before. Still, it's pretty neat. (It's my favorite of your constructions so far.) 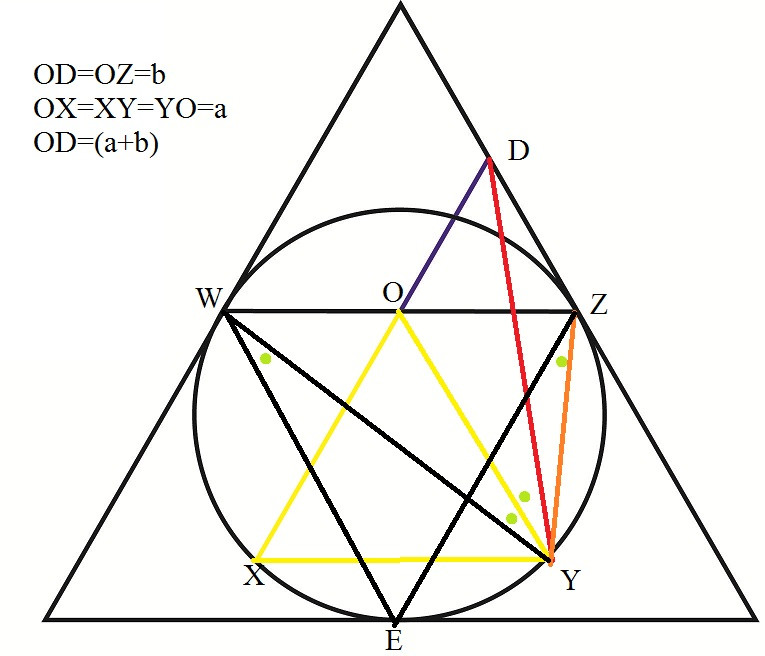 Observe that $DXY$ is similar to $YOZ$

$OY$ is constructed similar to $OX$

1
New Golden Ratio Construct: which one of my constructs is superior/simplest--squares & circles or just circles?