Tesselation of the upper half plane via Ford Circles

I have a question about the tesselation of the upper half plane via Ford Circles. Wikipedia says

I think there are mistakes in the wikipedia article

the polygon by connecting these tangent segments form an apeirogon.

($\Pi$ is the angle of parallelism function, https://en.wikipedia.org/wiki/Angle_of_parallelism )

In the particular Ford circle case:

It seems the diagram that the OP has in mind is the most popular one, for example http://www-bcf.usc.edu/~fbonahon/STML49/FareyFord.html

John Horton Conway emphasizes a different picture that he calls the "topograph." Geodesic segments are added tangent to each pair of tangent Ford circles. These segments meet up with other such segments. the result is a countably infinite tree, each vertex has valence 3. For that matter, Conway first produces the tree and then says ""...have inscribed circles" which turn out to be the Ford circles. See Conway http://www.maa.org/press/maa-reviews/the-sensual-quadratic-form and Stillwell http://www.springer.com/us/book/9780387955872 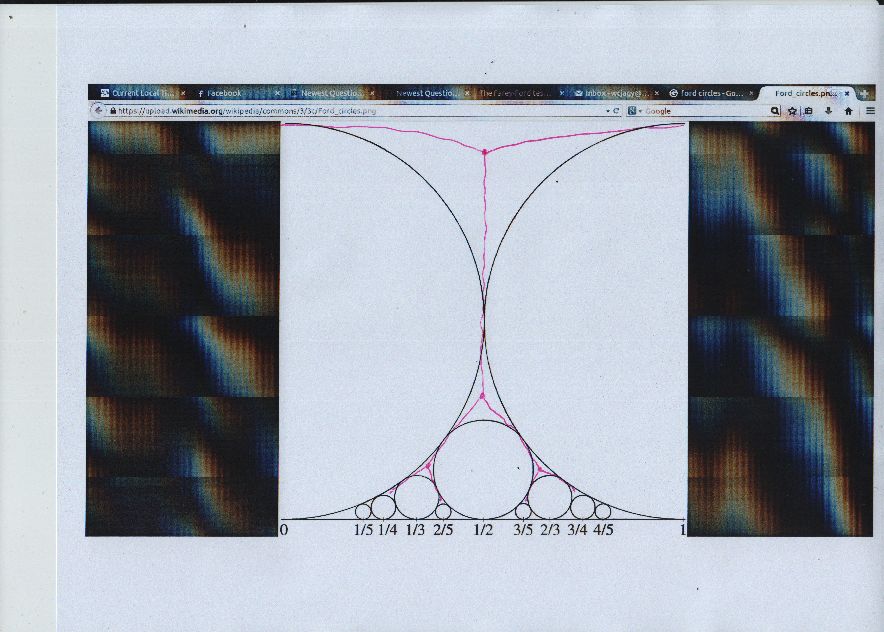 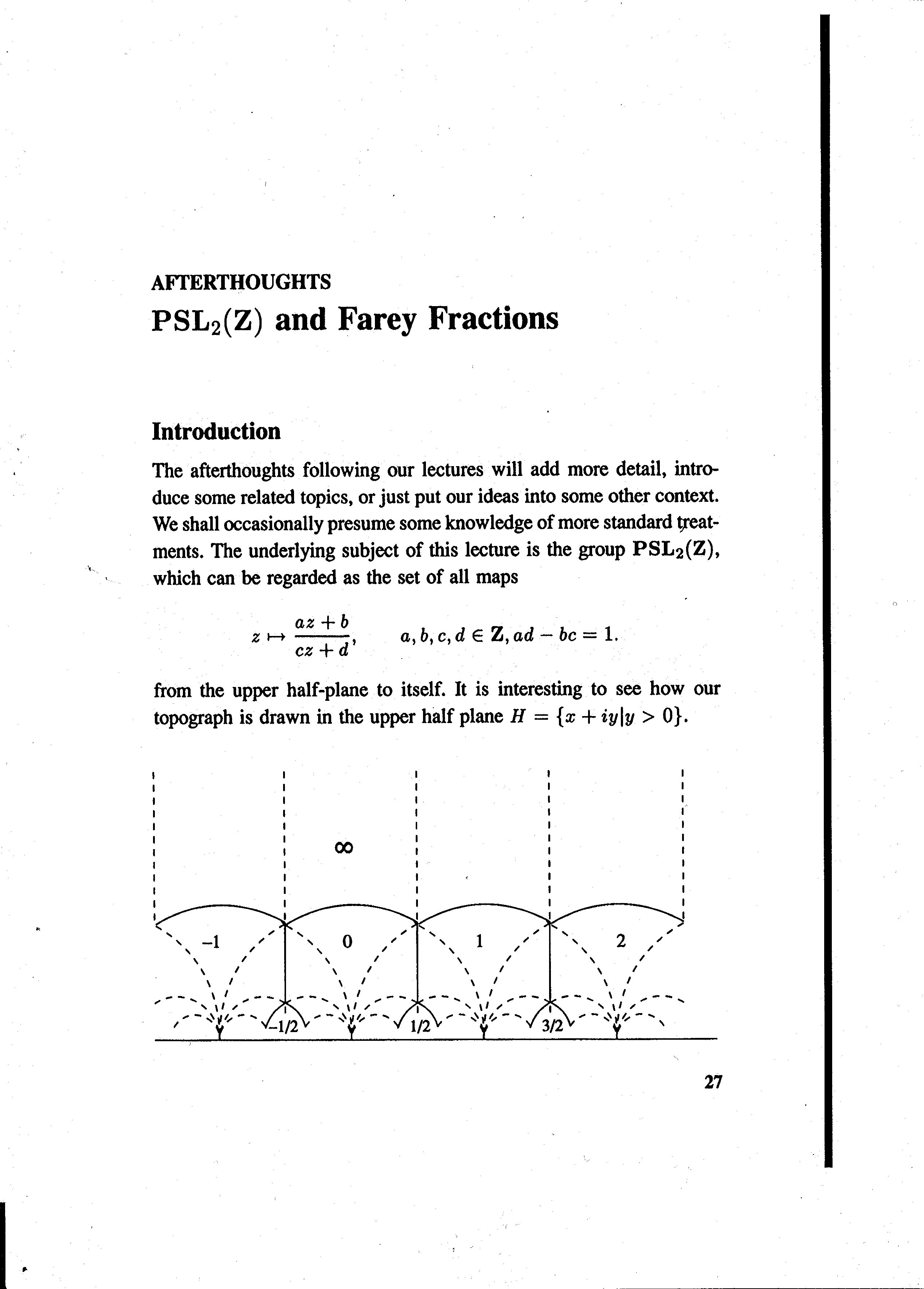 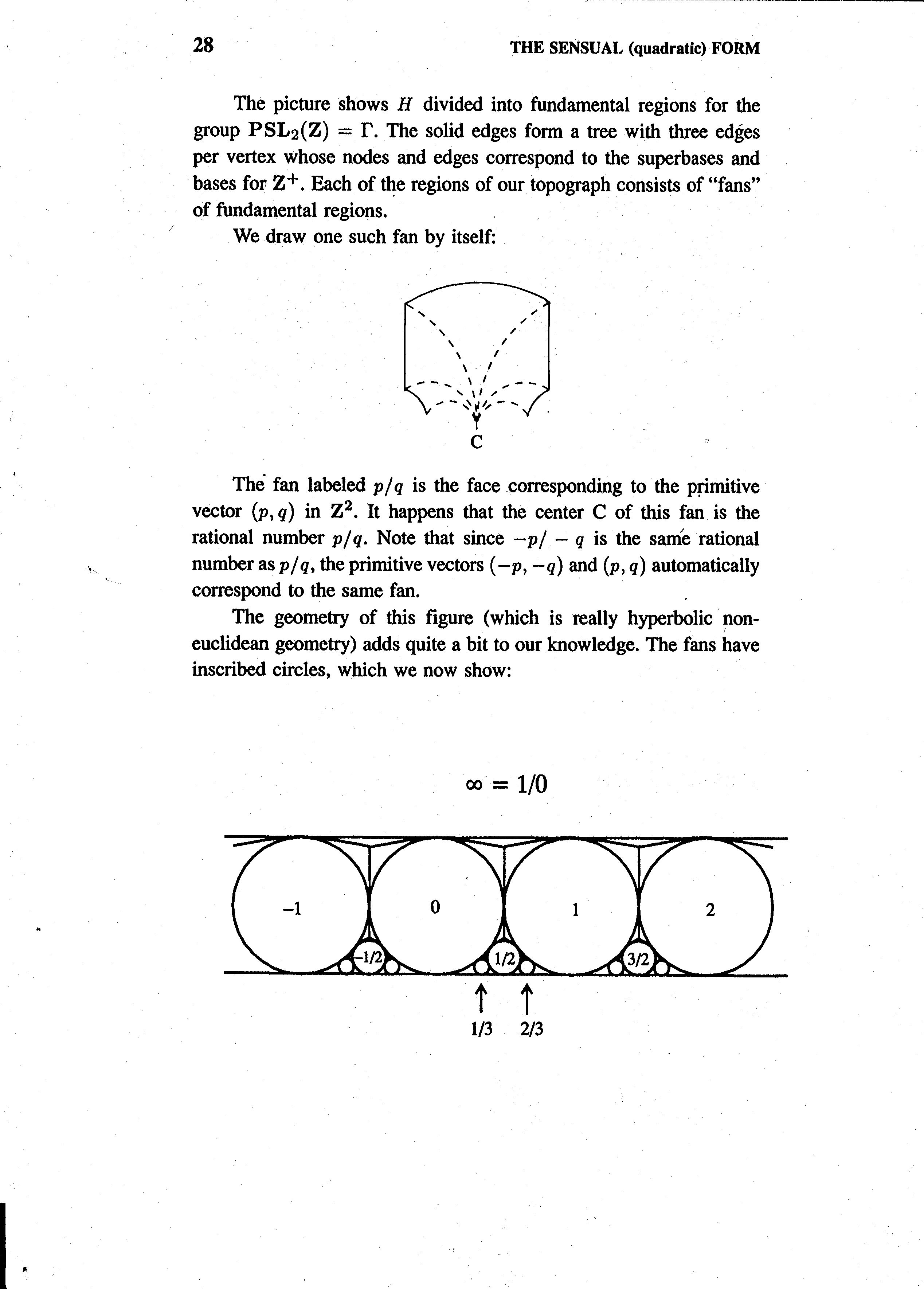 Not the answer you're looking for? Browse other questions tagged hyperbolic-geometry tessellations or ask your own question.

0
hyperbolic confusion: Is an apeirogon even a (closed) polygon?