Since $PA=PB$, the triangle $PAB$ is an isosceles triangle. Suppose we draw the median from $P$ to $AB$ intersecting at $E$. Note that this line is bisecting $AB$. Furthermore, because $PAB$ is isosceles, this median in particular divides $PAB$ into two congruent triangles $PAE$ and $PBE$ $(PE=PE,PA=PB,AE=BE)$. It follows that this line is a perpendicular bisector of $AB$.

But then, every perpendicular bisector of a chord of a circle passes through the center. It follows that $O$ lies on $PE$.

Please ask if any doubts. 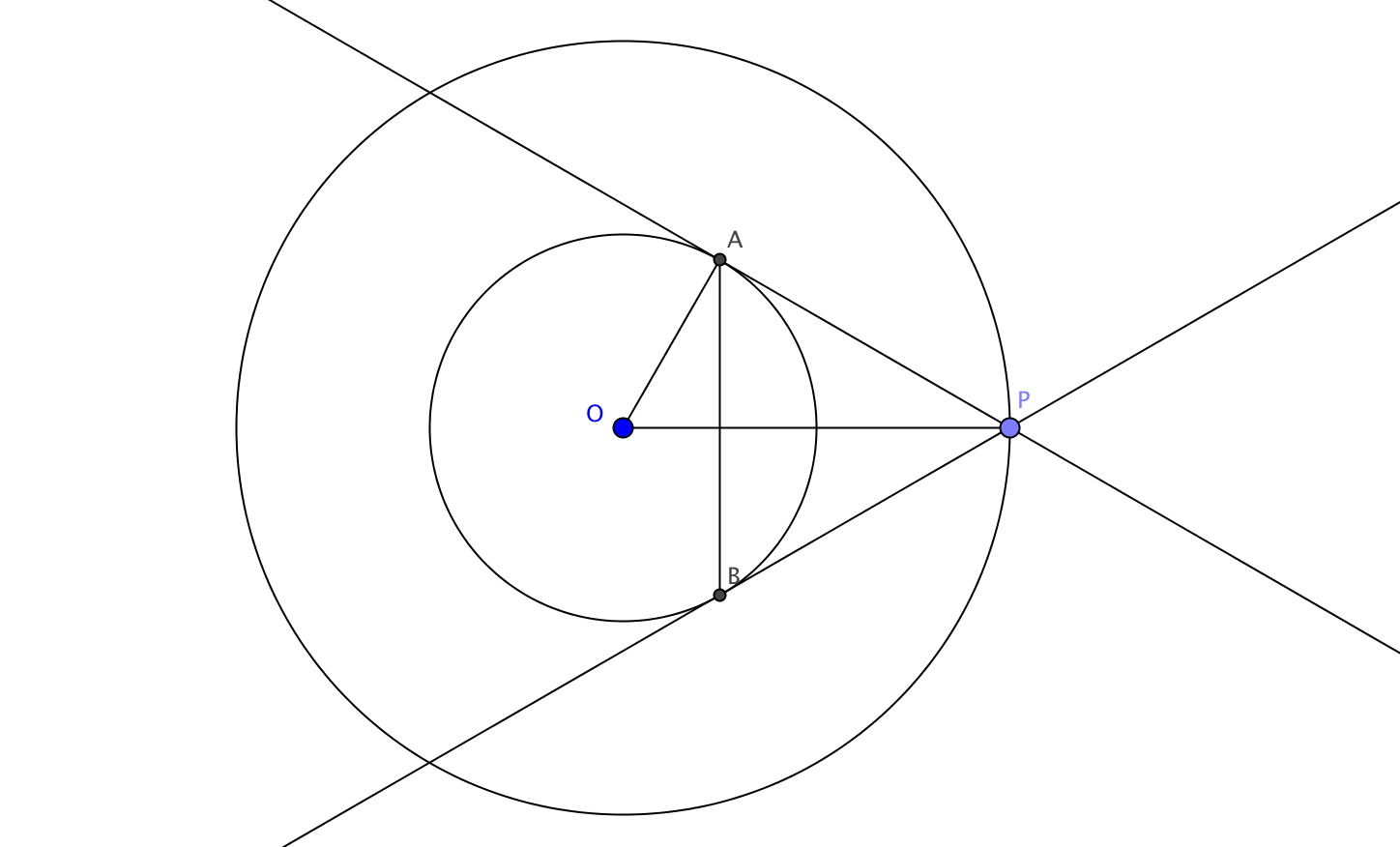 Since $PA=PB$, $\triangle PAB$ is an equilateral triangle.

From that fact, there are many ways to draw the conclusion. For example:

5
The common tangents to the circles $x^2+y^2+2x=0$ and $x^2+y^2-6x=0$ form an equilateral triangle
4
What is the radius of circle
1
Problem on circles, tangents and triangles
1
Which property of a circle or triangle show that $PT^2$ − $PU^2$ = $QT^2$ equation of concentric circle holds?
0
To prove orthocenter of triangle inscribed incircle of radius r lies in cocentric circle of radius 3r
5
Contest Math Geometry problem related to Tangents of a circle
1
Find centre of circle $C_2$ given equation of $C_1$ and 2 points of intersection with $C_1$
9
What is the radius of this circle?
12
Does $\triangle ABC$ exist such that $\triangle ABC \sim \triangle DEF$, with $D, E, F$ being the incentre, centroid, orthocentre of $\triangle ABC$?