For what natural numbers n is it true that whenever the midpoints of the sides of a convex n-sided polygon $K_n$ form a regular n-gon, then $K_n$ itself is also a regular n-gon?

Let us work in the plane identified with the set of complex numbers $\mathbb{C}$.

Let us prove it is false for an even number of points.

More generally, by composing $S_1$ followed by $S_2 \cdots S_n$, (a transformation that we will call $S$) when $n$ is even, one has, by an immediate recurrence:

(last equality because the sum is zero for a regular polygon). 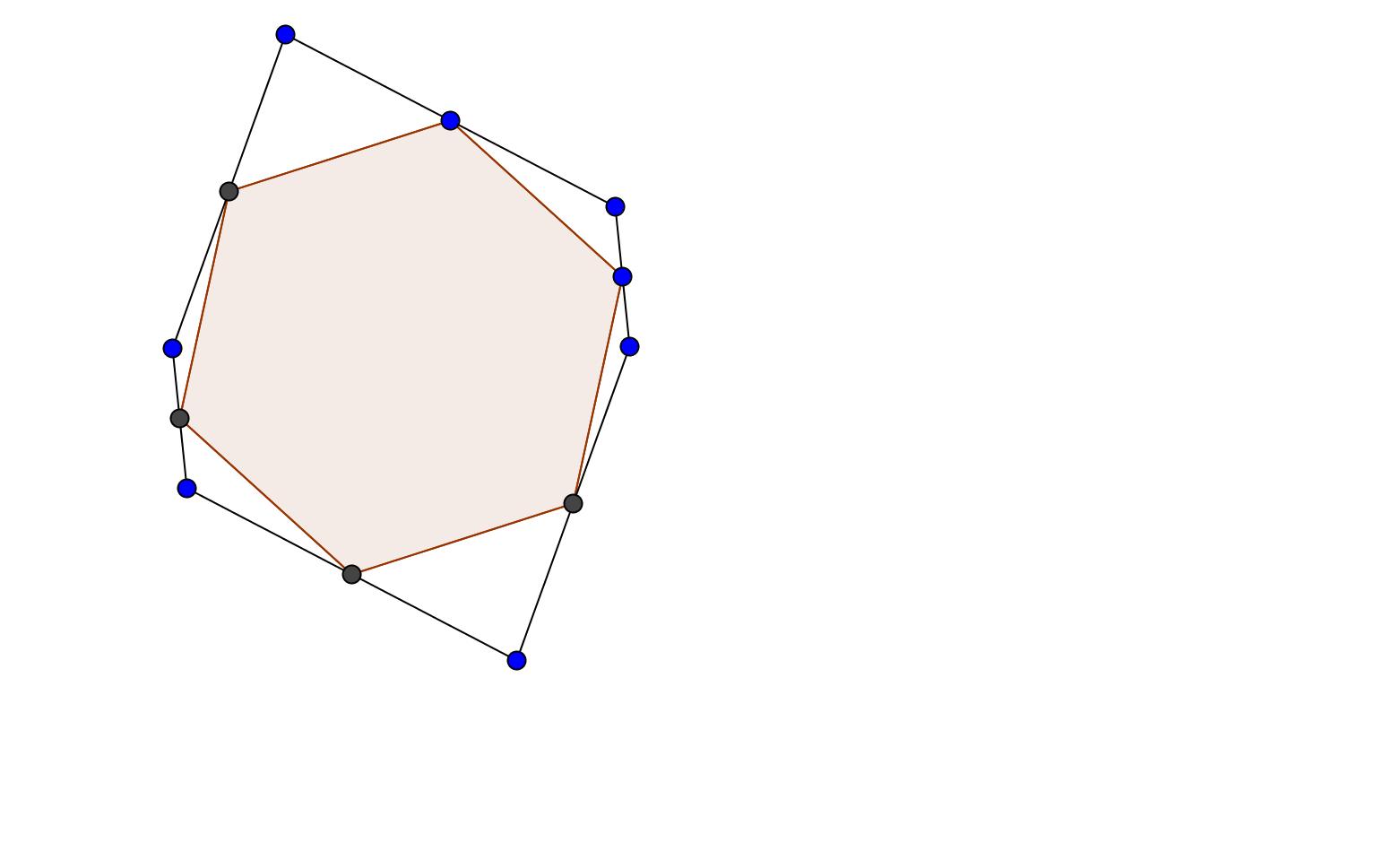 Remark: there is a funny 3D interpretation of the above figure as a perspective view of a particular section of a cube by a plane passing by certain midpoints.