Beautiful geometry: Laser bouncing of walls of a semicircle [closed]

Consider a semicircle with diameter $AB$. A beam of light exits from $A$ at a $58^{\circ}$ to the horizontal $AB$, reflects off the arc $AB$ and continues reflecting off the "walls" of the semicircle until it returns to point $A$.

How many times does the beam of light reflect of the walls of the semicircle (not including when it hits $A$ at the end)?

Note: "walls" of the semicircle refer to the diameter $AB$ unioned with the arc $AB$.

I cheated and used GeoGebra. It appears to reflect 29 times (unless my old eyes miscounted) until it comes down vertically to point C. At that point it will reverse path for a total of 59 reflections until it returns to A. 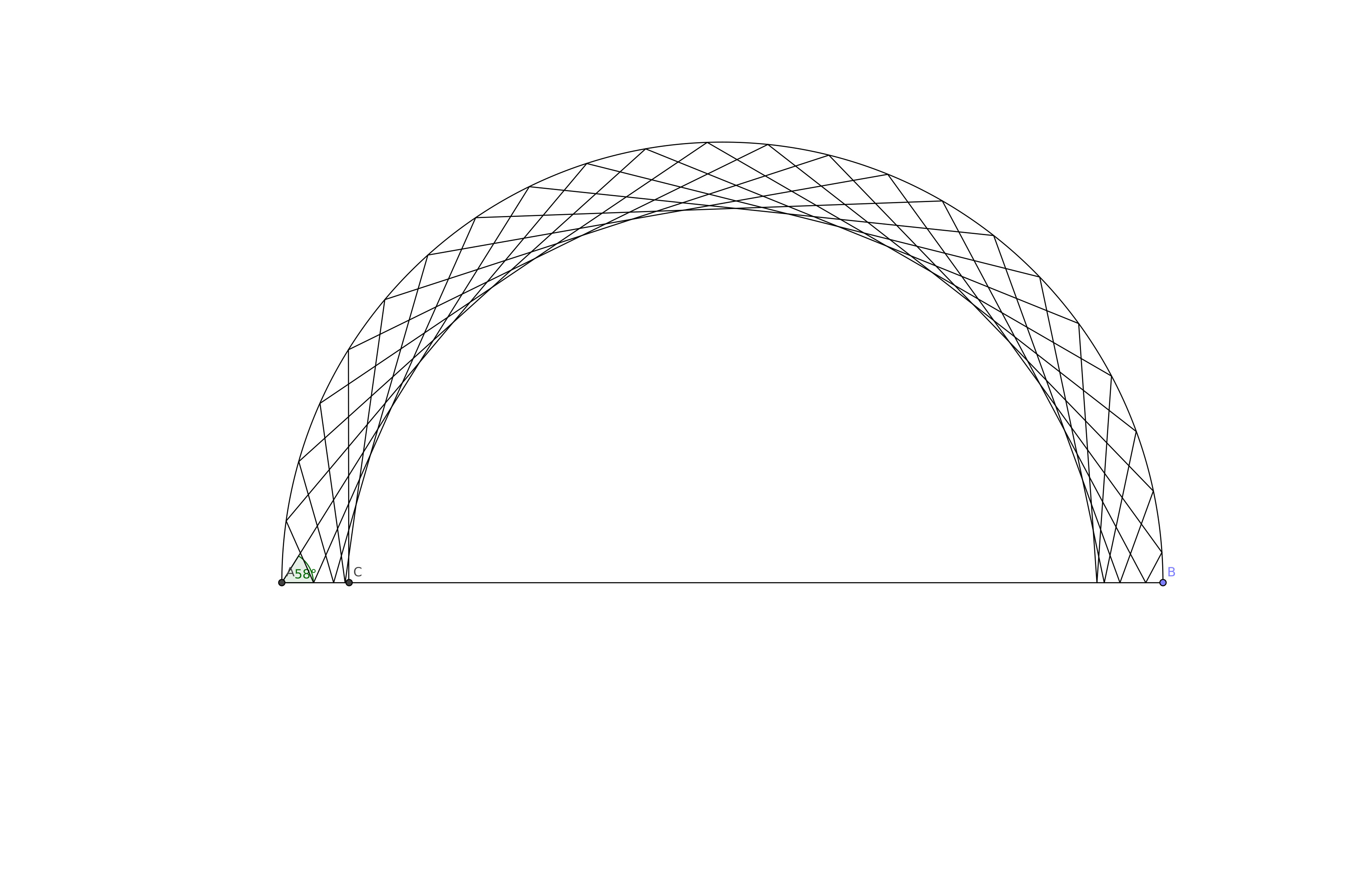 10
Bodyguards and Laser Beams
1
Reflected rays bouncing in a regular polygon?
1
Bouncing a point across a rectangle
0
Help me with this geometry question!
1
Geometry problem!
3
Prove the light will never go through a vertex
0
Formula for the diameter of an emerging beam