Are there two distinctly separate definitions for the Optional Stopping Theorem?

I have been reading a book called Stochastic Calculus by Steele. Inside, they have a theorem they state as the "Optional Stopping Time Theorem":

However, on Wikipedia, Optional Stopping Theorem - Wikipedia they state the optional stopping theorem in terms of three separate sufficient statements. At first glance, these two don't look the same. Is there a chance they are talking about the same thing? 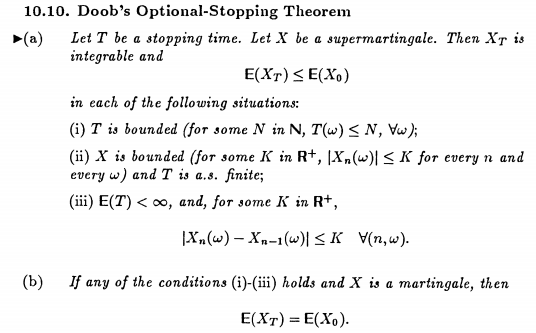 Not the answer you're looking for? Browse other questions tagged probability probability-theory stochastic-processes martingales or ask your own question.