How to find a realisable starting point with the Simplex algorithm?

Let be the following linear program: 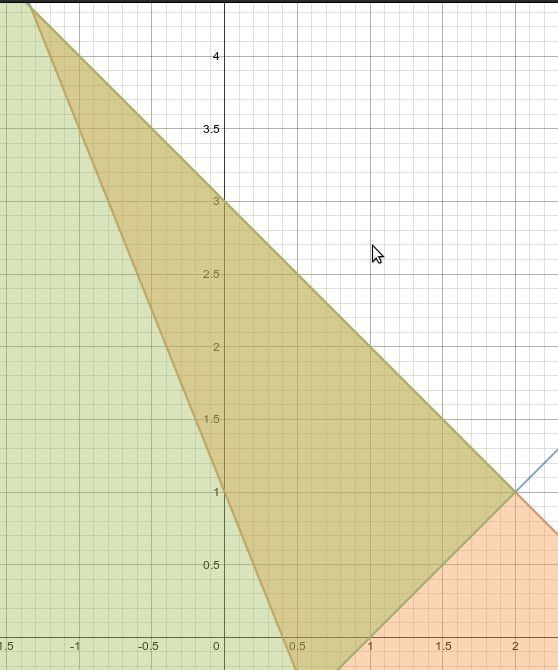 I know how to graphically guess where a starting point is but how to find it with the Simplex algorithm?

Here I graphically guess that we would strat from the bottom or the left, but it's only a guess as fas as we are under a $\max$ condition.

After having put in place the begining of the Simplex algorithm, I have:

but how to find the starting point from here? I only know that the variable about to come is $X_1$ because it has the greatest coefficient...

Not the answer you're looking for? Browse other questions tagged optimization convex-optimization linear-programming or ask your own question.

1
Which variable enters the basis from $\hat c$ in the revised Simplex method?
1
What variable to choose with the dual algorithm of the Simplex for a $\max$ problem with negative variables
1
Find the final tableau knowing the optimal solution
1
Simplex Algorithm, determining Two Phase is required and choice of artificial variables
0
Max $Z=4x_1+5x_2$ Using two phase simplex
1
Solving a linear optimisation problem with simplex method