What's the benefit of using strong induction when it's replaceable by weak induction?

Example of a proof of a theorem using weak(ordinary) induction

The two types of inductions have process of proving P(a) and "for all integers $n \ge b, P(n)$" as a result in common. 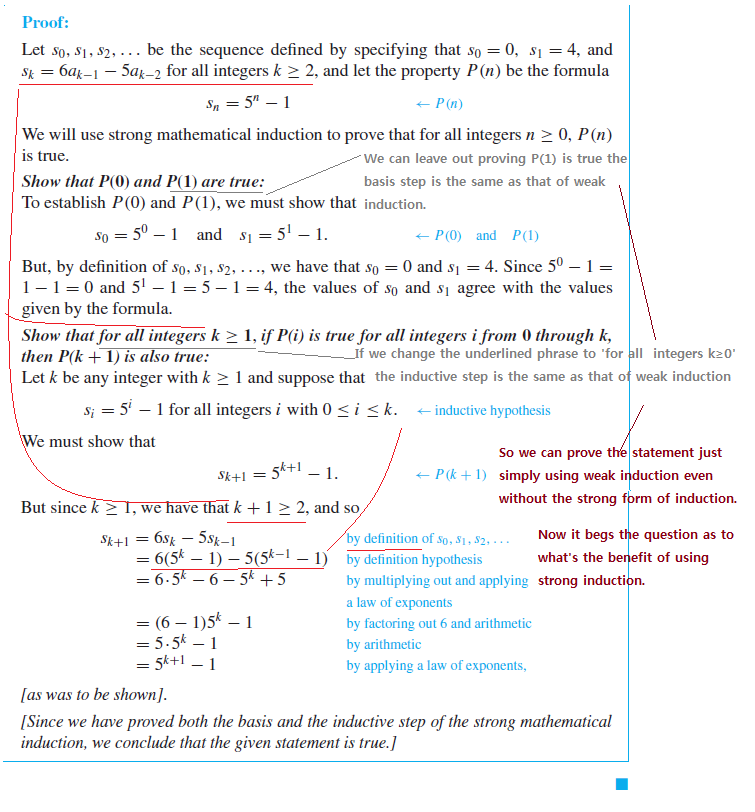 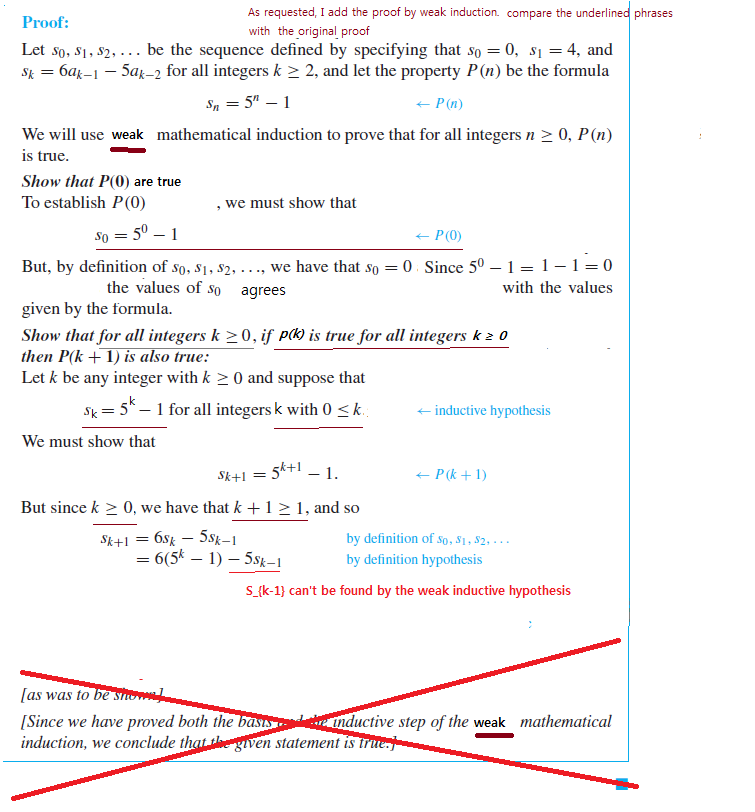 In fact the two forms of induction are logically equivalent, and every argument using strong induction can be converted to one that uses ordinary induction, but the conversion requires changing the proposition $P$. I can’t remember whether Epp proves the equivalence; if she does not, leave a question, and I’ll explain further.

In practice one simply uses whatever form of induction is convenient. I really wish that elementary texts didn’t make such a big deal of the difference: it’s not really very important, apart from the fact that so-called strong induction is in many ways a better introduction to more sophisticated forms of induction like structural and transfinite induction.

Strong Induction is more intuitive in settings where one does not know in advance for which value one will need the induction hypothesis.

Every integer $n \ge 2$ is divisible by a prime number.

If you want to do this with weak induction you will have to change the statement you want to prove to something less intuitive.

Often it's conceptually easier to think about an argument in terms of strong induction. It is true that you can always recast the proof in terms of weak induction (though I don't exactly follow the comments you're making on the example in the question--what you have to do to make the argument use weak induction is change the statement you are proving by induction from "$P(k)$" to "$P(i)$ is true for all $i\leq k$"), but it is a bit simpler to use strong induction directly. I could turn your question around and ask you: why should you ever use weak induction, when it's replaceable by strong induction? It's largely a matter of taste, and which version leads to a more easily understood proof for the particular problem you are trying to solve.

3
Proving insertion sort using induction
2
n-cents stamp (Strong induction)
1
Why it's $2^8-127$, not $2^8-(-127)$ when "two's complement of $a$" is $2^n-a$ in binary notation?
0
Mathematical induction condition "p(k)$\Rightarrow$p(k+1)" for the divisibility by a prime number
1
Strong Induction Proof of amounts of money
0
Question about Induction principle, its usage and general proof.
1
Strong vs weak induction on an example from number theory
1
Am I permitted to use the truth of the base case during the inductive step in a proof using weak induction?
1
How is the inductive hypothesis in strong mathematical induction different from that in ordinary induction?
1
Mathematical Induction vs Strong Induction