To find whether the function is one-one and onto and also to proof a function bijective.

If I understand correctly, your function $f$ from $\mathbb R$ to $\mathbb R$ being defined just for integers, we have to interpolate in order to get a bijection.

It is clear that $f$ must be necessarily non-continuous because of intermediate values theorem. 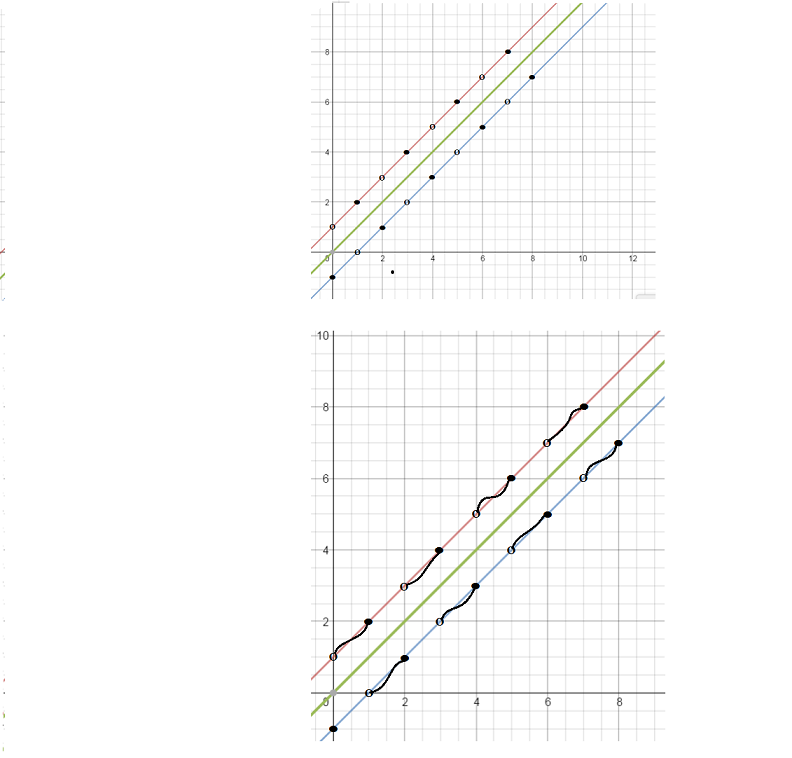 Not the answer you're looking for? Browse other questions tagged functions functional-equations or ask your own question.