Let the vertex of an angle $ABC$ be located outside a circle and let the sides of the angle intersect equal chords $AD$ and $CE$ with the circle. Prove that the angle $ABC$ is equal to the half the difference of the angles subtended by the chords $AC$ and $DE$ at the center. 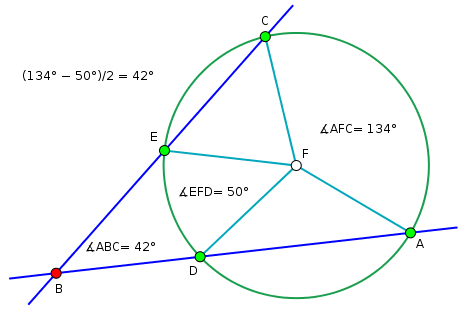 That's what my computer algebra system says. Now for the other half of the task. There you are talking about differences between angles, so recall

Construct the line through $E$ parallel to $AD$, intersecting the circle at $G$: 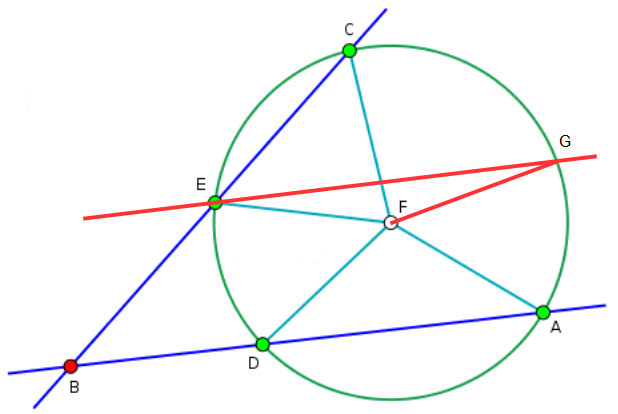 Triangles $FDA$ and $FCE$ are mutual images by the orthogonal symmetry with respect to the internal line bissector $(L)$ of angle $(EF,ED)$. As straight lines $ED$ and $EF$ make the same angle wrt to $(L)$, their intersection point, $B$, is on $(L)$.

This symmetry with respect to $BF$ allows to restrict our reasoning to triangle $BCG$ (where $G$ is the intersection of line $BF$ with the circle which is the farthest from $B$).

The following proof is "à la Euclid", by ''angle chasing''.

Let us give names to the following (unsigned) angles:

Thus, we have the following relationships:

which is equivalent to the desired relationship. 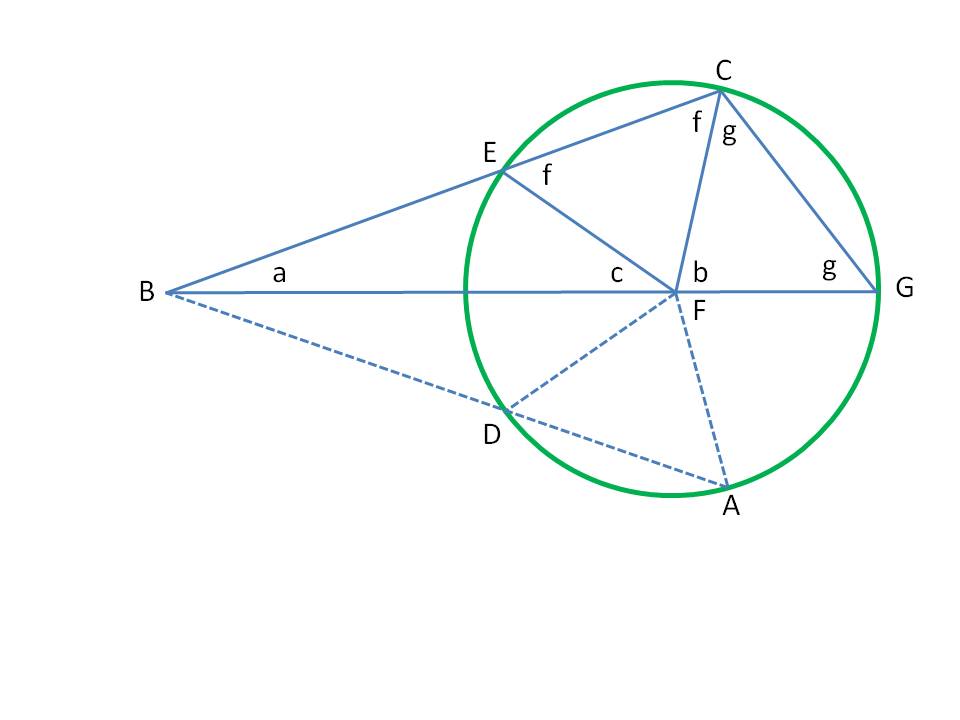 0
Find the length of the chord and the distance between parallel chords, given their angles
1
Finding angles from some other angles related to incircle
1
Circle geometry: nonparallel tangent and secant problem
3
a geometry problem about inscribed and circumscribed circle radius.
3
Finding the angle between the $2$ radii of a circle
1
Proving the Secant Angles in the Circle
5
Triangle and Circle maximization problem
1
Circles and tangent.
0
Approach on solving a word problem based on cyclic geometry
0
Angle bisectors and related circumcircles