This is called the Universal Chord Theorem and is due to Paul Levy.

Note: the accepted answer answers only the first question, so please read the other answers too, and also this answer by Arturo to a different question: https://math.stackexchange.com/a/113471/1102

This is being repurposed in an effort to cut down on duplicates, see here: Coping with abstract duplicate questions.

For any other positive $r$ we can find such a continuous function for which there is no $c$ such that $f(c) = f(c+r)$.

For any positive $\displaystyle r$, consider the following example, due to Paul Levy.

Apparently this is called the Universal Chord Theorem (due to Paul Levy!).

I have first encountered this result in the book Van Rooij, Schikhof: A Second Course on Real Functions. I will copy here the text of Exercise 9.P.

For this questions only the first and the third part are relevant. And the first part has been already solved in other answers.

Let us spell out in details construction following the hint from the third part. (Although the hint given there already gives quite a good idea how to proceed.) This is slightly different from the examples given in other answers.

Then arbitrary function defined as above (i.e., with the prescribed values in the points $0$, $1-n\alpha$, $\alpha$ and extended from $[0,\alpha]$ to the whole interval using $f(x+\alpha)=f(x)+1$) satisfies the required conditions.

Such function for a specific choice of $\alpha$ is illustrated in this picture: 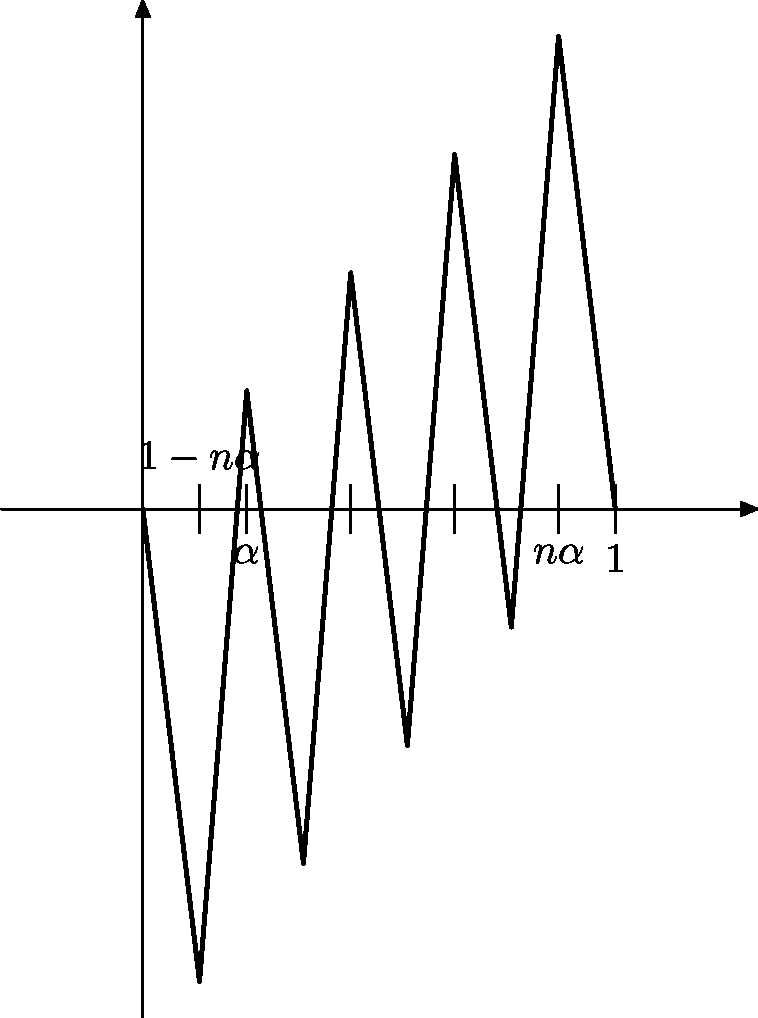 For comparison, here is plot of Lévy's function mentioned in Aryabhata's answer for the same value of $\alpha$ can be checked on WolframAlpha.

Not the answer you're looking for? Browse other questions tagged calculus faq or ask your own question.