Understanding the first fundamental form of a surface, how the parametrization doesn't matter.

The following is an excerpt from Pressley's Elementary Differential Geometry on the definition of the first fundamental form. However, there are some parts of this concept that I'm unclear about. It says in the bottom of this excerpt that the coefficients E,F,G and the linear maps du, dv depend on the choice of surface patch for $S$. Here, the patch is $\sigma$. But then, I don't understand how the first fundamental form is an inherent concept of the surface, that is the expression varies under different parametrizations of the same surface and the same point on it. So I can't understand why in the final line, it says "but the first fundamental form itself depends only on $S$ and $\mathbf{p}$.

So to make my question clear, there are theorems that show that the fundamental form determines many properties of different surfaces, such as surfaces that have the same fundamental form are locally isometric etc. But from what I understood from the below definition is that the first fundamental form is an expression, of which is determined by the coefficients $E, F, G$ and the linear maps $du, dv$. But these depend on the parametrization of the surface. So for the same surface and the same point on it, we can have two different expressions,say, $Edu^2+2Fdudv+Gdv^2$ and $\bar{E}d\tilde{u}^2+2\bar{F}d\tilde{u}d\tilde{v}+\bar{G}d\tilde{v}^2$. So the specific choice of parametrization seems to matter, but then how can we use this to talk about inherent properties of different surfaces? I would greatly appreciate any help to understand this. 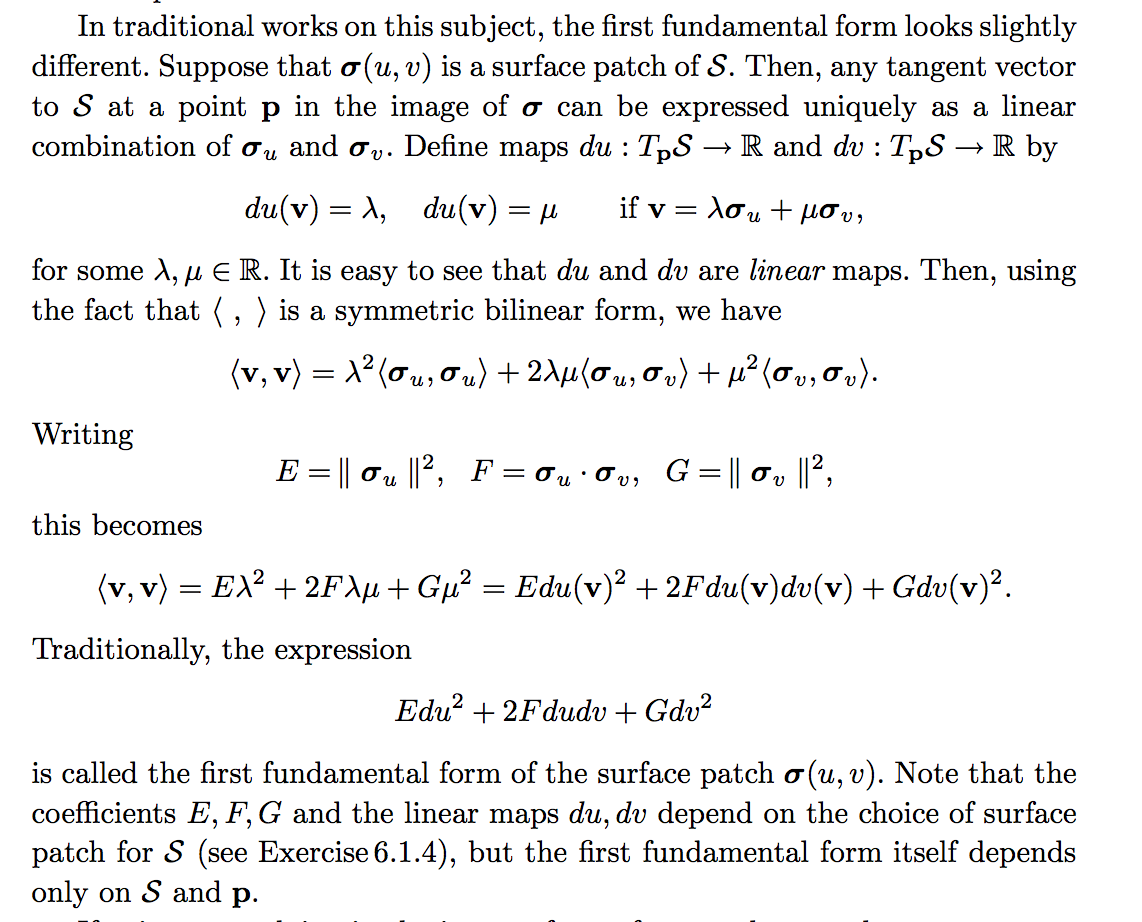 Not the answer you're looking for? Browse other questions tagged differential-geometry riemannian-geometry surfaces differential-forms or ask your own question.